KOREANDOGS.ORG Table at the North Florida VegFest in Tallahassee

posted by KoreanDogs.org team on April 8,2015 in Campaign, Event

On April 4, 2015 we gave away about 500 KoreanDogs.org promotional items including hats, t-shirts, Frisbees, tote bags, and key tabs at the VegFest. Special thanks to Sally Sanders and her son Todd and daughter-in-law Leslie for helping. Hundreds of people expressed interest and concern about the extreme cruelty of the dog and cat meat trade. The VegFest was a spectacular success with thousands of compassionate people attending. 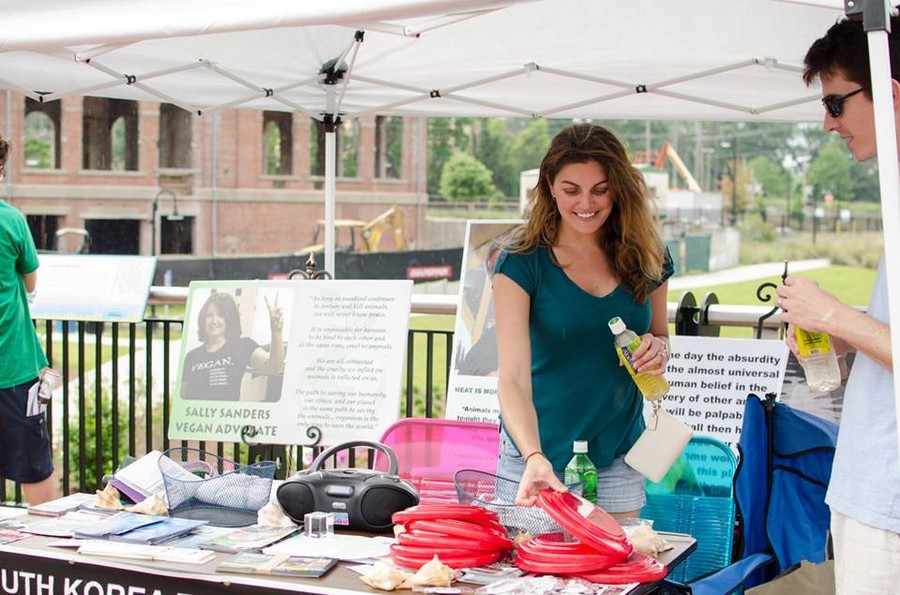 I thank vegan advocate Sally Sanders and her son Todd and daughter-in-law Leslie for helping. 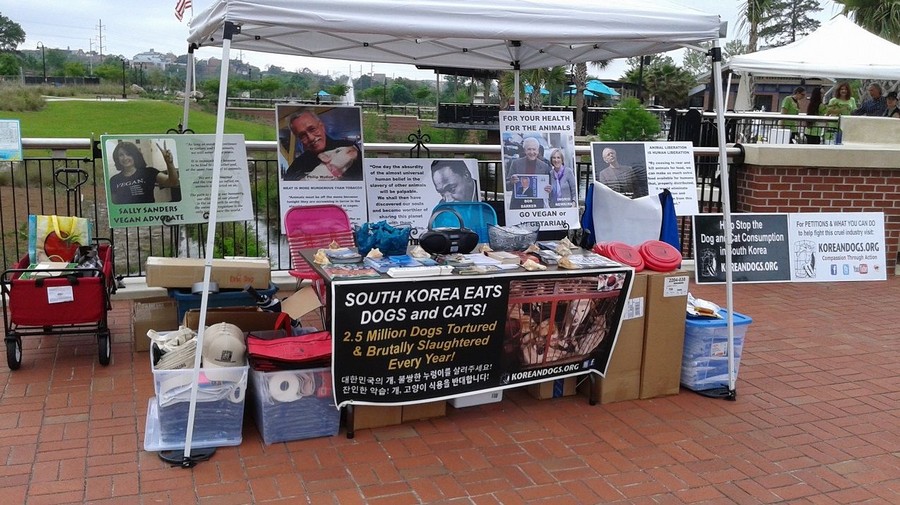 Here is our table at the North Florida VegFest in Tallahassee. 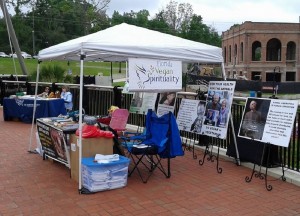 Sally Sanders is an ethical vegan. She is planning an event to focus on the spirituality of food. The only cruelty-free dietary lifestyle is veganism. 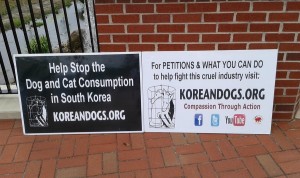 We had five signs promoting veganism in addition to these two KoreanDogs.org signs. 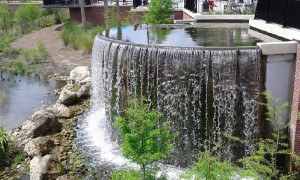 We had the best location in Cascades Park, right in front of the cascade itself. 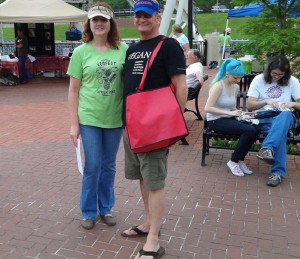 Sally was one of the main organizers of the VegFest. She and Mark helped us at the KoreanDogs.org event at the Mayday Parade concert in Tallahassee last November. 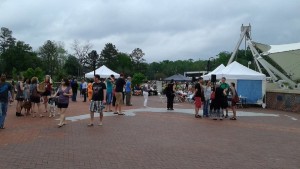 The plaza at the park was the perfect venue for the VegFest. That’s a depiction of the state of Florida with the counties outlined 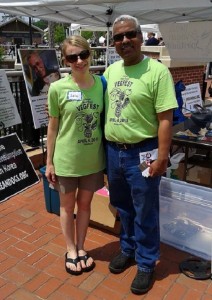 Julie and Colin were two of the organizers. Terrific job! Well done! 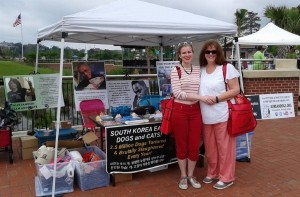 Kat and her daughter were very interested in what I had to say about the dog and cat meat trade. These two lovely ladies truly care about animals. 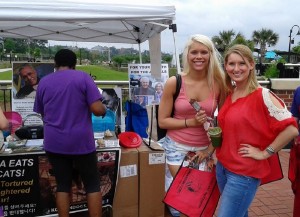 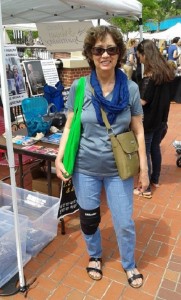 Ruby contributed leaflets about the cruel fur and wool industries. Thanks, Ruby. 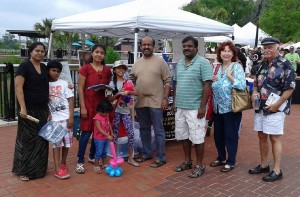 People of all ages and ethnicities are concerned about animal abuse. 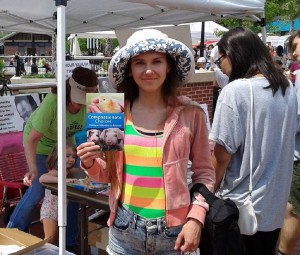 Anna has helped us promote veganism at other events. She’s cute and I like the way she dresses. 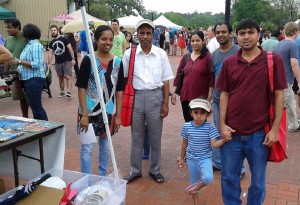 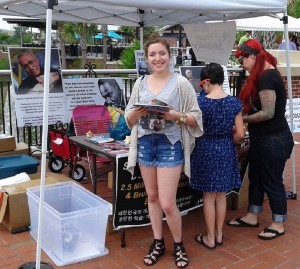 Carolina cares deeply about the well being of animals. We gave her a t-shirt and several other items. 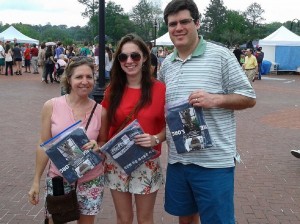 We gave away all the t-shirts we had, probably about 75 KoreanDogs shirts and about 40 left over from my Dolphin Day event. 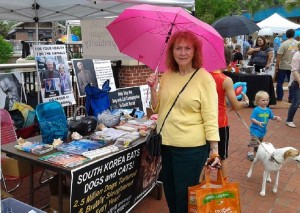 Judy was smart to bring an umbrella. It was very sunny and it rained later. 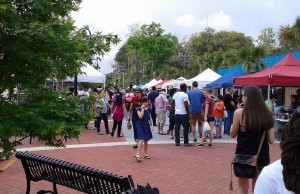 There were well over the anticipated 2,000 attendees at the VegFest. My personal guesstimate is over 3,000. 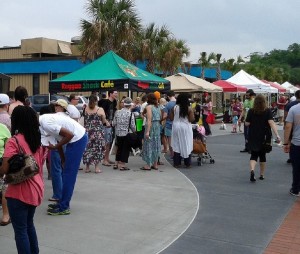 The vegan food was delicious and affordably priced. 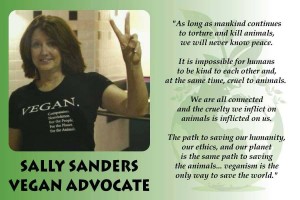 Sally and the other organizers did a terrific job. I’m looking forward to returning next year. 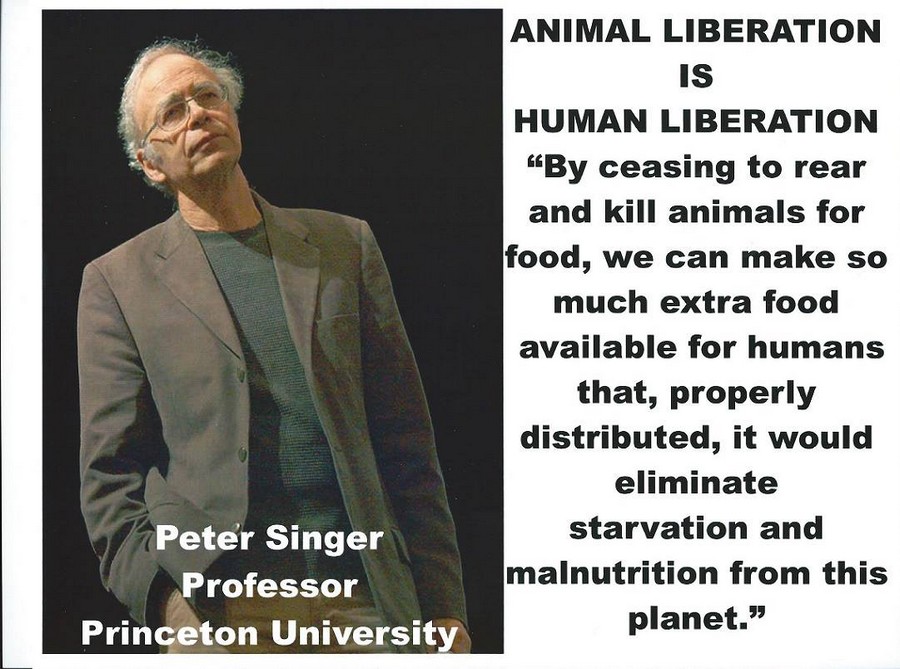 I can only hope that some day we will all live in a vegan world.

Thank you, Bob, Sally, Leslie, Todd, Mark, Julie, Colin and everyone who helped out!!! We are grateful for your compassionate hearts for the South Korean animals in the horrific dog and cat meat trade! Your dedication to help save the Korean dogs from horrendous cruelty is inspirational to all of us. Our words are spreading. The movement to fight this horrific cruelty and the terrible injustice has began thanks to all of you!