posted by KoreanDogs.org team on October 23,2014 in Campaign, Event 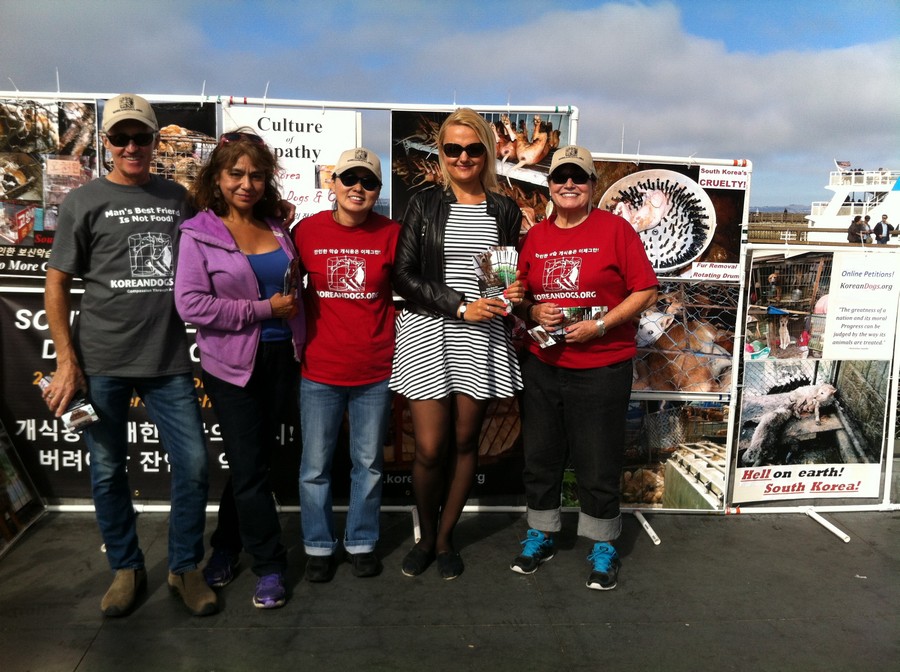 Our wonderful volunteers – Thank you!!!

Every day is a great day to advocate against cruelty. But Sunday, October 19, 2014 at San Francisco’s Fisherman’s Wharf was especially perfect with warm sunshine and breezes. We had another tremendous day speaking out against the horrendous cruelty of the South Korean Dog and Cat Meat Trade with over 1,000 leaflets handed out and 187 petition signatures collected by five wonderful and dedicated volunteer campaigners. Thank you to Sam, Don, Liliana, Katie, and Giny for giving South Korean meat trade dogs a voice at San Francisco’s most visited, and one of the world’s most famous tourist destinations.

We had lots of good conversations with hundreds of people from all over the world – most of them encouraging and thanking us for being there. Many are shocked to find out this is happening in the country they are familiar with for the products they use everyday such as Samsung, Hyundai, Kia, and LG.

We also met a Korean family, a father with what I assume were his two young daughters, who were sympathetic to our campaign, and the two young ladies signed our petition. The father mentioned that he has seen these anti-dog meat protests and petition drives in Korea many times. He declined to sign our petition despite the urging by his daughters but he reluctantly agreed to sign our online petitions. There were many other Koreans and Korean-Americans walking by our displays, shocked to see us there but not wanting to talk to us. We hope that we were able to spread the message that we care about these animals and we will not stop asking for the public’s help to bring an end to the inhumane dog-meat industry in South Korea.

Robert F. Kennedy said, “Each time a man stands up for an ideal, or acts to improve the lot of others, or strikes out against injustice, he sends forth a tiny ripple of hope, and those ripples build a current which can sweep down the mightiest walls of oppression and resistance.” On this day, we spoke out loudly in opposition to the terrible injustice against the millions of man’s best friends in South Korea and we hope to have inspired many others to do the same. 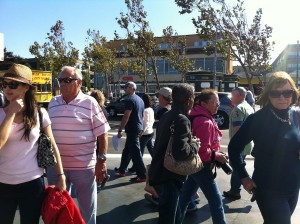 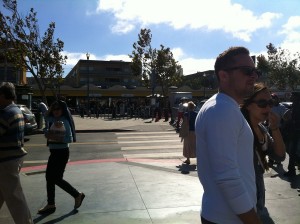 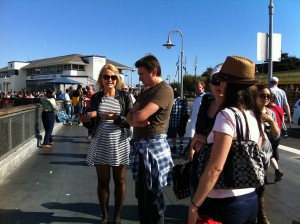 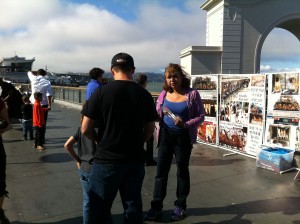 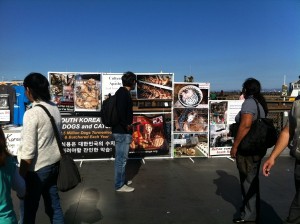 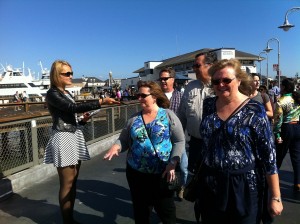 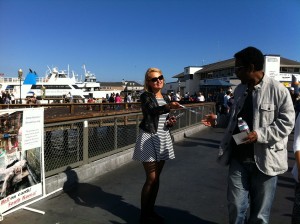 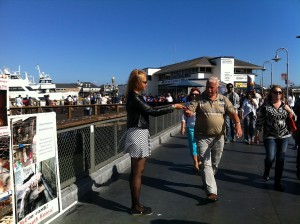 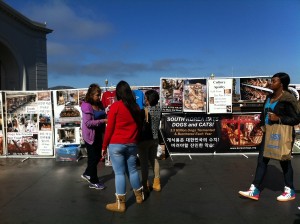 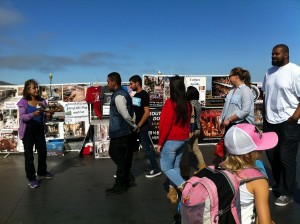 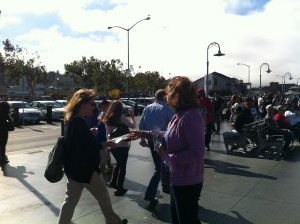 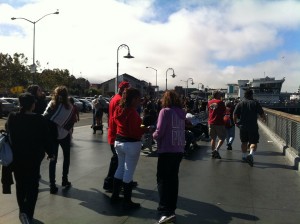 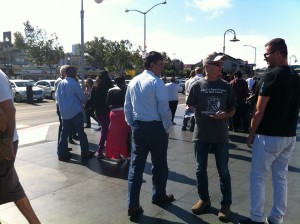 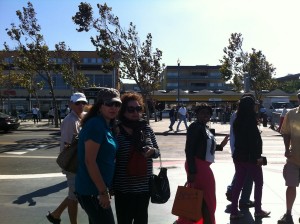 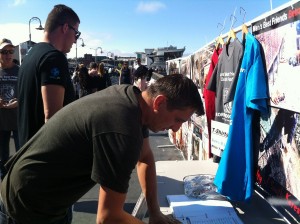 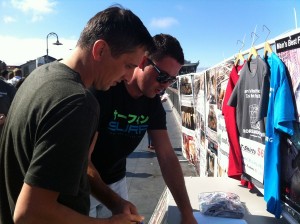 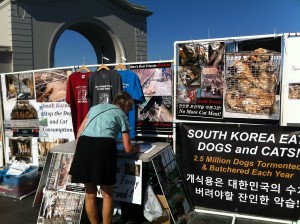 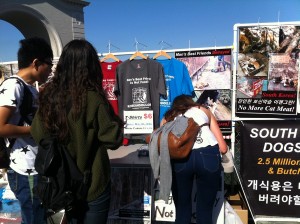 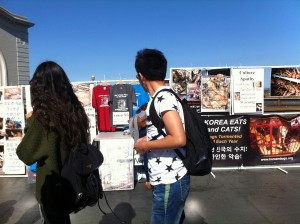 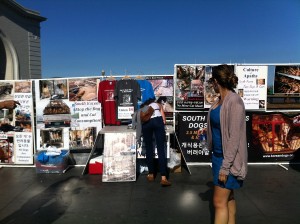 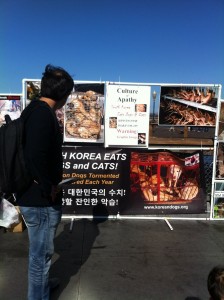 [Update on 11/4/14] Mailed the petition signatures we collected from our event to the South Korean President Geun-Hye Park today!

We enclosed in the package to President Park petition letters for the following petitions with the petition signatures we collected from our event on October 19, 2014 at the Fisherman’s Wharf in San Francisco: 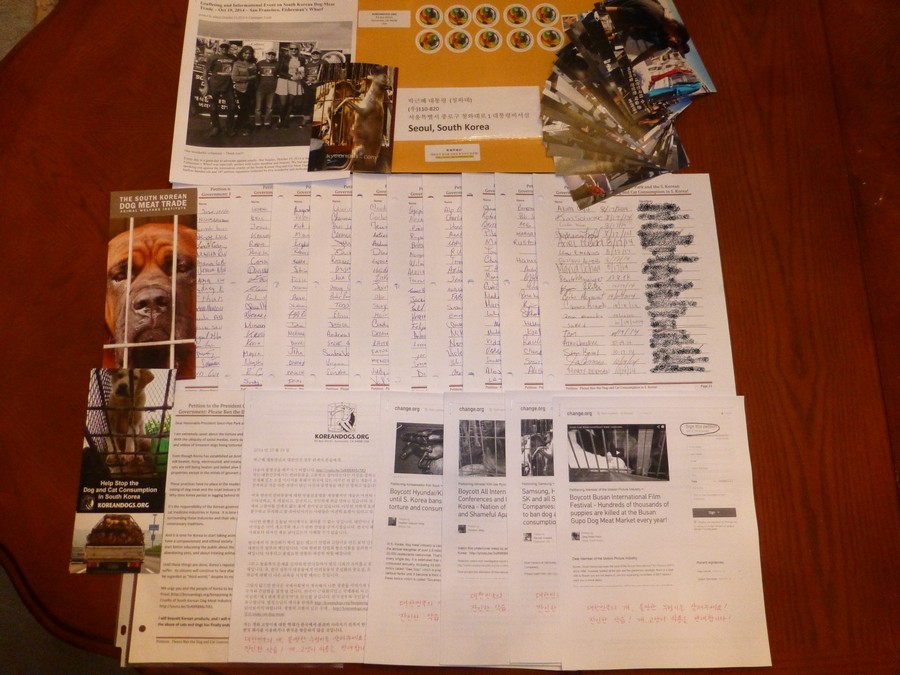