posted by KoreanDogs.org team on August 29,2017 in News, Pyo Changwon

On May 28, through social media, Dr. Pyo stated that he will continue his legislative effort to illegalize the dog meat industry.

Dr. Pyo pointed out that “dog meat consumption is illegal” and “the dog meat industry is being neglected using sections of Enforcement Ordinances.” 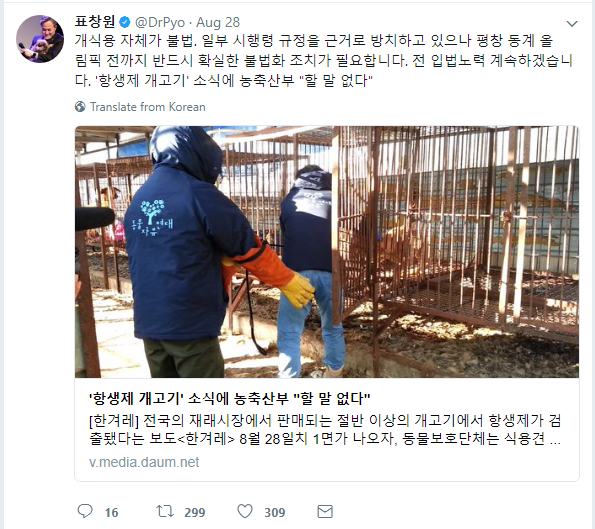 During an interview on a tv program called SBS Morningwide on September 2, 2016, Dr. Pyo declared that he thinks the “dog meat industry and culture should be abolished.”

On August 31, 2016, he presented a proposal to amend the Animal Protection Law. The proposed amendment contains provisions to reinforce punishment for animal cruelty; allow anyone to rescue abused animals; suspend the license of any business committing animal abuse; confiscate animals; and restrict animal ownership by animal abusers.

Dr. Pyo has undertaken a difficult battle to save Korean dogs from horrific cruelty and keep Korea’s image from being further tarnished. There will be backlash from dog meat consumers and the dog meat industry in an attempt to preserve their livelihood. Please keep the pressure on South Korea. Let’s make this happen! Sign the Petition to support Dr. Pyo. 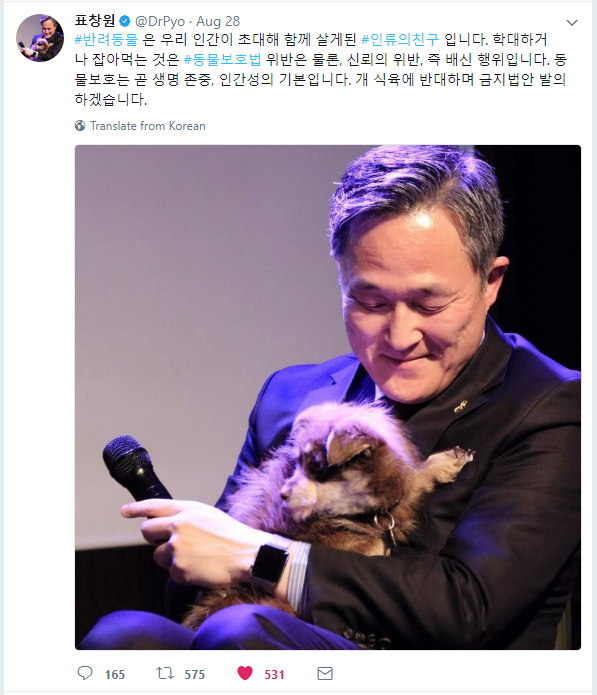