Korean news Hankyoreh reported on March 20, 2018, that if the new Constitution to be proposed by President Moon Jaein passes, provisions for a national policy on animal protection will be established.

Under the current civil law, humans and objects are defined; animals are considered objects, a possession by humans. However, the proposed constitution will specify humans, animals, and objects separately.

Mr. Ha Seung-Soo, Attorney and Vice Chairman of the Special Advisory Committee on National Constitution stated, “Under the current civil laws, animals are considered objects, but if the Constitution is amended, animal protection becomes the responsibility of the nation (government) and specific laws and regulations will be established.”

Animal rights groups that have been campaigning for the constitutional amendment expressed their excitement. Korea Animal Rights Advocates'(KARA) director Jeon Jinkyeong stated that, “The significance of establishing an animal protection policy means that the government takes responsibility for the animals in a judicial way. It is a first among Asian countries. While India declared animal rights in their Constitution ahead of us, the proposed amendment is expected to go one step further.” Ms. Jeon also said, “There has been difficulty in animal protection such as with puppy mills and mass animal disposal because the nation’s responsibility is not clarified in the law, but if the constitution is amended as proposed than we expect that there will be big changes.”

KARA stated that one disappointment is, that despite these progressive developments, the proposed amendment still falls short of acknowledging animals as “living organisms with the right not to be subject to suffering or unjust treatment”.

KARA also stated that it is up to the National Assembly to decide whether to vote on the constitutional amendment in June; unfortunately, there is currently no consensus in the national assembly on the amendment provisions. KARA stated that if Cheongwadae is as persuasive with the assembly about the necessity of this amendment as they have shown us they can be, and actively directs the process, we are hopeful the amendment will pass. Click HERE to learn more from KARA’s post.

Click “Take Action” below add your voice to the petitions organized by the Korean animal rights activists campaigning for the amendment of constitution. 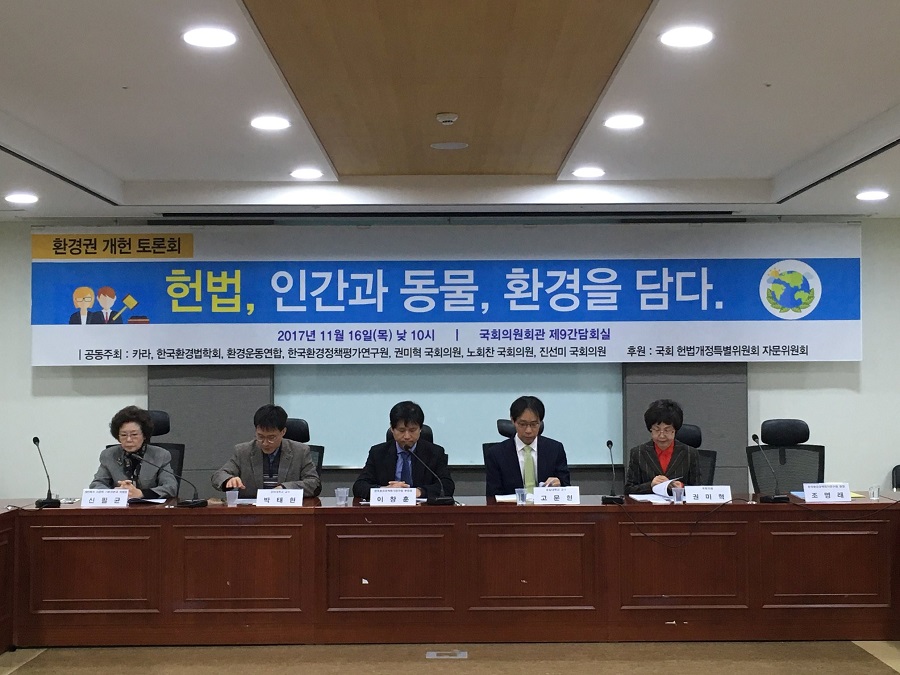 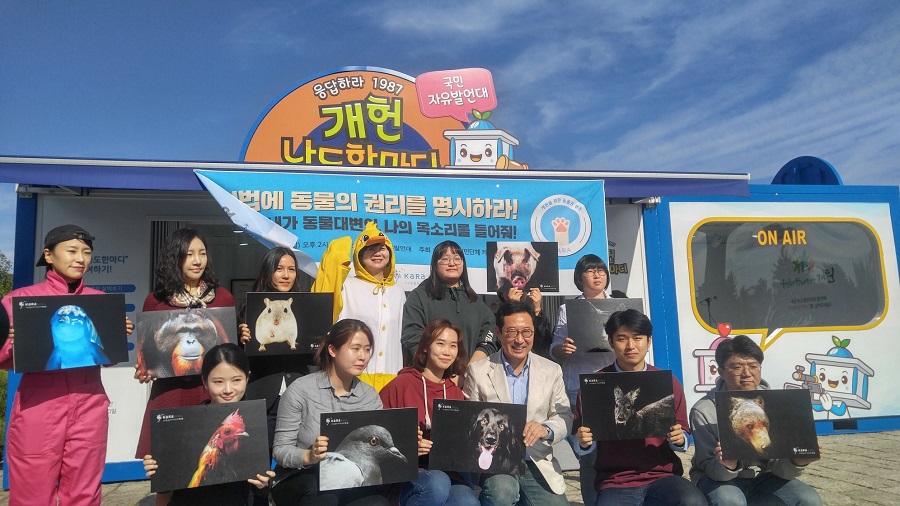