Home / Blog / The City of Jeonju and Animal Protection Group Work Together to Send Rescued Dogs from Osongje to Their Forever Homes!

The City of Jeonju and Animal Protection Group Work Together to Send Rescued Dogs from Osongje to Their Forever Homes! 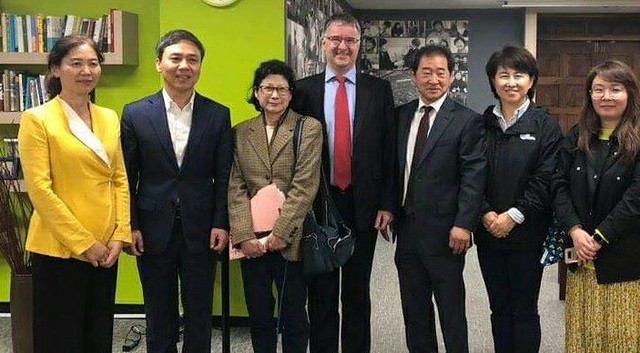 Nami Kim and her organization, SaveKoreanDogs.org, supported the city of Jeonju and the local animal protection group in closing down a dog farm, which had been illegally occupying the Ministry of Defense’s land for the past 20 years, by assisting with the care and adoption processes of the 10 dogs rescued from the farm. They also met with the mayor of Jeonju, Kim Seong-Su, to thank him for his support and to urge him to end the dog meat industry in his city. Will Jeonju become a dog meat-free city? Nami seems to be encouraged by the meeting. She travelled 10 hours round trip to attend this meeting and said it was well worth the trip. Nami said that Jeonju is one city with a separate animal welfare unit in the city government, whereas 99% of Korean cities’ animal welfare is handled by the Animal Disease Control Department or Livestock Management Department. Nami said that Jeonju could be another city moving towards becoming dog meat free, and that Mayor Kim is young and will be re-elected in June. SaveKoreanDogs.org will be helping the city in this effort by analyzing the numbers of dog meat farms and dog meat restaurants in the city. There is so much work that SaveKoreanDogs.org needs to do together with the city, and she asks that we write Mayor Kim and thank him for his decision. He reads and writes English. Mayor Kim’s email is: [email protected] 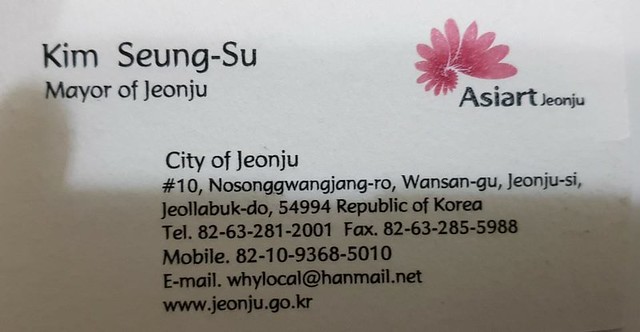 Below is a translation of an article on Joongdo news on March 28:

The city of Jeonju announced on the 28th of March, that the 10 dogs rescued from an illegal dog farming operation in Osongje, Songcheon-dong (a district in Jeonju) have entered the adoption process. The dogs, who were being raised at the dog farm until city and regional animal protection groups teamed up to rescue them on the 23rd of March, include one retriever and nine 3 to 6 month-old mixed breed puppies. 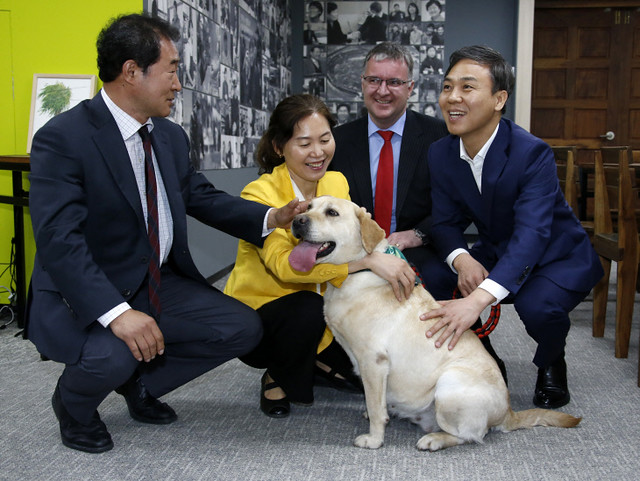 Photo: From Nami: A “meat dog” has become a star at the Jeonju City Hall. Olivia walked into the mayor’s office, was featured on TV, and had two newspapers covering her story with more to come. Gina and her team, Action for Animals, did a wonderful job. What a fantastic team. The puppies rescued together with Olivia are at the SaveKoreanDogs.org sanctuary preparing for their adoption process.

The city shut down the illegal dog farm and worked with the animal protection group “Action for Animals” to convince the farm owner to forfeit ownership of the dogs.

After careful consideration with the members of the animal protection/welfare groups, the officials from the environmental and building departments decided to offer the rescued dogs up for adoption.

The rescued dogs were temporarily sheltered at Jeonbuk National University before being transferred to a sanctuary operated by the animal protection group, SaveKoreanDogs.org, located in Gimpo, Gyeonggi-do Province. The dogs will continue to receive care until they find new families in the U.S. or Canada. The city is also looking for a buyer for the goats that were confiscated along with the dogs.

Five representatives of the organizations involved, met with the mayor of Jeonju, Seung-Su Kim, to show gratitude for his support and assistance with the rescue. They included Dr. Chae-Woong Im of Jeonbuk National University’s Veterinary School, Commissioner Jeong-Hee Park of the Jeonbuk Environmental Protection Association, Ji-Sook Nam of Action for Animals, Nami Kim of SaveKoreanDogs.org. Osong (Olivia), the 3-year-old rescued retriever, happily accompanied her rescuers on the visit.

The representatives also delivered a message on behalf of the Jeonju residents, asking that the mayor ban dog meat and to support animal protection efforts.

Jeonju city officials stated, “The number of pet owners is steadily increasing, and we hope that this incident will be an opportunity for city residents to learn more about animal welfare. We are committed to completing the research projects and developing a master plan for Jeonju so that we can improve the lives of all companion animals.”

Please donate to SaveKoreanDogs.org so that they can continue their rescue and fight against the dog meat trade in South Korea. 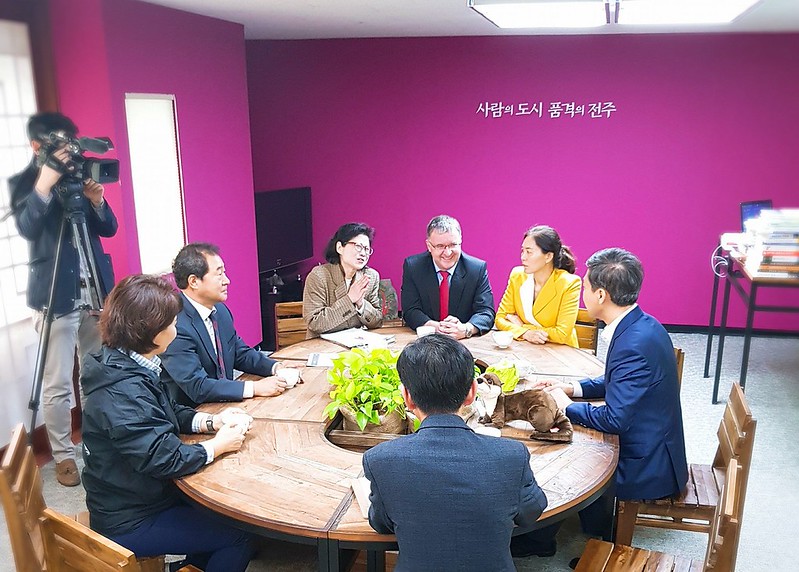 We just liberated the dog farm near our apartment for the second time! The dog farmer broke his promise and the contract he signed 1.5 years ago to refrain from such activity. We are looking into whether we can sue him.

After a huge media campaign we were able to convince Jeonju city to help us liberate the dog farm again. This time the city and the Korean military will hopefully shut this horrible place down by force!

The dogs were rescued this afternoon. Here’s a video of today’s rescue.

We could not have rescued these dogs without the help of Action for Animals (rescue) and SaveKoreanDogs.org (adoption). A big THANK YOU to all!

Video: Gina Nam. This is video of this dog farm from back in June of 2016 when the dog farmer promised to close down the dog farm. He broke his promise and was continuing to farm/slaughter dogs.