This is a summary of Korea Animal Rights Advocates(KARA)’ announcement on January 16, 2015 on their homepage “농식품부는 방역총괄자로서 모란재래가축시장의 영구 폐쇄를 명하라!” “As the general controller of prevention of epidemics, the Ministry of Agriculture, Food and Rural Affairs must order a permanent closure of Moran Livestock Market!”.

KARA wants the Moran market, where all kind of animals are held, slaughtered and sold (including DOG MEAT), to be closed.

Avian influenza has appeared at the Moran market. The authorities couldn’t trace the root of infection.

Last year, on the 14th of December, KARA rescued ‘Duri’ from Moran market in SeongNam, where Avian Influenza (AI)was discovered in poultry livestock. Just After ‘Duri’ was rescued, he was diagnosed with Canine Influenza and Distemper. Veterinarians tried everything but unfortunately he died on 3rd of January. We suspect that the Moran market’s AI was the cause of Duri’s death.

A lot of people visit the Moran Market from all over the country, where living animals like dogs, cats, goats, chickens, ducks etc, are locked up in poor conditions (as you can see in the picture). That is why the Moran market has the potential of not only having zoonosis but also interspecies transmission.

Even with the AI outbreak, the Animal and Plant Quarantine Agency banned only poultry trading and allowed business with other living animals, like dogs and cats, as usual to operate.

To prevent the outbreak of the virus from the Moran market’s cross-species variation, transmission and massive scale of infectious diseases, all of Moran market’s living animal trading should be stopped for good.

The Moran Market has the potential of spreading all kinds of contagious diseases so we urge them to close down!

The Ministry of Agriculture, Food and Rural Affairs should take actions to block the spreading of animal disease and protect national health by closing down the Moran market as soon as possible.

See the contents of the manifesto in Korean :
http://www.ekara.org/board/bbs/board.php?bo_table=community01&wr_id=4057 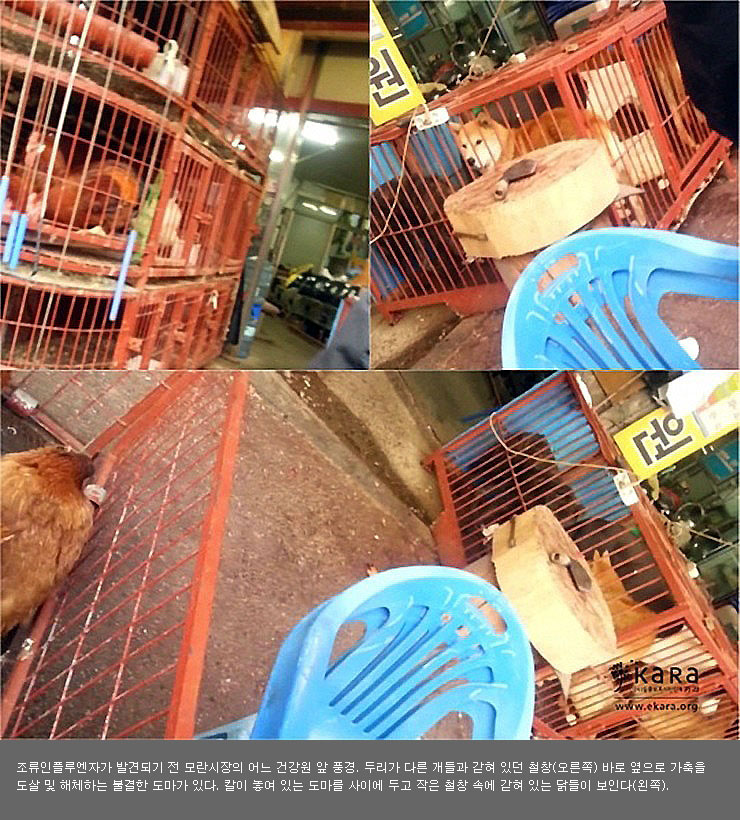 The scene of a health food shop at the Moran Market before the Avian Influenza was discovered. Right in front of the cage where Duri was locked up with other dogs (right), there lays a cutting board where the animals were slaughtered and cut up. On the cutting board with a butcher knife on top in the middle, we can see the chickens locked up in cages (left). 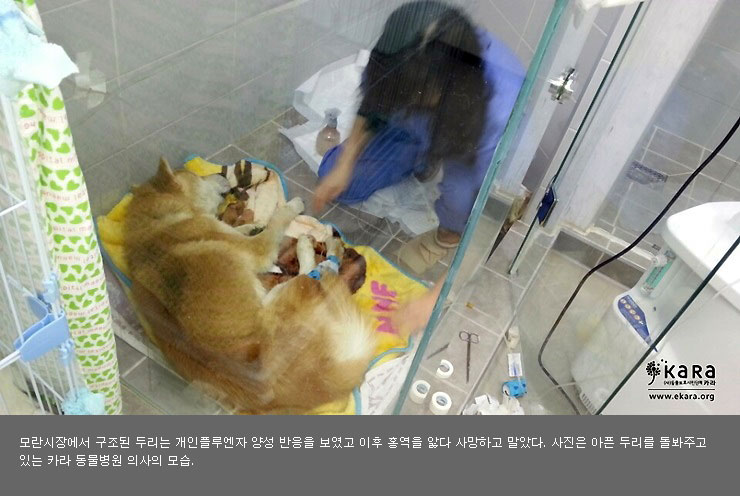 The Moran market rescue, Duri, was diagnosed with dog influenza and suffered from canine distemper before passing. Photo is KARA’s veterinarian treating Duri. 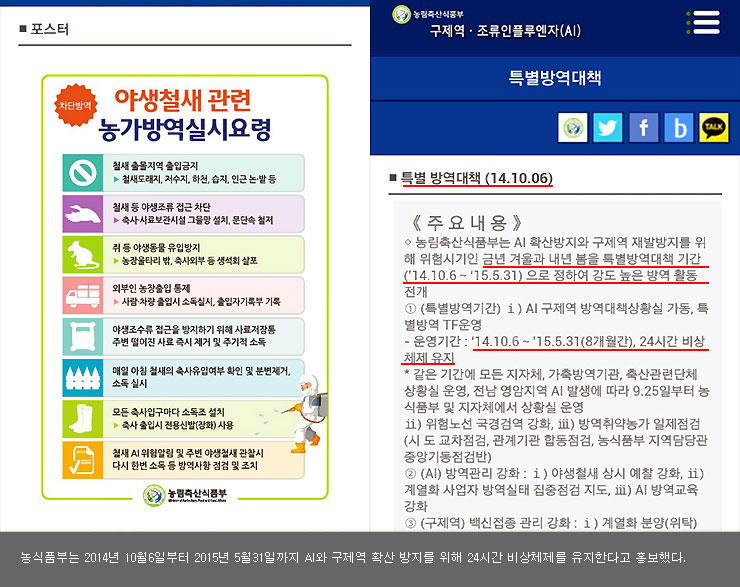 The Ministry of Agriculture, Food and Rural Affairs advertised that from October 6, 2014 through May 31, 2015, they are maintaining a 24 hour state of emergency to prevent the spreading of Avian Influenza and Foot-and-mouth disease. 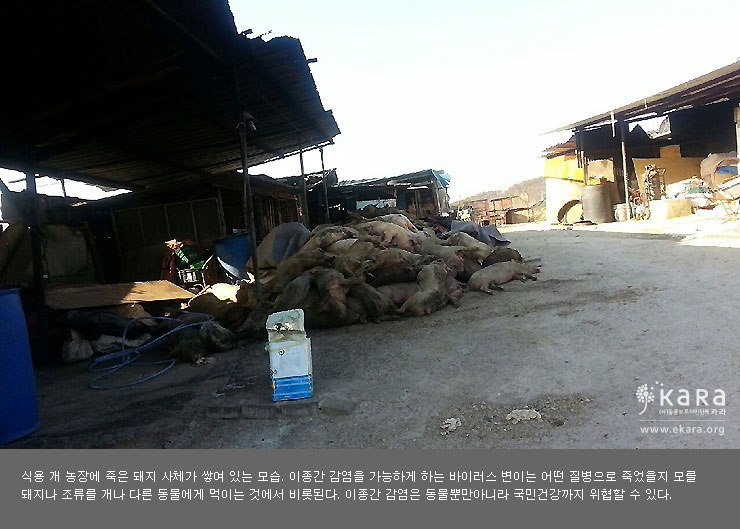 Bodies of dead pigs are piled up in the dog farm where dogs are raised for human consumption. The mutation of the virus that enables contagion across the species is caused by dogs or other animals being fed the pigs or birds that are dead from undetermined diseases. This contagion across species can threaten not only the animals but the health of our citizens.