We received a response from the offices of Governor Rick Snyder, in Michigan, regarding our campaign asking them to take action over the dog-meat trade in Gyeonggi Province in South Korea, who they have business-related agreements with. And, whilst we are grateful for a response from Governor Snyder’s Office (on so many occasions we fail to get any sort of response from the many people and offices contacted across the globe), we are disappointed to hear that all they advise is for us to contact ‘the entities in question directly’ in South Korea.

The Governor’s representative also states that Michigan does not have a friendship agreement with South Korea, only various agreements for the benefit of economic growth etc., from which we infer that they feel unable to address the dog-meat issue with their counterparts.

We feel that they could have taken simple action, like many Mayors have done, but they declined to do so and have chosen to look the other way, putting their economic interests first and ignoring the immense suffering and terrible injustice inflicted on these animals. 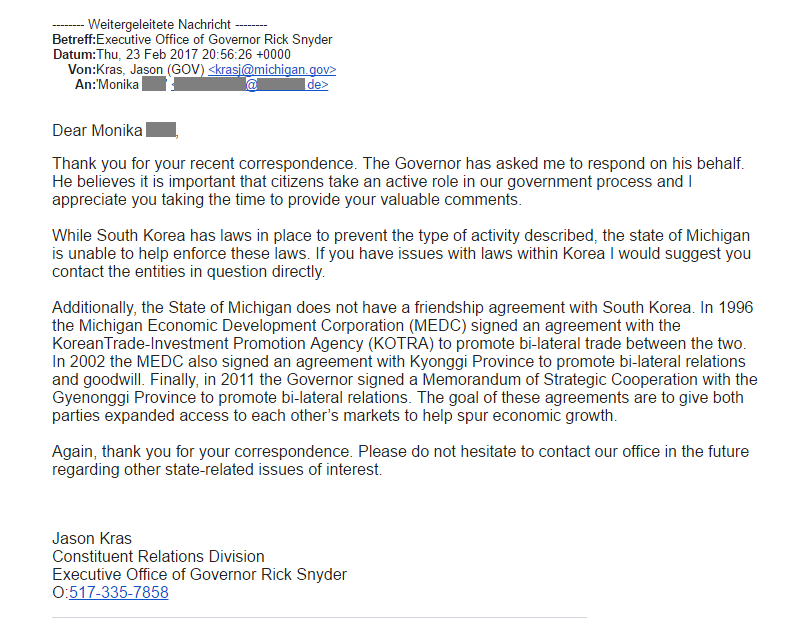