posted by KoreanDogs.org team on August 19,2018 in Boknal, Demonstration, The Animals' Battalion 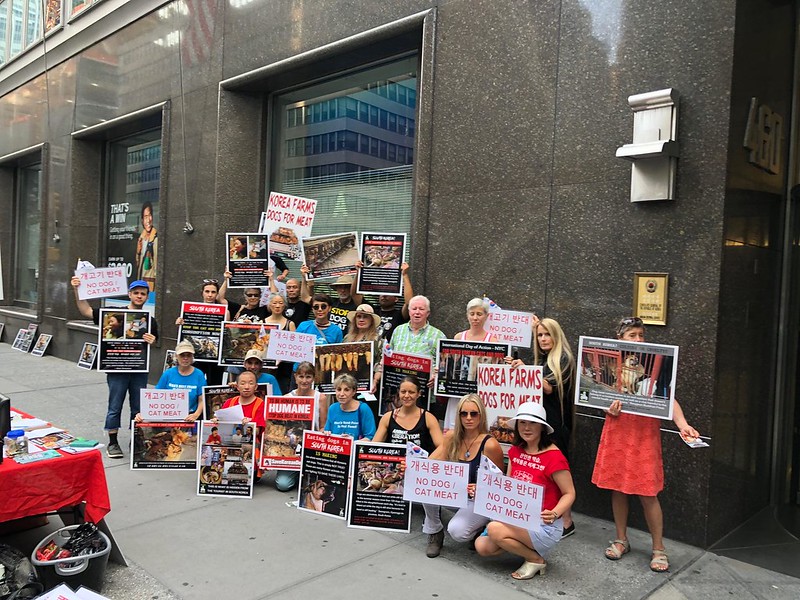 The Animals’ Battalion held a series of demonstrations in New York City, for the fifth year in a row. They demonstrated outside the South Korean Consulate, to make that government aware of how strongly we abhor their indifference to the mass cruelty and suffering inflicted on sentient animals, within the dog and cat meat trades; and also of the failure of their government to bring about an end to this evil trade which makes profits from the suffering of animals.

Thursday, August 16, was Day 3. Thank you to The Animals’ Battalion for organizing this demonstration, especially Noelia and Roberto and all the dedicated animal advocates who came to help. Thank you so much for standing up for compassion!

Many thanks to everyone who came out for our third protest in solidarity with our good friends, KoreanDogs.org at the end of the 2018 Boknal. This had been a particularly impactful season in this campaign as the issue has been quite publicly taken to the Blue House in South Korea. There is more media coverage of this topic and more demonstrations globally than we have ever seen before. It’s only a matter of time till this strand of animal abuse is eradicated and it’s going to be thanks to you folks that get involved. 🐶 😸 🐾 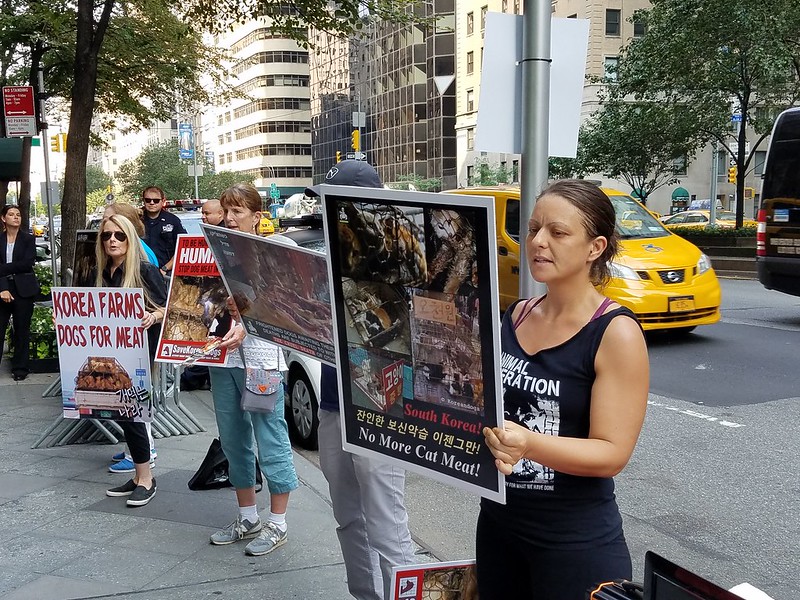 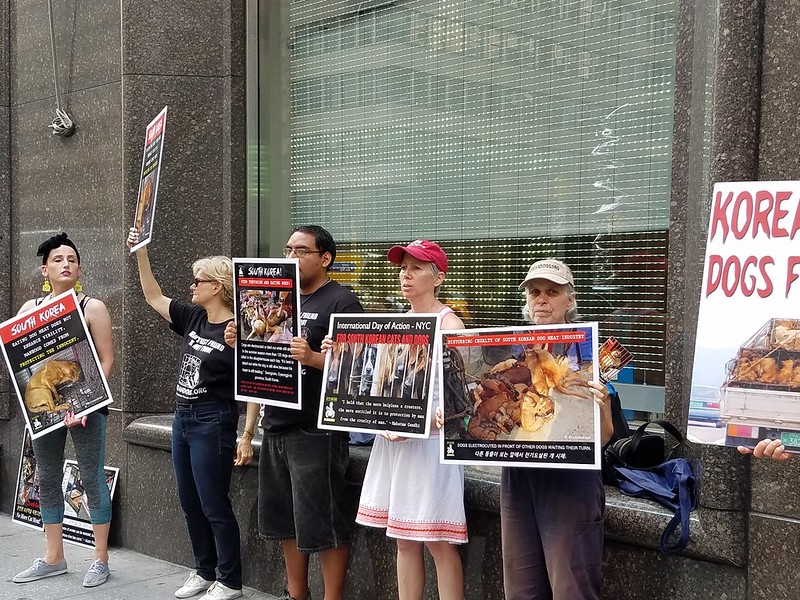 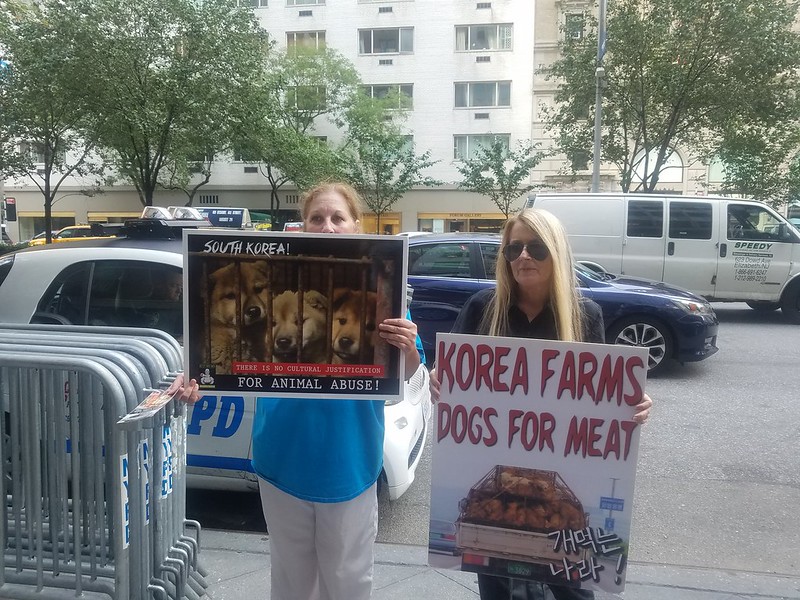 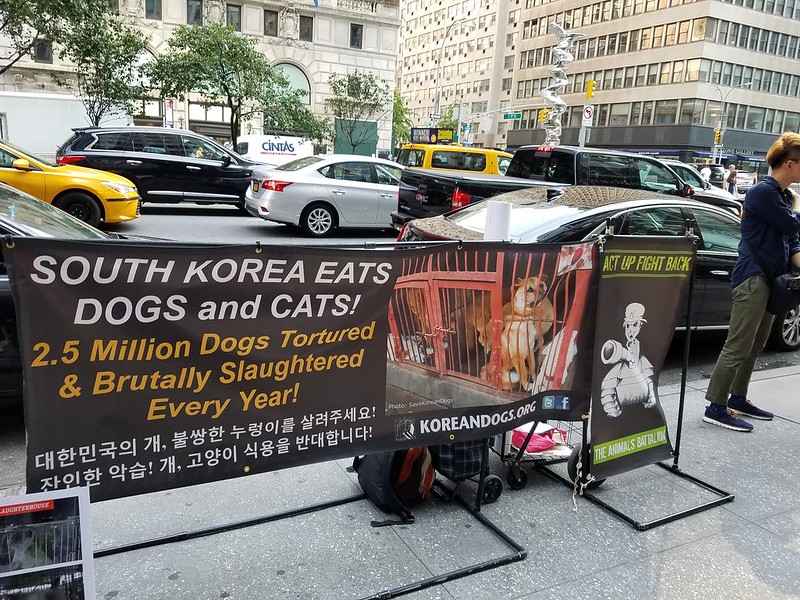