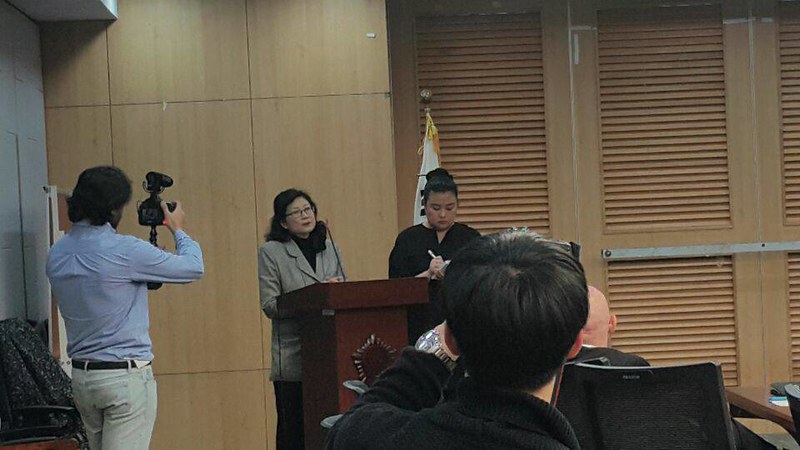 However, the amendment failed to make it to the floor for debate by the Assembly due to a lack of support as well as pressure from the dog meat industry. Therefore, a press conference was held to inform the public of the stalled legislation and to encourage the the National Assembly to take action on this amendment. Local animal rights activist Nami Kim, and the SaveKoreanDogs.org team, along with Assemblyman Pyo, have lead the effort to get this groundbreaking animal welfare legislation passed.

John Dalley, co-founder and president of Soi Dog Foundation, based in Thailand also participated in the press conference. Dalley stressed the need for education and demonstration to change the prevailing attitudes toward dog meat consumption in South Korea, stating that as long as there is a demand for dog meat, the industry will find a way to deliver the supply. He also remarked that cruelty should have no place in culture, and that ‘culture’ and ‘tradition’ are something that people should be proud of, but that South Korea is forced to hide the cruel practices of the dog meat trade from the outside world to avoid shame and ridicule. “When you’re not proud of a tradition, it’s time to get rid of it,” he said.

Assemblyman Pyo echoed these sentiments when he recounted his experiences while studying abroad in the UK, and visiting Australia. He said he felt uneasy when his classmates raised this question about dogs with him, and in Australia he witnessed a Korean girl weeping in the streets when she was confronted by animal rights activists with graphic photos protesting the Korean dog meat industry. “I want young people to be proud to be Korean,” he said.

Pyo also told of his fond, childhood experiences with dogs and puppies who he said were like his “brothers and sisters,” and also of his deep anguish and horror at having to witness adults from his hometown hanging, beating, burning, and cutting live dogs before eating them. He said he made a promise to the dogs, that when he became an adult, he would help them. “I became a congressman, a representative…I have power and a duty to make laws…so now I start keeping my promises.” Pyo said.

Approximately 450K petition signatures, including the 32K petition signatures that we collected with SaveKoreanDogs.org (We thank you, Chairman Pyo Chang-Won for standing up for rights of Korean animals!), were delivered to Assemblyman Pyo at the press conference. These petitions are still open and we will continue to collect signatures until we reach three million. Please keep signing and sharing!

There were approximately 25 reporters from various news media attended this event.
Click HERE to see one of the articles published about this event in Korean. 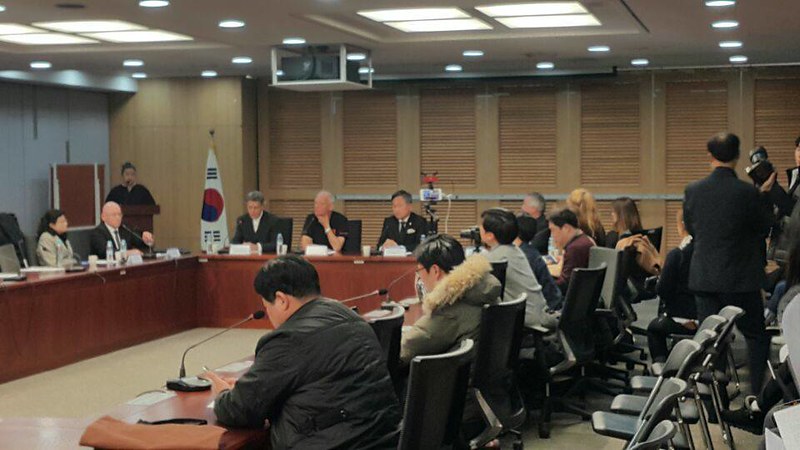 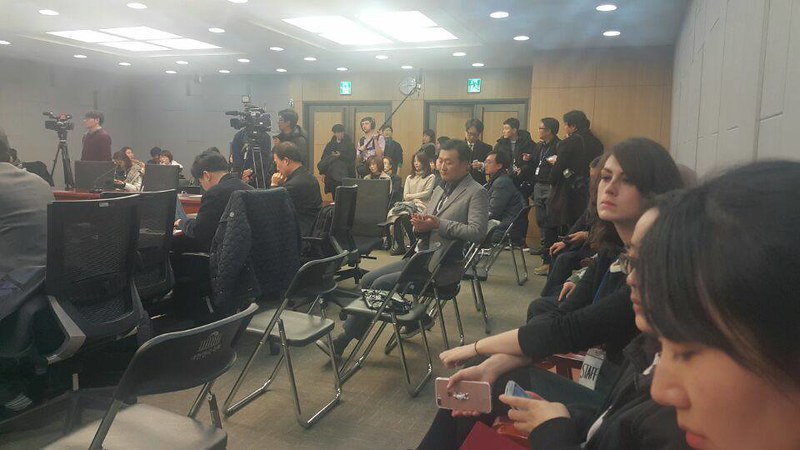 Below is Facebook live feed video from Assemblyman Pyo’s page: