posted by KoreanDogs.org team on March 25,2016 in Event

Having performed for such public figures as President Obama and Queen Elizabeth, U.K. Star Sarah Shirakbari, “Rumer” will be performing at a fundraising concert in support of Nami Kim and her team’s Anti-Dog Meat bus campaign this Saturday, March 26th in South Pasadena Public Library Carnegie Stage.

In addition to recording a new album alongside husband J.R. Shirakbari here in LA., Rumors has been very generous and invaluable in helping Nami and her team by not only sponsoring but also fostering rescued dogs. We are so grateful for her compassion and generosity towards Nami’s campaign and the dogs she rescues- Rumer has even offered to hand out our campaign leaflets at her concert. Thank you, Sarah!!♥ 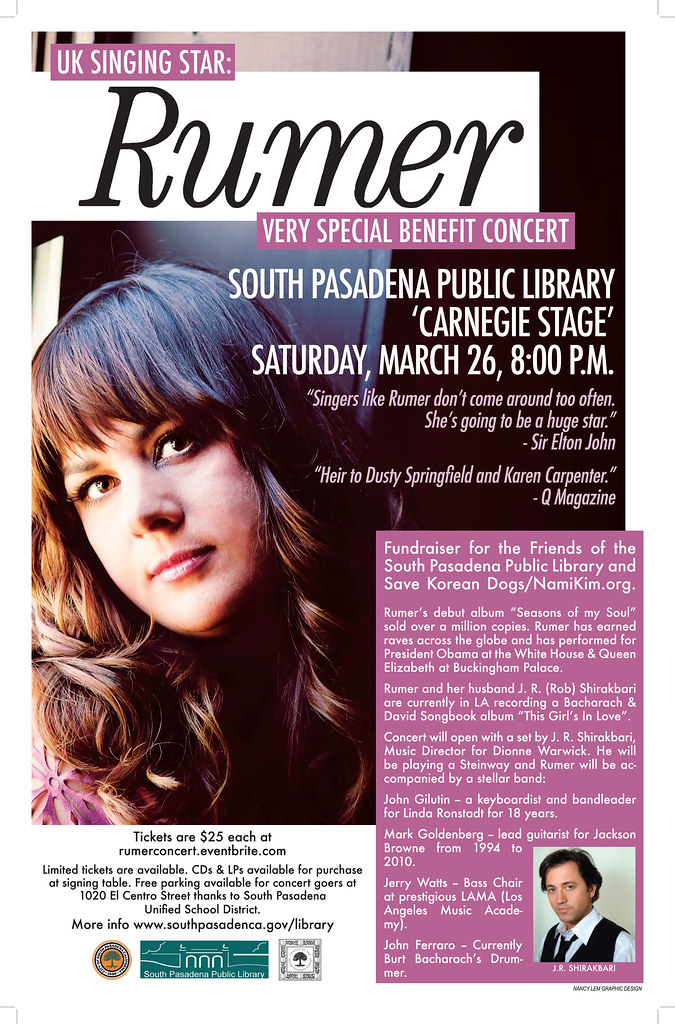