SaveKoreanDogs’ recommendations for changes to the Animal Protection Law

posted by KoreanDogs.org team on August 25,2016 in Korean, News, SaveKoreanDogs

Changes are happening with heartfelt thanks to activists, like Nami’s Team, on the ground in Korea. But, it goes without saying that what we do to put pressure on Korea is also very necessary. It is basic human nature that people behave better when there’s someone monitoring what they do, as they don’t like to be criticized. So let’s keep it up; we are here in solidarity to help the Korean activists keep on fighting this mountainous battle each and every day. Thank you!! 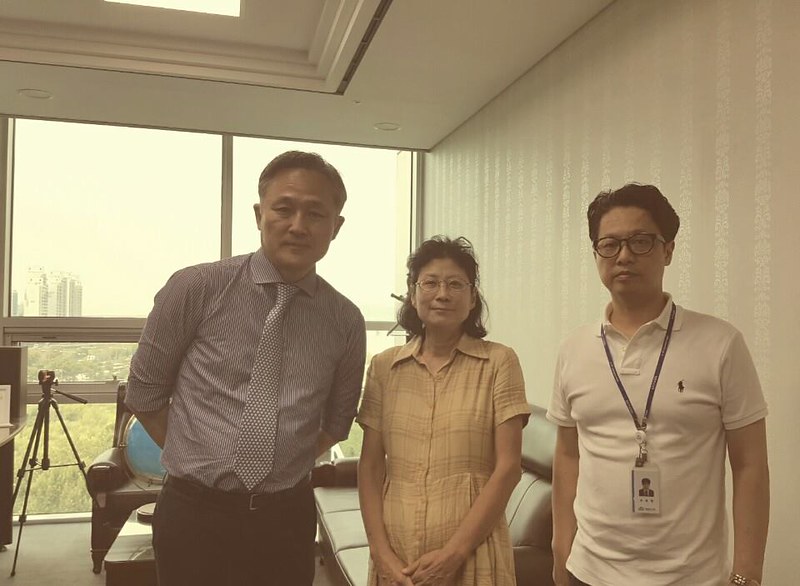 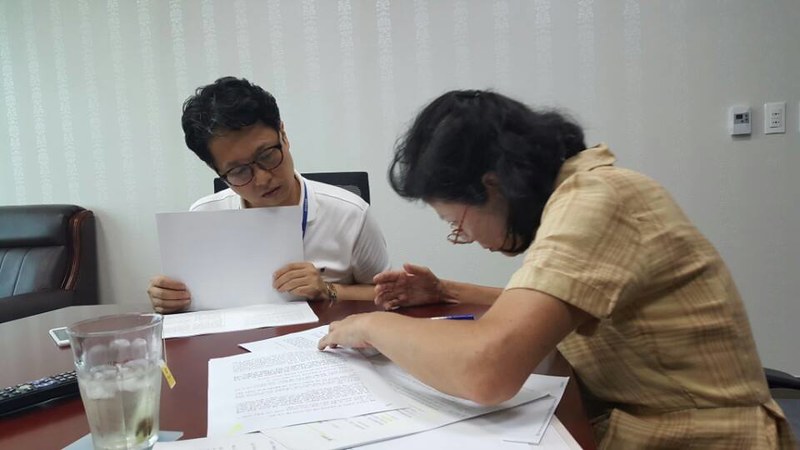 Today was a big day for me. I submitted an official proposal to the chairman of animal welfare committee at the parliament. MP Pyo Chang-Won(Democratic Party )and the secretary general Jo are the two key men when it comes to animal welfare law enforcement/legislation.

My request was to remove the name ‘dogs’ under livestock list and strengthening the current animal protection law. Jo and I spent hours going over each page, article by article, clause by clause. Not all will pass but my proposal will be reflected in the amendment of the legislation when its put on the table within a month.

I did my best, keep my fingers crossed for it. English version of my proposal will be ready later this week.

1. Amendment of the Enforcement Rule of the Livestock Industry Act which Classifies Dogs as Livestock

The Livestock Industry Act is the law governing livestock and livestock products, and stipulates that cattle, horses, sheep and swine, etc. that are bred by the people are livestock. However, Article 2 of the Enforcement Rule of the Livestock Industry Act provides that livestock are “animals prescribed and notified by the Minister of Agriculture, Food and Rural Affairs as animals that can be bred and contribute to the increase of income for farmers such as mules, donkeys, rabbits, dogs and bees.”

Simply put, the dogs are classified as livestock just like cattle, horses, sheep and swine. The livestock under the Livestock Industry Act refers to “animals that can be bred and contribute to the increase of income for farmers.” It is unjust to thus classify dogs as livestock, as animals that can contribute to the increase of income for farmers. This provision takes the legal protection away from the dogs, therefore, we hereby request that the “dogs” be declassified as livestock in the Enforcement Rule of the Livestock Industry Act.

In the meantime, the Ministry of Food and Drug Safety does not consider dogs as food, therefore the matters relating to dogs cannot be governed or punished by the Food Sanitation Act. Therefore, there is also no protection under the Food Sanitation Act because it is not applicable to eating dogs as food. As such, we are unable to do anything in connection with the complaints relating to illegal slaughter houses for dogs. There is no country anywhere on earth where dogs are classified as livestock. Who would consider one’s own peg dog as livestock such as cattle, chickens or swine?

We hereby request that dogs be declassified as livestock in the Enforcement Rule of the Livestock Industry Act.

2. Amendment of Article 2 of the Enforcement Decree of the Animal Protection Act

Article 2 of the Enforcement Decree of the Animal Protection Act provides as follows:

Article 2 (Scope of Animals) The term “animals prescribed by Presidential Decree” under subparagraph 1 of Article 2 of the Animal Protection Act (hereinafter referred to as the “Act”) means reptiles, amphibia, and fish; provided, those kept for the purpose of human consumption shall be excluded.

Whether dogs are considered as mammals or not, the phrase “those kept for the purpose of human consumption shall be excluded” gives rise to many difficulties in connection with the complaints, crackdowns or demolition of illegal slaughter houses. The public officials unanimously say that they can do nothing although they are illegal because they are being bred for human consumption. Therefore, the above provision needs to be amended.

3. Amendment of Article 3 of the Enforcement Decree of the Animal Protection Act

Article 3 of the Enforcement Decree of the Animal Protection Act prescribes the scope of animals subject to registration as follows:

Please include the so-called “canines raised for human consumption” in the scope of animals subject to registration. A dog is a dog.
In reality, one cannot say anything even if the dog one had been raising is actually consumed at the site. Moreover, there is the distinction between the “pet dogs” and “dogs for human consumption,” and the dogs for human consumption are not even considered as animals. Almost all dogs at some 17,000 canine farms nationwide are illegally slaughtered and sold to restaurants or livestock markets.

4. Request for Upward Adjustment of Punishment under the Animal Protection Act

As far as we have seen, the only punishment they received under the Animal Protection Act was merely a fine of 200,000 won even though we witnessed the breeding and hanging to death of the dogs at a dog meat restaurant in Eurwang-ri, Incheon, and submitted the relevant evidence to the gu (district) office. Please increase the current level of monetary penalty, and also engage in external publicity which will help the public become aware of the reality, rather than remain as mere legal amendment.

In case of slaughter, the only thing we can do is rescue the dogs when we are on site, either immediately or at night if there is the immediate danger of being slaughtered the next day. Currently, the penalty under the Animal Protection Act is weak; even if we press charges based on destruction of property, the punishment is always weak and futile.

5. Pressing Need for Training and Awareness Program for Police Officers

The reality is that under the current Animal Protection Act, the punishment for cruelty toward animals is very lenient. Even though there is the law, it is useless because it is not being properly executed, and because there is rarely any police officer who knows such law. Even the police officer who came to the scene where the dogs were being hanged to death did not know that there was such law as the Animal Protection Act. It is urgently necessary that training program for police officers be established to remove such ignorance.

A dog is a dog. As for the distinction between pet dogs and dogs for human consumption, we sincerely hope that the expression “dogs for human consumption” would disappear forever. Korea is the only country on earth which maintains farms to raise dogs for human consumption. They need to go eventually. The environmental pollution caused by excrements is also a serious issue with the canine farms (water pollution, soil pollution and noise, etc.). Moreover, the cruelty during the slaughter is running to an extreme. The current Animal Protection Act and the Enforcement Decree or the Enforcement Rule thereof, which enable the culprits to evade crackdowns, are all good for nothing, and only give rise to endless environmental pollution.

We sincerely ask you to positively review the above proposal.