posted by KoreanDogs.org team on August 29,2017 in Campaign, Friendship City

We have received an email response from the mayor’s office of Surrey, British Columbia regarding our campaign. We asked Surrey to take action against the dog meat trade in Seoul Dongjak, South Korea.

The City of Surrey has informed us that they will be terminating their Friendship City agreement with Dongjak and that they will contact the Mayor of Dongjak to ensure that they understand that this agreement has been terminated. The mayor’s office did not state the reason for termination but we assume that it is because of the illegal dog meat industry operating in Dongjak.

We are grateful to the mayor’s office and the City of Surrey for responding to our concern so quickly and for taking action. 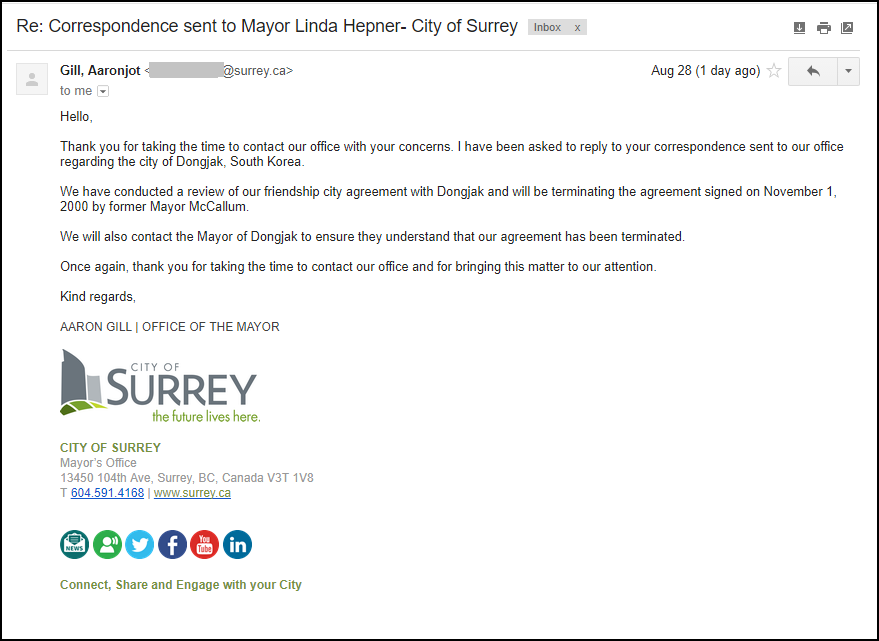