It is my turn to announce a victory today! Four dog farms in the city of Incheon had been under investigation and I had recently received an official letter from the city’s inspection bureau. I am more than happy to announce that this illegal dog farm will not only be going out of the dog meat business, but will also be paying huge fines for occupying the state and city lands. The Inspection Bureau had demanded that the dog farmer vacate and restore the land.

It has been four months since I filed complaints, charging the dog farmer for violations of various environment laws. The bureaucratic “red tape” takes time, but one by one, I have been receiving positive replies from the offices.
Unfortunately, the bureau had asked me to stay away, as it can be dangerous to go near them. The dog farmer is calling me a “mortal enemy”. The last time I was there, there were a total of 100 dogs, but sadly, we are not able to save the dogs. 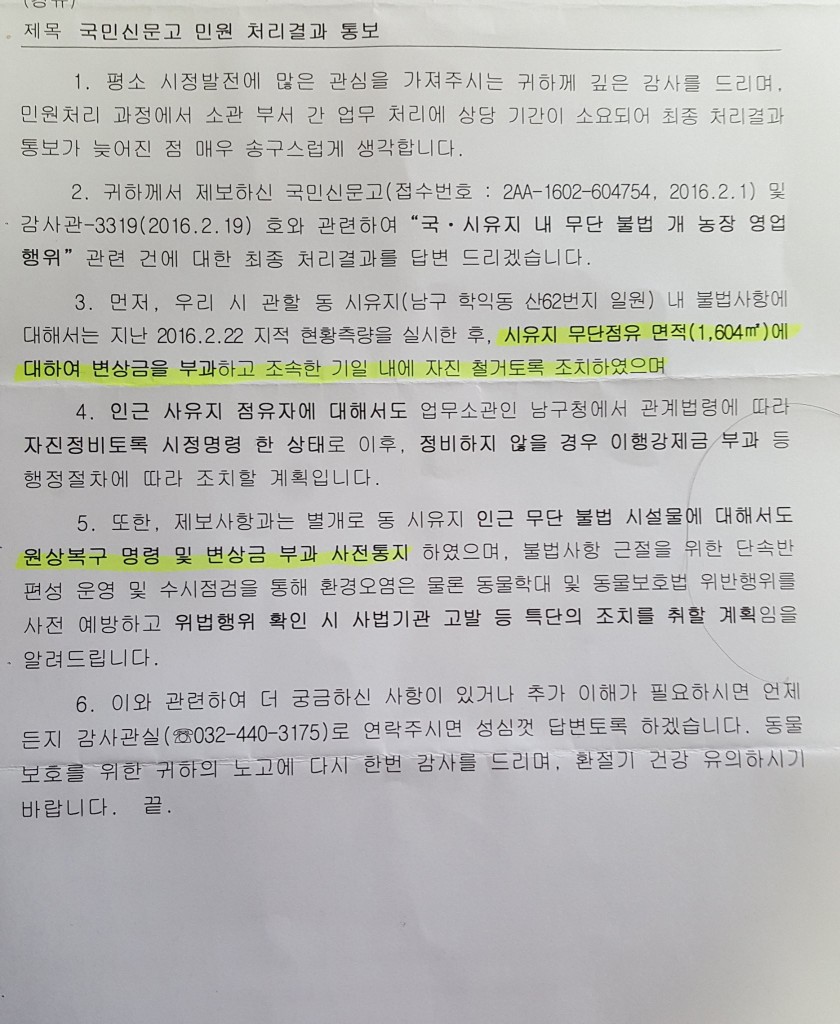 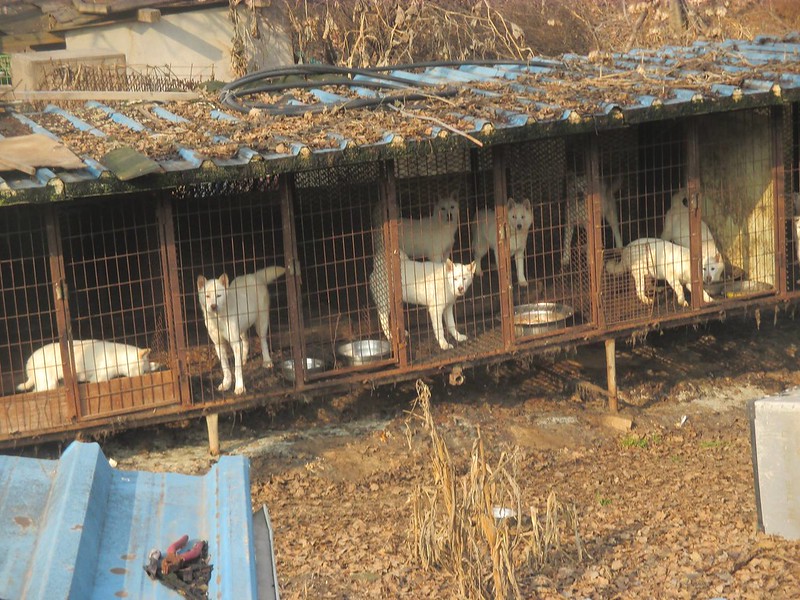 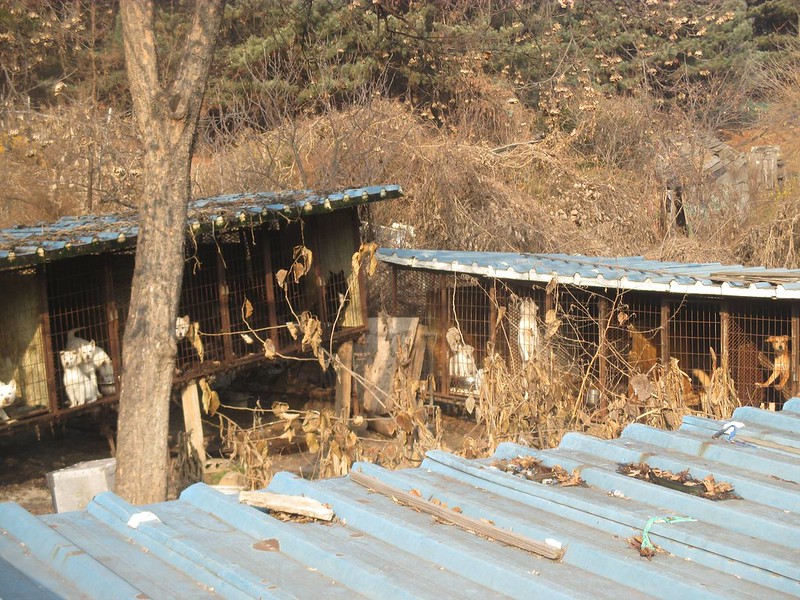 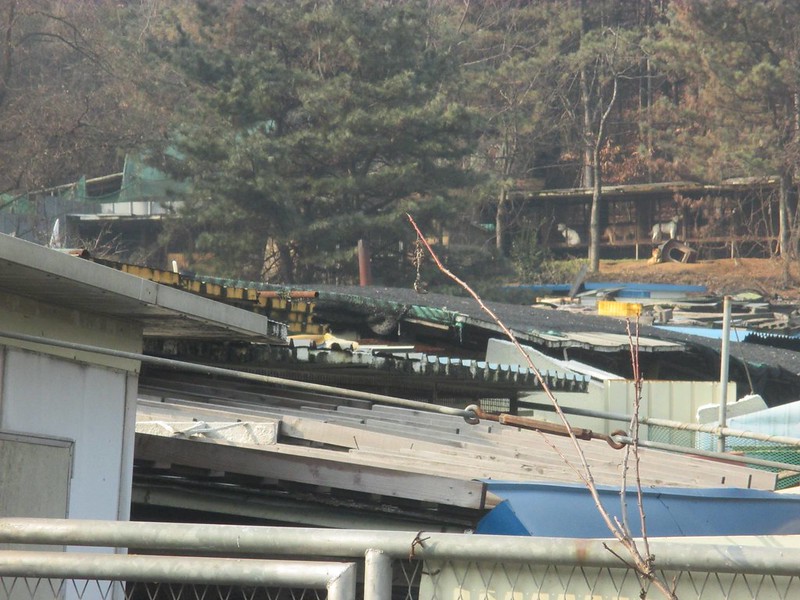 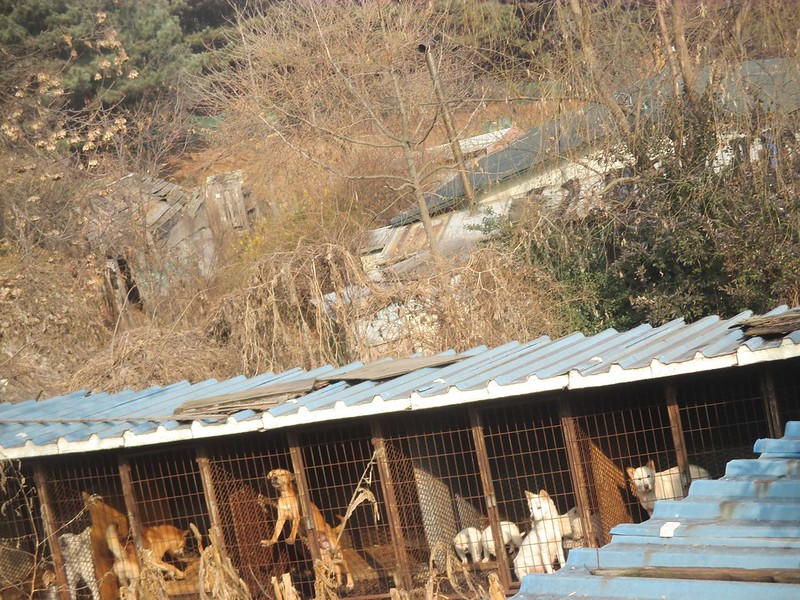