posted by KoreanDogs.org team on November 18,2015 in Action Alert, Campaign

The President of the United Nations Economic and Social Council, Oh (Family Name) Joon (Given Name), is an Ambassador of South Korea. ECOSOC is one of the six main organs of the United Nations and is the principal body for coordination, policy review, policy dialogue and recommendations on economic, social and environmental issues, as well as for implementation of the internationally agreed upon development goals. These goals include no poverty, zero hunger, good health and well-being, quality education, and responsible consumption and production. As part of striving to achieve these goals, it is imperative that we ask Ambassador Oh Joon to please add one more very important and urgent goal to the ECOSOC organization’s global goals. That one additional goal is to end the horrific cruelty associated with the dog and cat meat trade, especially in his home country of South Korea.

The 2016 theme of ECOSOC is “Implementing the post-2015 development agenda: moving from commitments to results.” With your help we need to open the eyes of Ambassador Oh Joon regarding the South Korean dog meat industry. We need to motivate Ambassador Oh Joon and the committee to commit to ending the ongoing cruelty of companion animals and pursue all avenues to achieve these results!

We launched an online petition campaign to urge Ambassador Oh Joon to take action to stop the torture and mass murder of millions of dogs in his country’s dog meat industry. To date Ambassador Oh and his organization has not responded. With your action of protest voiced loudly against the horrific brutality perpetrated against millions of man’s best friends in Korea, we hope to receive a positive response from Ambassador Oh’s office soon.

Please take action today. Ambassador Oh Joon is in a powerful position to make a difference to bring an end to the South Korean cruelty.

“The purpose of my call today is to convey my deep concern and disgust about the unregulated and inhumane dog and cat meat trade thriving in your country, South Korea. As an animal lover and as part of a high profile animal rights group with vast links and supporters across the globe I urge the South Korean government to immediately and effectively police and enforce its animal welfare and animal protection legislation. Unless and until effective government action is taken and there is a permanent end to both the dog and cat meat trade, I pledge to boycott all forms of tourism and all forms of products and services originating or associated with South Korea.”

ECOSOC is one of the six main organs of the United Nations and is the principal body for coordination, policy review, policy dialogue and recommendations on economic, social and environmental issues, as well as for implementation of the internationally agreed development goals. These goals include no poverty, zero hunger, good health and well-being, quality education and responsible consumption and production.

As part of striving to achieve these goals, we are writing to you today to ask you to please add one more very important and urgent goal to your organization’s global goals: to end the horrific cruelty of the dog and cat meat trade.

As a South Korea national, I am sure you are very well aware of the dog and cat meat trade in your country as well as in other third world Asian countries such as China, Vietnam, Laos and Cambodia.

South Korea has the world’s 14th largest economy and is home to global brands such as Samsung, Hyundai, Kia, LG, SK, and Daewoo. Yet, in your country, an estimated 2.5 million dogs and thousands of cats are slaughtered and eaten each year.

Forced to endure deprivation and unimaginable torture from the moment they are born until the day they are slaughtered, dogs are imprisoned in cramped, filthy, raised cages all their lives with no protection from extreme weather. They get no water, exercise, companionship or medical care, and have never felt the ground beneath their feet. Their eardrums are often burst to prevent them from barking.

Your fellow Korean citizens claim that the more a dog suffers, the better tasting its meat. So many dogs are sadistically made to experience extreme fear and suffering prior to death. Cats are frequently boiled alive to make health tonics – “600 Stray Cats Boiled Alive,” Yonhap News, 5/21/15.

The demand is so high in South Korea that 20% of the dogs eaten there are now imported from China. South Korea is the only country known to have large, intensive farming systems to supply the demand for dog meat. Read more: https://koreandogs.org/

In addition to the unspeakable cruelty perpetrated by the dog meat trade, is also a serious threat to human health and the environment. The dog farms are a hotbed for infectious diseases. Since there is no disease control, these dogs suffer from highly infectious and transmittable bacteria, virus, ectoparasites, endoparasites, and fungi. Out of 165 dogs bred at a dog farm in the Seoul area, 83 dogs(50.3%) were found to be infected with endoparasites and 23 dogs(20.2%) were found to be infected with heartworms.

Puppies suffer from malnutrition because they are fed rotting food waste (infested with pests such as rats, cockroaches, flies) after being weaned. In order to hide from the law and avoid civil complaints, most dog farms are located in remote areas where the sun is scarce, causing a vitamin D deficiency, which is necessary for bone growth.

Locked in cages for months, dogs are bored and stressed from being packed with other dogs and having to breathe in the constant stench. Stress hormones weaken their immune system and they become susceptible to hormonal diseases such as hyperadrenocorticism.

Antibiotics, antidiarrheal treatments and steroids are used to control distemper, parvovirus, various respiratory and digestive diseases, but the abuse of drugs led to an increasing tolerance against antibiotics and to the relevant health problems. In some cases, ten times the normal doses were being administered by the farmers without the supervision of a veterinarian.

Please watch these videos and see what is going on inside South Korea at this moment:
South Korea’s Dangerous Health Food – Inconvenient Truth About Dog Meat 1 of 2 with English Captions: http://youtu.be/vHB3uwB9kyA

There is no appropriate animal protection legislation to prevent the animal cruelty currently taking place in South Korea. As someone who believes strongly that animals should not be treated in this way, I request that your organization investigate and address this issue immediately. Please impose a sanction on the South Korean government until they strengthen the Animal Protection Law to prevent animal cruelty and to introduce basic animal protection regulations. It must also provide penalties for violations and ensure that mistreated animals can be legally seized from abusers and given immediate refuge. I request that the United Nations ECOSOC strongly urge the South Korean Government to create an enforceable law to ban the torture, killing, sale, and consumption of dogs and cats. Please don’t let the South Korean government get away with this outrageous cruelty to the companion animals. Include the End of the Dog and Cat Meat Trade to the Global Goals of the UN Economic and Social Council!

Thank you for your attention and kind consideration. 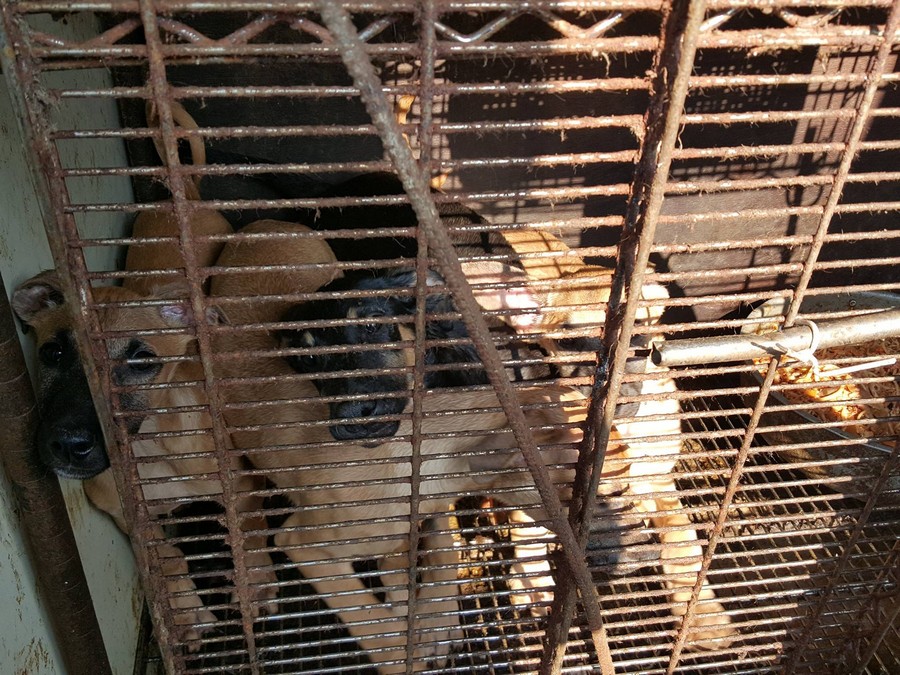