posted by KoreanDogs.org team on August 3,2015 in Campaign, Event

July 18, 2015, Saturday. It was another exciting day in Florida as we campaigned against the torture and consumption of dogs and cats in the meat trade, this time in Daytona Beach. Nami Kim had called me from South Korea and asked me to do a demonstration in front of a South Korean company. We were on public property near the road. The police stopped by but they were friendly and sympathetic. We are non-confrontational and we support the police. Four angry people from the Hyundai dealership came out to talk with me in a demeaning manner. The manager called me a smuck and told me that I was not a man. Despite his hostility, he offered to work with us in a different way but he never said how. I gave the manager a KoreanDogs.org leaflet. I decided to relocate the demonstration a few blocks north because of the possibility of gaining an ally instead of an enemy. 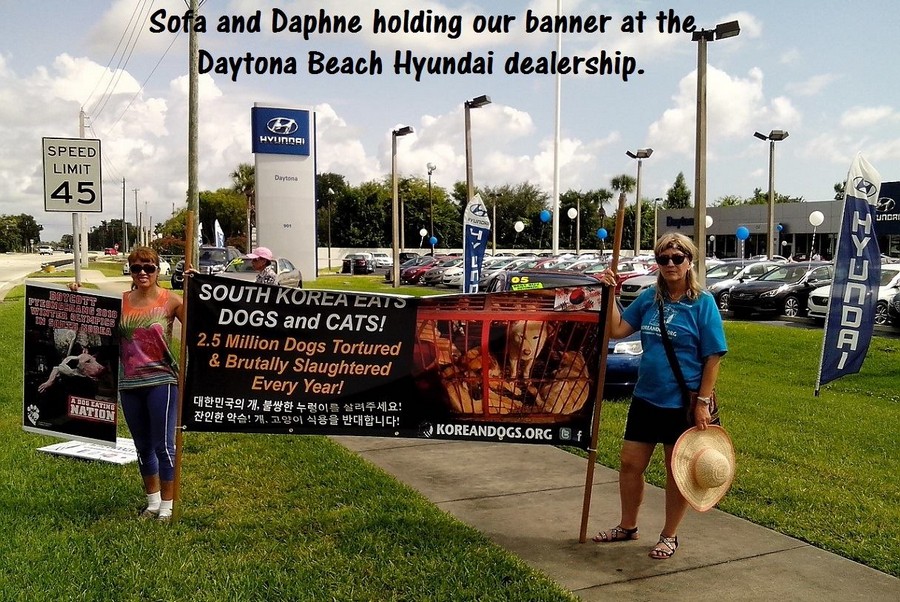 We demonstrated in Daytona Beach, Florida against the torture and consumption of dogs and cats in South Korea. South Korean based Hyundai makes tons of money off people who love dogs. They should do something to help stop the atrocities. 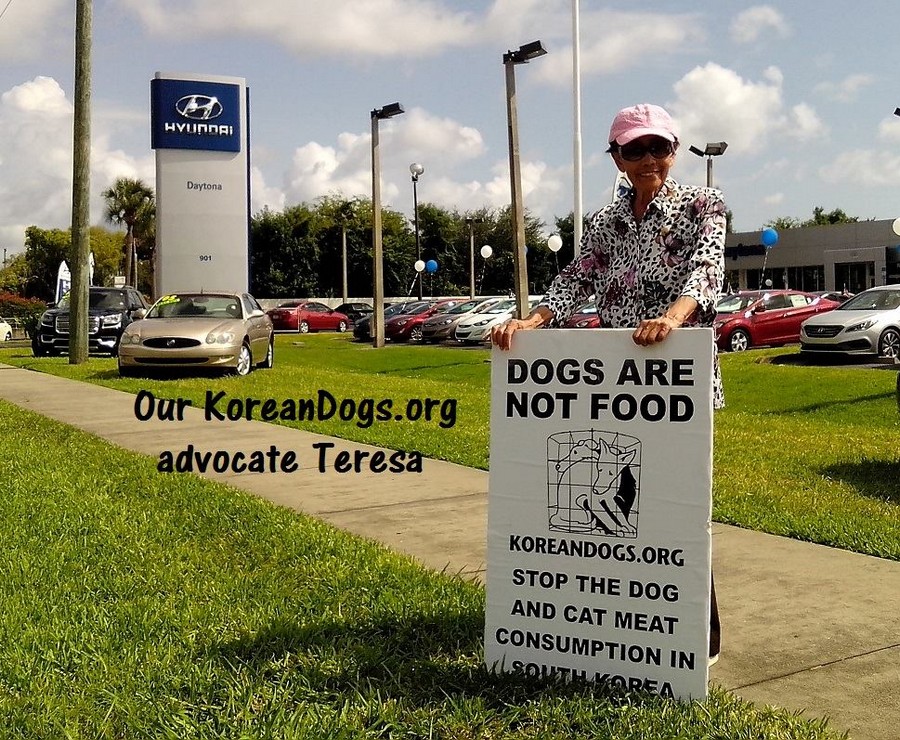 Teresa is new to animal advocacy. She is very compassionate. Way To Go, Teresa. Thanks a million. 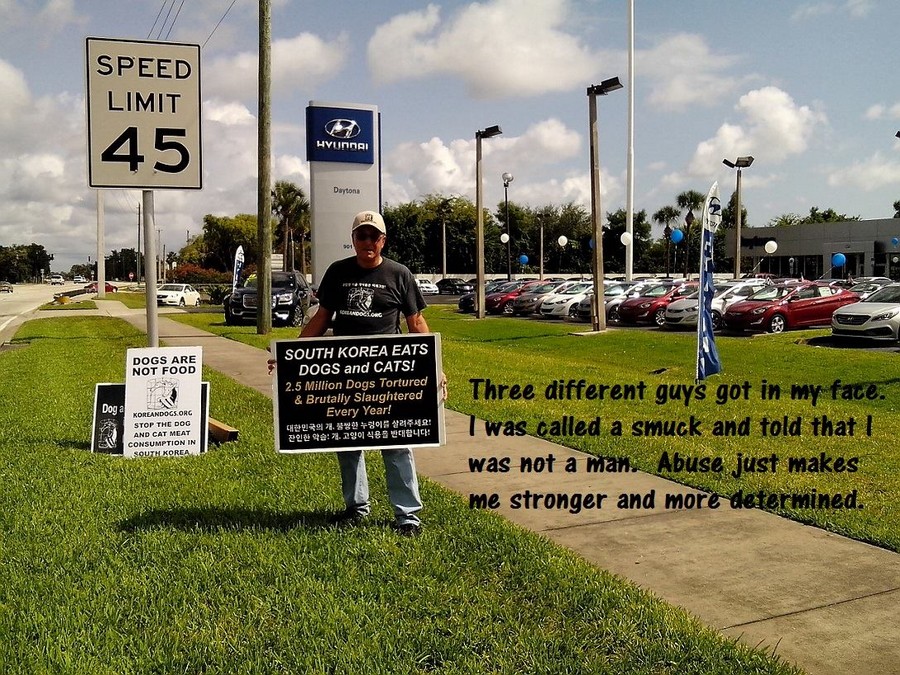 Four men came out from the dealership and confronted me. The Hyundai manager called me a smuck and told me I was not a man. I was a U.S. Army military policeman during the Vietnam War. I earned my right to demonstrate on public property. Despite his hostility, the manager offered to help but in a different way, but he provided no details. I decided to relocate the demonstration a few blocks north because I would rather have an ally than an enemy. I haven’t heard back from the manager yet. 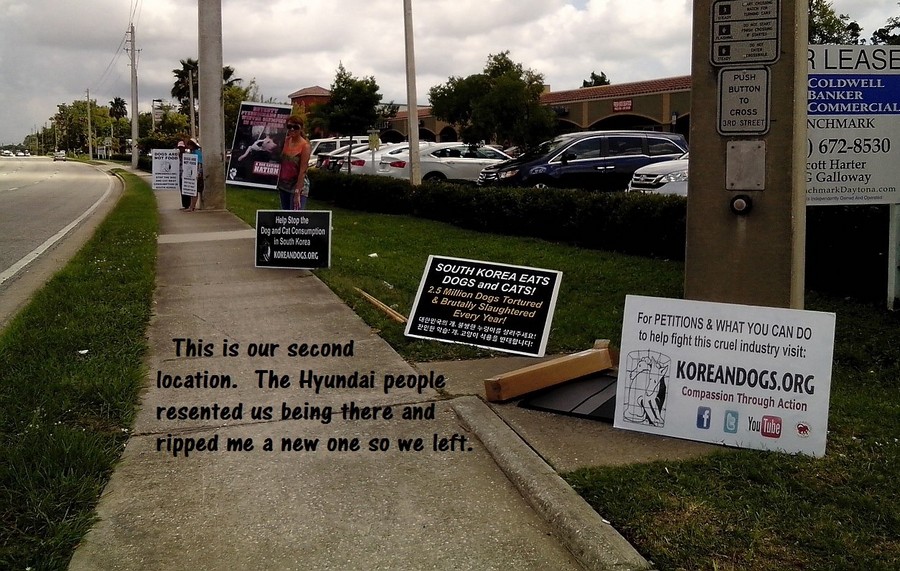 I thought that it was best not to make enemies. We were just a few blocks north of the Hyundai dealership, still plenty of cars driving by. 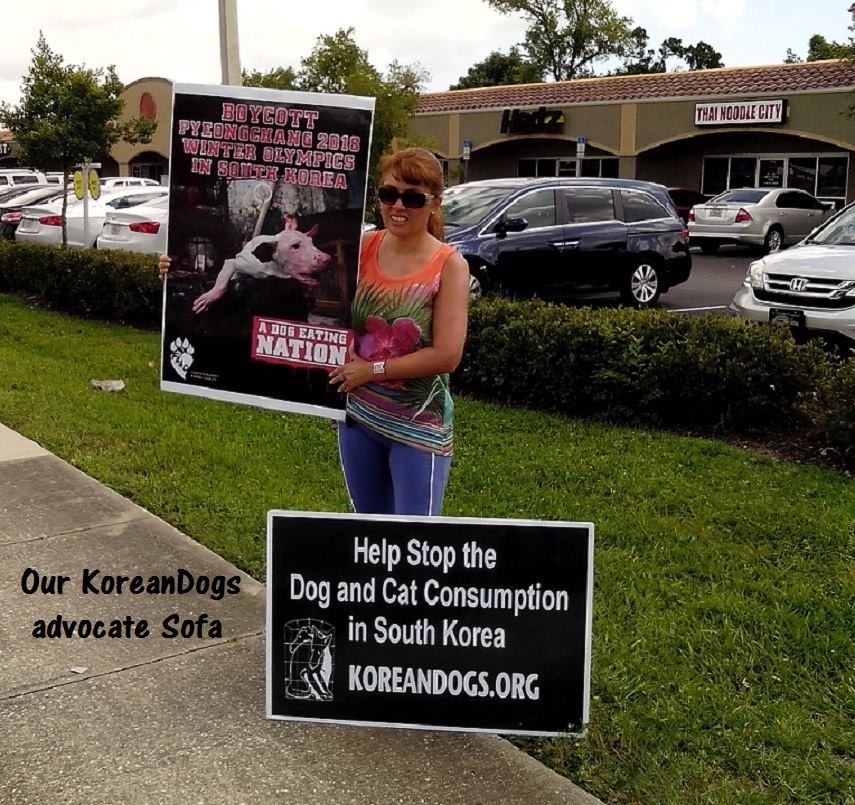 Sofa is one of the best members of our KoreanDogs.org Florida team. Thanks very much for your compassion, Sofa. 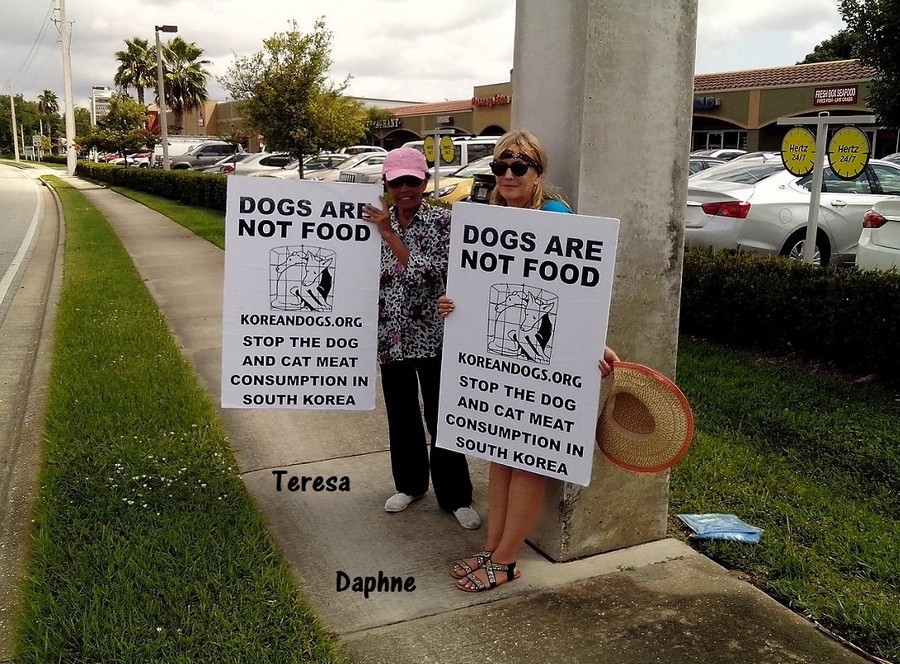 Teresa and Daphne are valuable members of the KoreanDogs.org Florida team. Special thanks to Daphne who had some very important business to do this morning but drove an hour to Daytona Beach anyway. 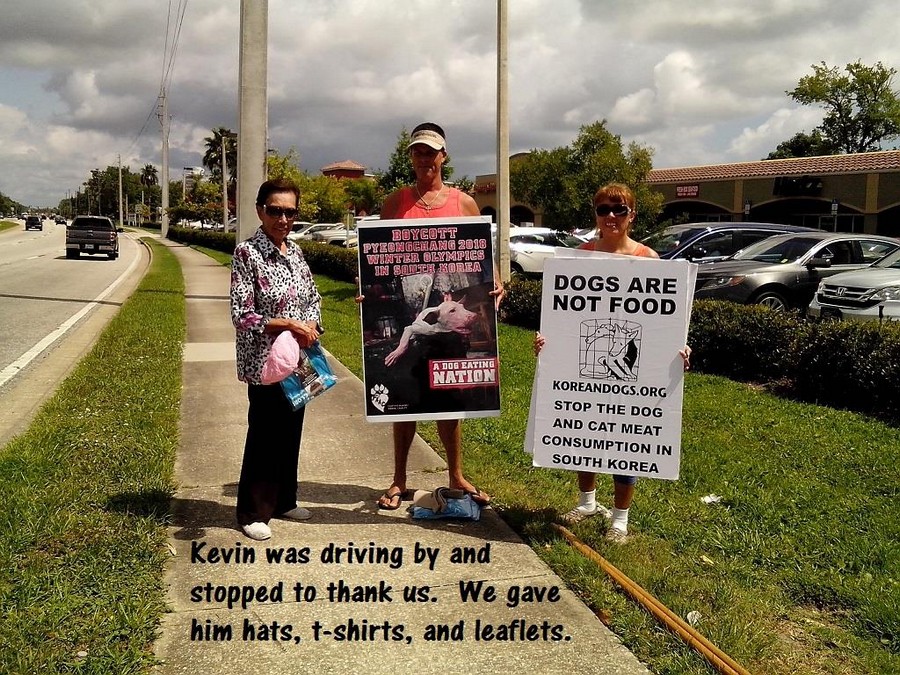 Kevin waved to us from his car and then drove into the parking lot. Kevin gave us a lot of praise and encouragement. We gave him three KoreanDogs t-shirts, three KD hats, and 50 leaflets to distribute. Thanks, Kevin. We need more people like you.

Thank you, Florida team!!! We are grateful for your compassionate heart for the South Korean animals in the horrific dog and cat meat trade! Your dedication to help save the Korean dogs from horrendous cruelty is inspirational to all of us.