[Update September 2, 2016] Once again we received a response we have hoped for from the City of Irvine. Mayor Steven S. Choi immediately communicated his concerns to the Mayor of Nowon-gu and requested that he do everything in his power to address the animal cruelty in their dog meat industry. Click HERE to read more and send thank you email to Mayor and the City Council of Irvine.

Universities, culture, art, high-end shops, and fashionable streets – all can be found within Nowon District in the ‘City of Education Center and Green Welfare’; regrettably, so can the so-called ‘health-food centers’, places that brutally slaughter dogs and cats, to be served up as food and drinks.

The searches resulted in dozens of 122 Health Food Centers; and 51 restaurants in the vicinity of the city of Seoul Nowon District alone.

Even if half of these ‘Health’ Food Centers and restaurants serve dog and cat ‘ingredients’ in one form or another, imagine how many dog/cat slaughterhouses must be present in the vicinity of Seoul Nowon District to supply these outlets. 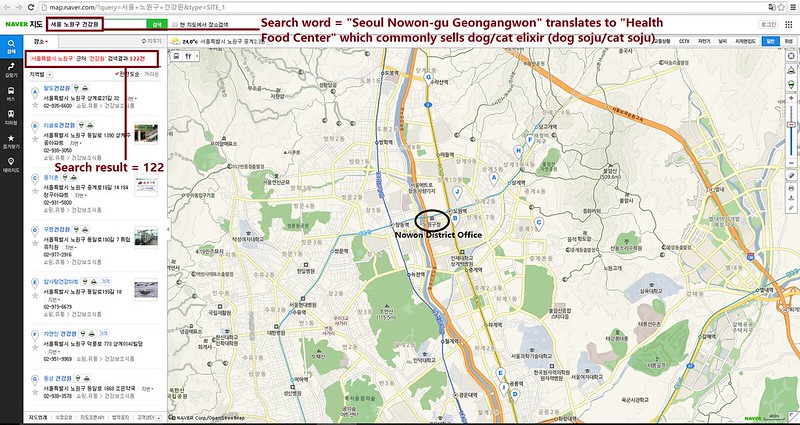 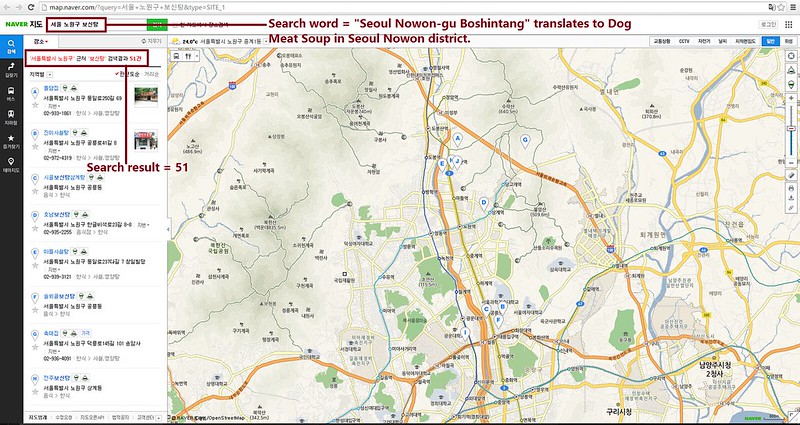 Seoul Nowon District is one of the largest dog meat consumption areas in South Korea. The Korean internet searches resulted in: 122 Health Food Centers which commonly sell dog/cat elixirs (also known as dog soju and cat soju); and 51 dog meat soup restaurants in the vicinity of the city of Seoul Nowon District alone.

Irvine should not be a Friendship city to any city/district that allows dogs and cats to be tortured and eaten. Please urge Seoul Nowon District Mayor Seong-Hwan Kim to close down all illegal dog farms and slaughterhouses, markets, truckers, and restaurants that serve their products. An online petition calling for your support in ending the horrendous South Korean dog and cat meat cruelty is in progress: https://www.change.org/p/mayor-steven-s-choi-of-irvine-tell-friendship-city-seoul-nowon-korea-that-we-re-opposed-to-torture-consumption-of-dogs
The favor of your reply is requested.
Thank you,