posted by KoreanDogs.org team on March 2,2015 in Campaign, Event

We passed out leaflets and gave away promotional items in an effort to raise awareness about the South Korean dog and cat meat trade on February 28, 2015 at Memorial Park on the St. Johns River in Jacksonville, Florida. 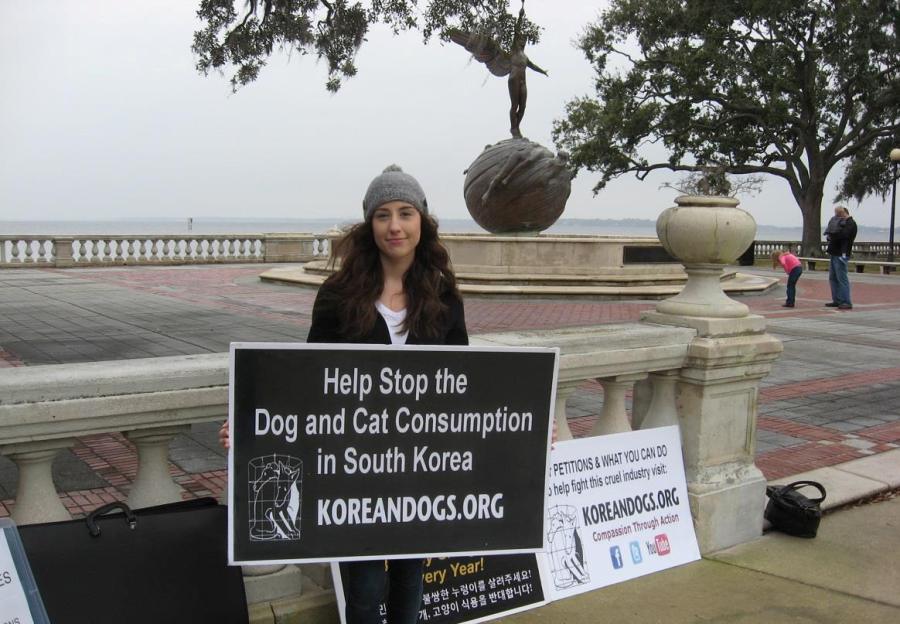 Amanda is one of the new members of the KoreanDogs.org Florida team. Her three-year-old daughter Madilyn and her friend Ashley also demonstrated against the extremely cruel dog and cat meat trade. 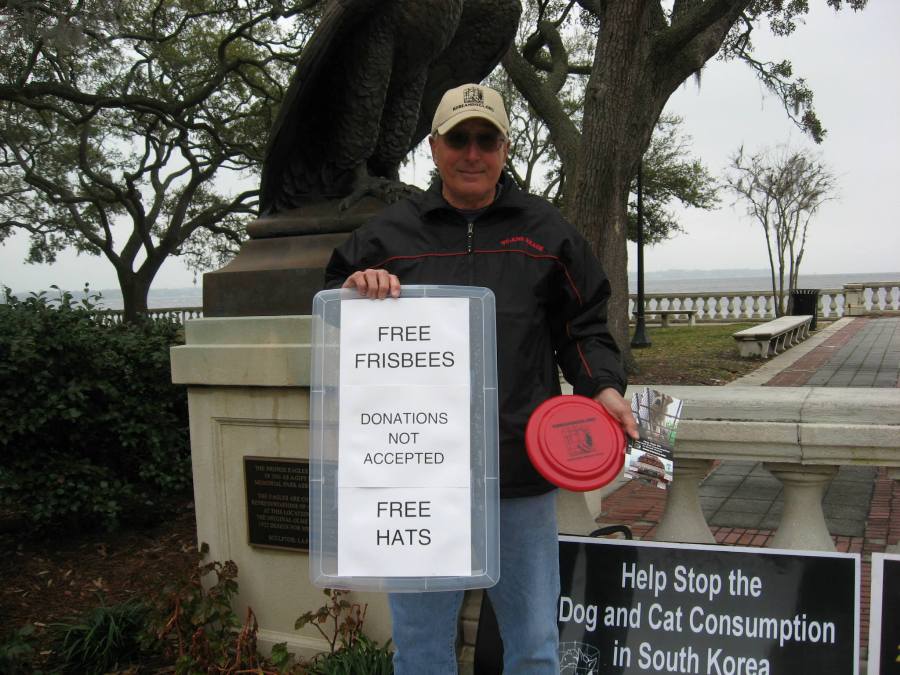 Everything is free. I would rather give away 100 items than sell 10. 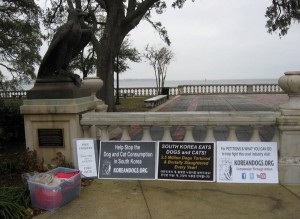 We passed out KoreanDogs.org leaflets and gave away KD hats, tote bags, Frisbees, and key tabs. 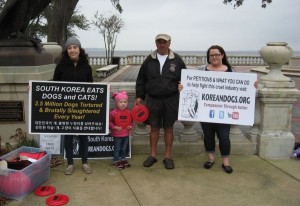 Joseph from Cleveland, Ohio is shown here posing with Amanda on the left, Amanda’s daughter Madilyn, and Ashley. Joseph told me it was 8 degrees in Cleveland yesterday, so I guess he was comfortable wearing shorts and sandals in 55 degree Jacksonville. 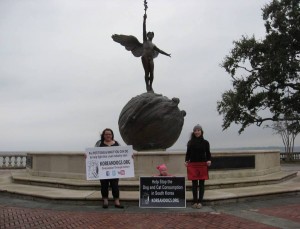 It was a cold, windy, rainy day. Thank you very much, Ashley, Madilyn, and Amanda, for joining the campaign to stop the torture and consumption of dogs and cats in the meat trade. 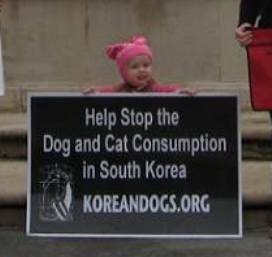 My most sincere hope is that by the time three-year-old Madilyn reaches adulthood, mankind will have stopped inflicting pain, suffering, and death upon animals.

Thank you, Bob, Ashley, Madilyn, and Amanda!!! We are grateful for your compassionate heart for the South Korean animals in the horrific dog and cat meat trade! Your dedication to help save the Korean dogs from horrendous cruelty is inspirational to all of us.