posted by KoreanDogs.org team on September 3,2017 in News 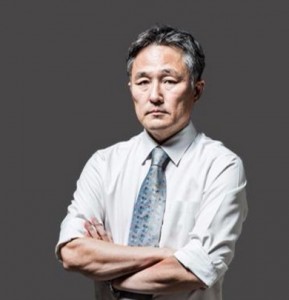 Beginning in March of next year, with the revised Animal Protection Act going into effect, anyone engaged in cruel dog farming practices or slaughtering dogs using cruel slaughtering methods will be punished. The punishment for animal cruelty will also be doubled. I will introduce additional legislation to ensure the effectiveness of the crackdown. (Refer to Dr. Pyo Changwon’s Blog).

Since the dog farming and slaughtering industries that produce dog meat for consumption (dog meat, boshintang, or dog elixir) are in violation of animal protection laws, they could not continue to exist if these laws were actively enforced.

However, there is no punishment for distributing and selling dog meat. The Ministry of Agriculture, Food, and Rural Affairs is responsible for enforcing laws regarding the dog meat industry, but since their main duty is to protect and promote the agriculture and livestock industry, very little is done to enforce these laws.

South Korea is an export dependent, industrialized nation, and we are concerned about our international status and image. Since dog meat consumption is an issue subject to international condemnation, the attitude of our government has been to hide and ignore the issue by excluding dogs as ‘livestock’ that can be bred, slaughtered, distributed, and sold under the Livestock Products Sanitary Control Act.

As a result, there has been no crackdown on sanitation management and the distribution and sale of dog meat, which is full of antibiotics, insecticides, and bacterial contamination, continues.

In this state, a new type of infectious disease (such as avian flu, SARS, or mad cow disease) could be caused by unsanitary dog meat from our country or from China. There is a great possibility that not only our own health is put at risk, but that South Korea becomes the nation that causes a global health risk.

To those of you who support the dog meat consumption arguing that it is our culture: are you confident that you will be able to find lawmakers who will work to legislate the legalization of dog meat consumption and pass that legislation through the National Assembly standing and judiciary committee, especially with the PyeongChang Winter Olympics just around the corner? Are you aware that one of the reasons that the International Olympic Committee (IOC) turned down Park Geun-hye government’s demand that the Jindo dog become the mascot for the PyeongChang Olympics is because of the criticism from the international community regarding the consumption of dog meat?

The legislation banning dog meat consumption that I plan to push forward is not intended to punish those who consume or purchase dog meat. My legislation will prohibit the breeding, slaughter, and sale of dogs for consumption; this will save the dogs and protect the health of our citizens, which is at risk due to the cowardly “strategic ambiguity” utilized by our government. This legislation will also restore the pride in our youth who unfairly experience shame abroad, and help those with companion animals recover from their worries and sadness regarding the dog meat industry.

It is my understanding that those employed in the dog meat industry, which is already in decline due to a reduction of demand, are considering transitions into other businesses. The prohibition of dog meat is only a matter of time. It is the tidal current of the international community. We recommend that you change your profession before it’s too late. In the past, I have asked the Ministry of Agriculture, Food, and Rural Affairs to provide guidance, education, and a support strategy to transition people employed by the dog meat industry but I have never received a response. I know it will be different with the new government.

The process of revising the Animal Protection Act, which barely passed last March, was not easy. However, it was eventually passed.
I will not give up.
Thank you.