In response, we received an unsigned form letter from the Public Inquiries Unit of the Department of Public Information of The United Nations, stating that they had carefully read and noted the contents of the many emails and letters. They acknowledged that while they sympathized with our requests, due to protocols they basically could do nothing about the Dog Meat Trade.

Attempting to avoid the issue of his country’s extreme cruelty to man’s best friend by giving weak excuses to all of us dedicated, compassionate animal rights activists is both shameful and disappointing, but it will not stop us!

Let us continue to flood his office with our letters, our phone calls, and our emails, as we know that each letter has to be read and processed, if only to send a form letter in return. We will not be silenced by Secretary General Ban’s indifference and inaction! Click HERE to take action! 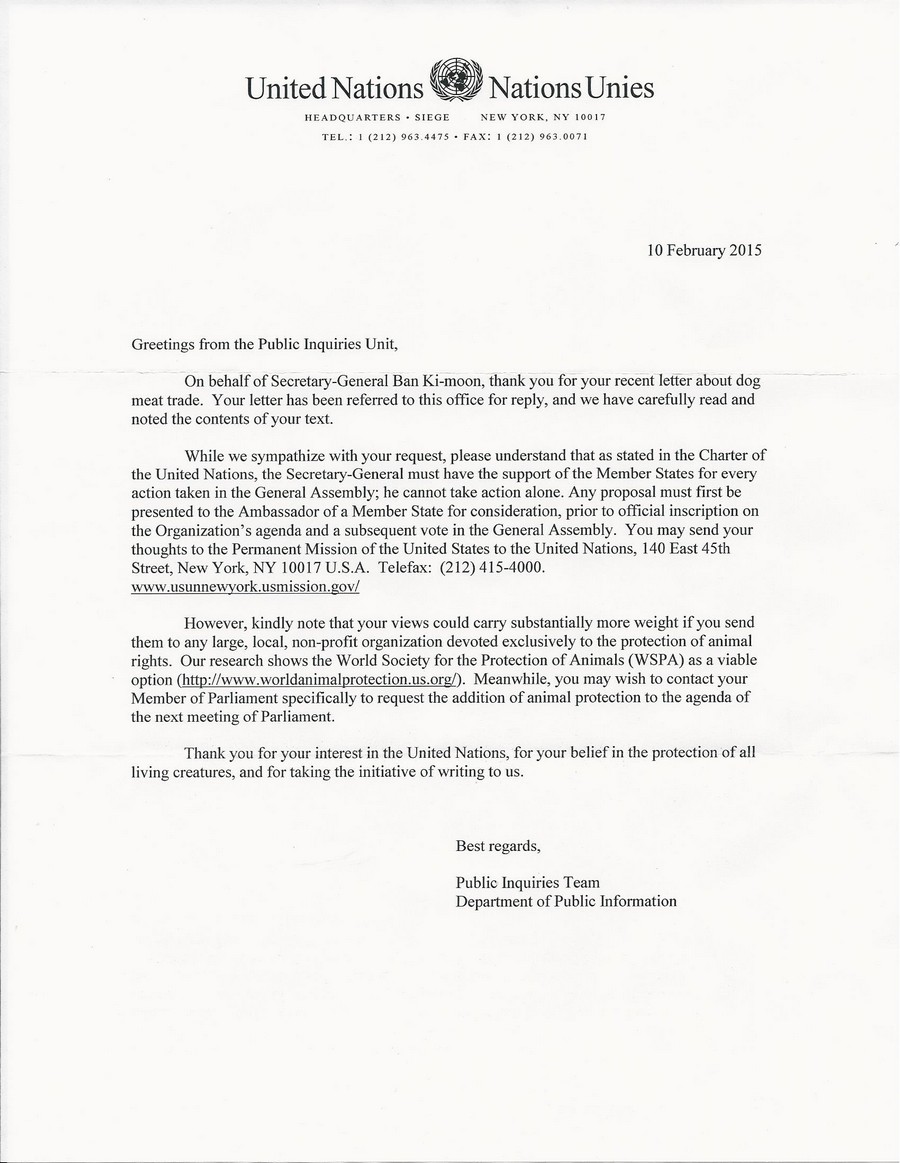 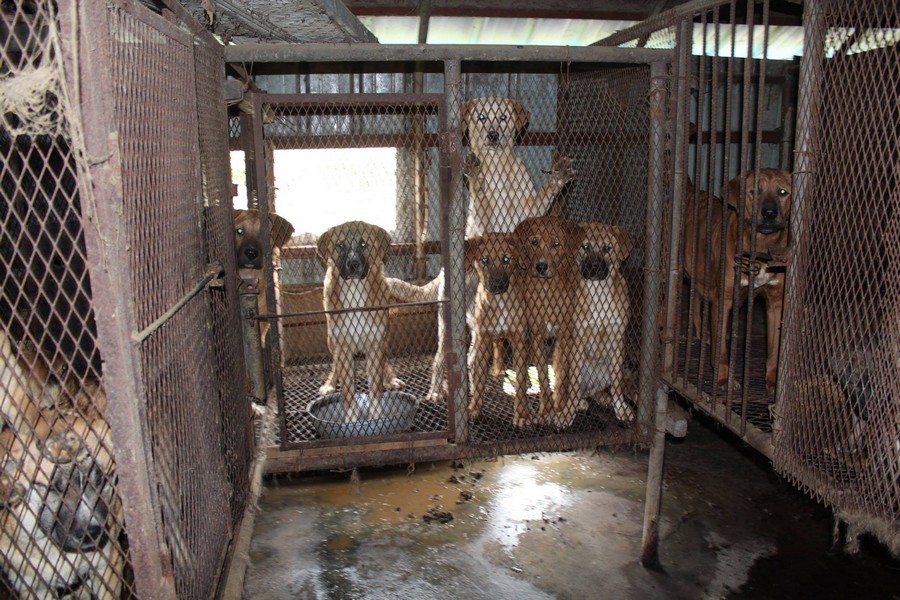 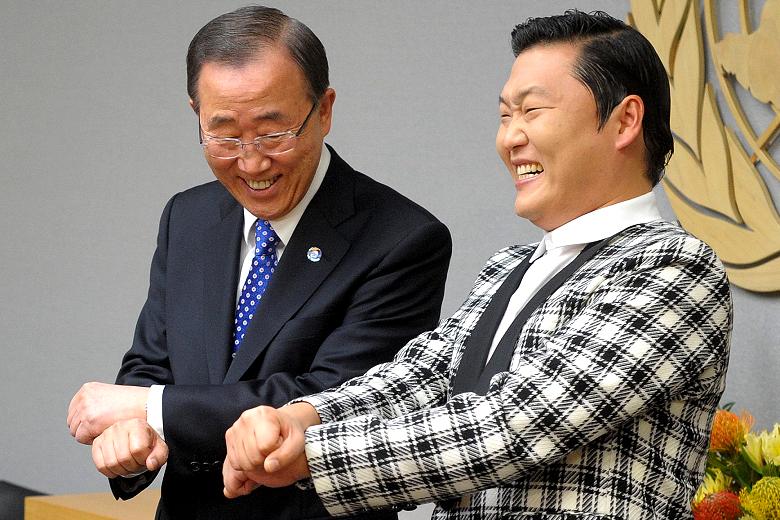