posted by KoreanDogs.org team on June 25,2016 in Sister city

Mayor Charlie Hales of Portland: Tell Sister City, Ulsan, South Korea, That We’re Opposed to the Torture and Consumption of Dogs and Cats.

Ulsan is one of the largest dog meat consumption areas in South Korea. If you have ever wondered what hell would be like, just visit dog slaughterhouses, markets and restaurants scattered all throughout Ulsan. There are countless dog slaughterhouses, markets and restaurants where the dogs, who are tortured their entire lives, end up being slaughtered in the most inhumane ways, such as by electrocution, hanging or beating; and then thrown into boiling water – sometimes while they are still alive. In many places, dogs are being killed in full view of other terrified, caged dogs; and this takes place in public and in broad daylight. In addition, many abandoned and stolen former pets end up in this industry, and are subjected to the same cruelty. 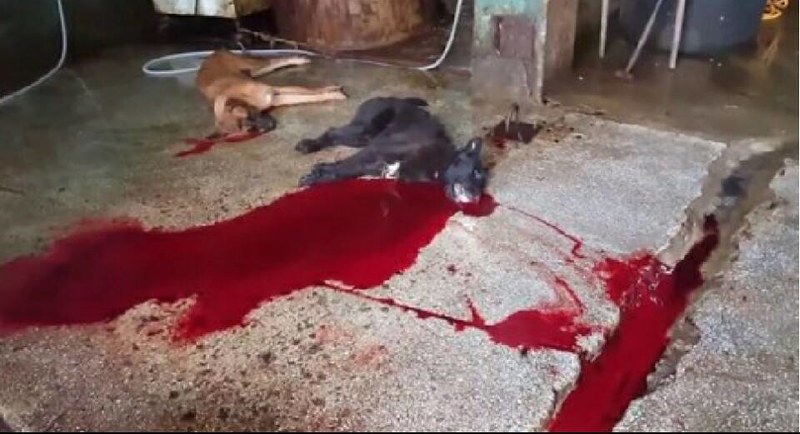 The searches resulted in: 200 Health Food Centers; and 86 restaurants in the vicinity of the city of Ulsan alone.

Even if half of these ‘Health’ Food Centers and restaurants serve dog and cat ‘ingredients’ in one form or another, just imagine how many dog/cat farms and slaughterhouses must be present in the vicinity of Ulsan to supply all of these outlets. 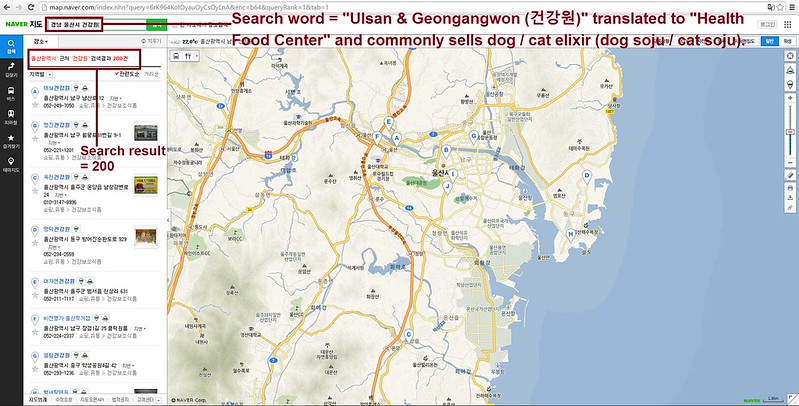 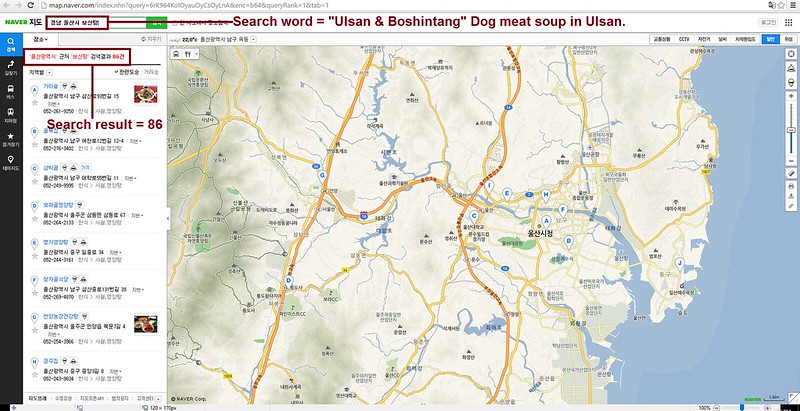 Suggested message to the Mayor of Portland

Ulsan is one of the largest dog meat consumption areas in South Korea. The Korean internet searches resulted in: 200 Health Food Centers which commonly sell dog/cat elixirs (also known as dog soju and cat soju); and 86 dog meat soup restaurants in the vicinity of the city of Ulsan alone.

Portland should not be a Sister city to any city that allows dogs and cats to be tortured and eaten. Please urge Ulsan Mayor Gi-Hyeon Kim to close down all illegal dog farms and slaughterhouses, markets, truckers, and restaurants that serve their products. An online petition calling for your support in ending the horrendous South Korean dog and cat meat cruelty is in progress: https://www.change.org/p/mayor-charlie-hales-of-portland-tell-sister-city-ulsan-korea-that-we-re-opposed-to-torture-consumption-of-dogs-and-cats

We would like to also alert you to a recent case, involving one of the many dog slaughterhouses in Ulsan, which perfectly illustrates the horrific brutality of this industry to the millions of helpless companion animals in South Korea every year. This industry is unregulated, unsanitary and illegal, it can be by no means compared to the domestic farming industry which has at least minimum legislated standards for animal welfare. We urge you to find out more about this incident in your sister city here: https://koreandogs.org/ulsan-dog-slaughter/
The favor of your reply is requested.

No matter where you live, PLEASE SHARE these actions with your friends, especially those who live in Portland!