To the PyeongChang 2018 – Your time is now, end the illegal dog meat trade!

posted by KoreanDogs.org team on May 13,2016 in Campaign

Below is the letter Steve Spiro of START Rescue wrote to the PyeongChang 2018 Press office:

While the Winter Olympics is a joyous occasion and one in which I usually very much look forward to, I want to bring to your attention the barbaric torture and slaughtering of the Korean dogs for meat consumption that many of your countrymen believe make them more masculine, virile or turn them into some kind of super men.

Let’s set the record straight. This is absolute nonsense and anyone with an ounce of intelligence will know how preposterous this is.

I’m sure South Korea is an intelligent nation of caring people but the dog / cat meat trade needs to end. It needs to end now. I don’t mean for two weeks before the event to make the rest of the world believe you care. I mean once and for all.

Until it becomes 100% illegal with heavy fines and serious jail time for offenders we will be stepping up our campaign to boycott the 2018 Pyeongchang Winter Olympics.

We have already doubled the amount of petition signers and supporters of this ban and we are continuing to get more people involved in ending this barbaric and completely unnecessary killing.

We have letters going to the US team and many more letters reaching Olympic and government levels.

We have seen the videos and heard the screaming and agonizing plea for help from the dogs themselves and we simply REFUSE to look away. 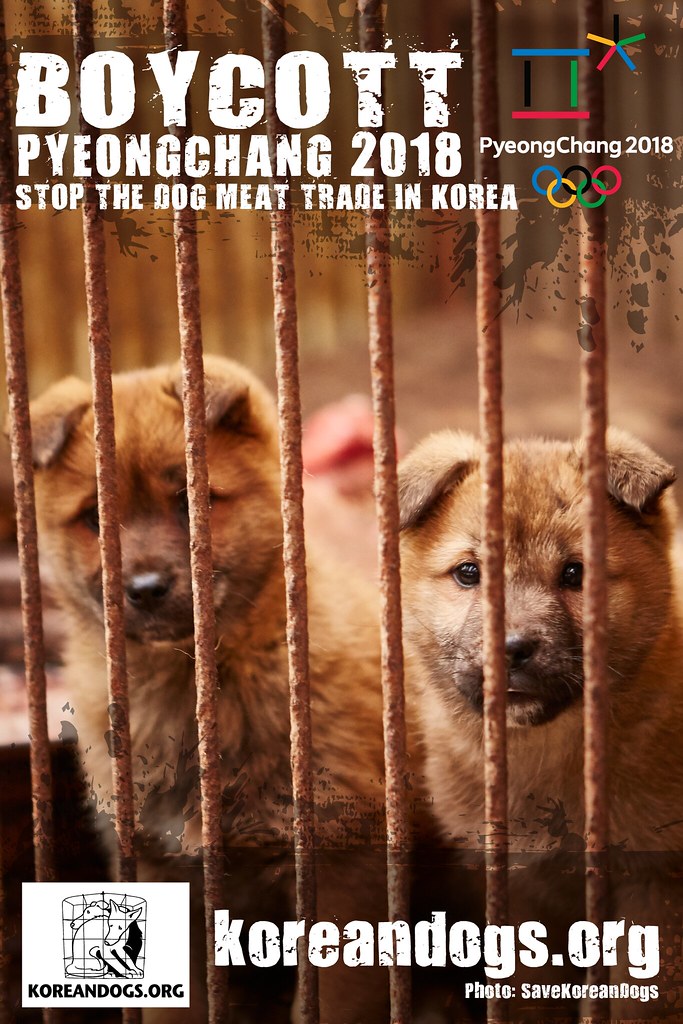