“Each one of us can do a little to bring some portion of misery to an end.” ~Albert Schweitzer

The demand is so high in South Korea that 20% of the dogs eaten there are now imported from China. South Korea is the only country known to have large, intensive farming systems to supply the demand for dog meat. Read more: https://koreandogs.org/

In addition to the unspeakable cruelty perpetrated by the dog meat trade, is also a serious threat to human health and the environment. The dog farms are a hotbed for infectious diseases. Since there is no disease control, these dogs suffer from highly infectious and transmittable bacteria, virus, ectoparasites, endoparasites, and fungi. Out of 165 dogs bred at a dog farm in the Seoul area, 83 dogs(50.3%) were found to be infected with endoparasites and 23 dogs(20.2%) were found to be infected with heartworms.

Puppies suffer from malnutrition because they are fed rotting food waste (infested with pests such as rats, cockroaches, flies) after being weaned. In order to hide from the law and avoid civil complaints, most dog farms are located in remote areas where the sun is scarce, causing a vitamin D deficiency, which is necessary for bone growth.

Locked in cages for months, dogs are bored and stressed from being packed with other dogs and having to breathe in the constant stench. Stress hormones weaken their immune system and they become susceptible to hormonal diseases such as hyperadrenocorticism.

Antibiotics, antidiarrheal treatments and steroids are used to control measles, parvovirus, various respiratory and digestive diseases, but the abuse of drugs led to an increasing tolerance against antibiotics and to the relevant health problems. In some cases, ten times the normal doses were being administered by the farmers without the supervision of a veterinarian.

Please watch these videos and see what is going on inside South Korea at this moment:

There is no appropriate animal protection legislation to prevent the animal cruelty currently taking place in South Korea. As someone who believes strongly that animals should not be treated in this way, I request that your organization investigate and address this issue immediately. Please impose a sanction on the South Korean government until they strengthen the Animal Protection Law to prevent animal cruelty and to introduce basic animal protection regulations. It must also provide penalties for violations and ensure that mistreated animals can be legally seized from abusers and given immediate refuge. I request that the United Nations strongly urge the South Korean Government to create an enforceable law to ban the torture, killing, sale, and consumption of dogs and cats. Please don’t let the South Korean government get away with this horrific cruelty to the companion animals.
Thank you for your attention and kind consideration. 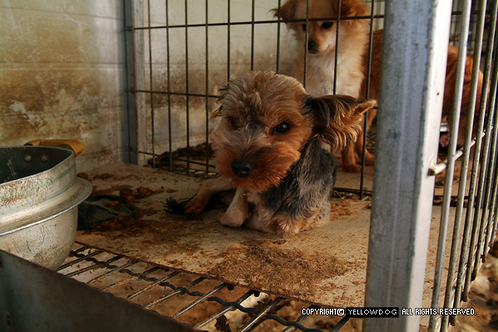