posted by KoreanDogs.org team on September 2,2016 in News

[Updates – November 30, 2016] Click the below links for the updates from Busan KAPCA:

South Korea’s Animal Protection Law is a joke. Look at these dogs, brutally bludgeoned with a hammer, stabbed in the neck with a knife, and agonizingly bleeding to death. How are they being protected? Terrified dogs in cages next to the slaughterhouse can see and hear them being killed. What law is protecting them? South Korea’s dog meat market is disgusting and cruel; when will it end? How much longer will Koreans ignore the cries for help and mercy from these poor animals? Next time you are thinking about buying Korean products such as Samsung, Hyundai, LG, Kia, remember the cries of man’s best friend. Do not support Korea’s economy until they stop this abomination!

Here is the story behind the horror of the videos you just watched:

It was reported on August 16, 2016, by KBS News and Kukje News, and again on August 17 by TV Chosun News, that the butcher of a dog slaughterhouse in Ulsan, Nam-gu District Sanggae-dong that has been brutally slaughtering and selling dogs has been caught.

On August 12, ahead of ‘Malbok,’ the 3rd of 3 ‘Boknal’ Korean dog days of summer, Ulsan City officials and Busan KAPCA(Korea Alliance for the Prevention of Cruelty to Animals) conducted a joint inspection of this dog slaughterhouse and caught the butcher AOO with dogs bludgeoned with a hammer and knife stuck in their throats to bleed them to death in a full and unobstructed view of other live dogs.

At the time of the visit, Busan KAPCA reported that two dogs were lying on the ground bleeding profusely. One of the dogs was still alive and torturously gasping for breath.

Until last year, businesses that slaughter and market a variety of livestock animals, including dogs, were prevalent in the old Sanggae-dong livestock market area. When the livestock market was closed down, the number of slaughterhouses was significantly reduced. However, 6 dog slaughterhouses remain in operation, inflicting unbearable pain and suffering on these animals and selling their meat.

An Ulsan city representative stated that local government over this jurisdiction conducted broadscale maintenance several years ago, eliminating the illegal dog slaughterhouse buildings. However, because the actual act of slaughtering dogs for human consumption is not illegal, there are still people selling dog meat. 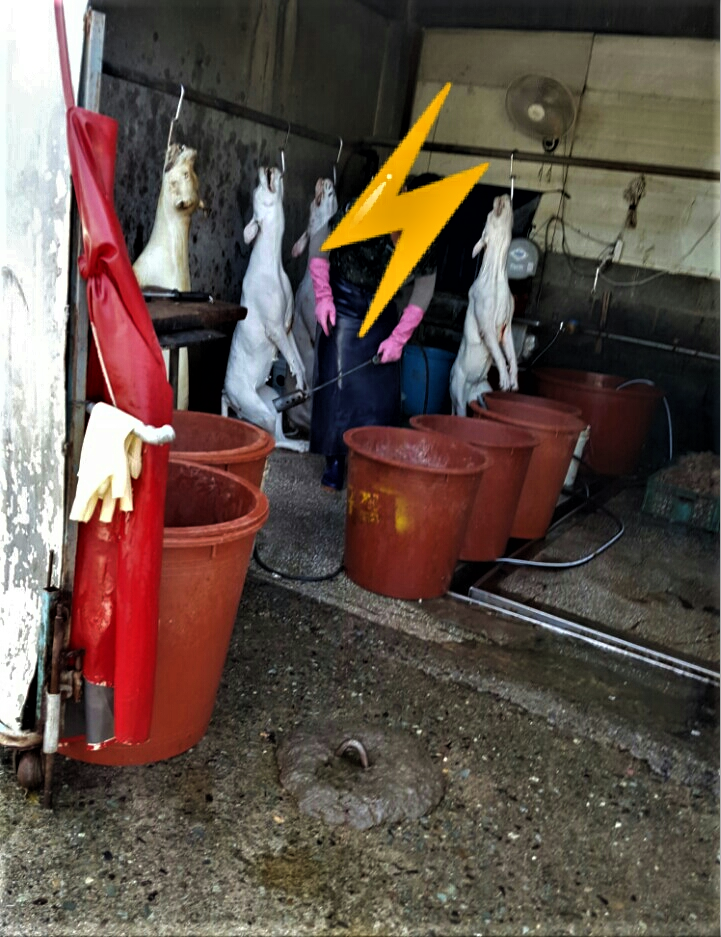 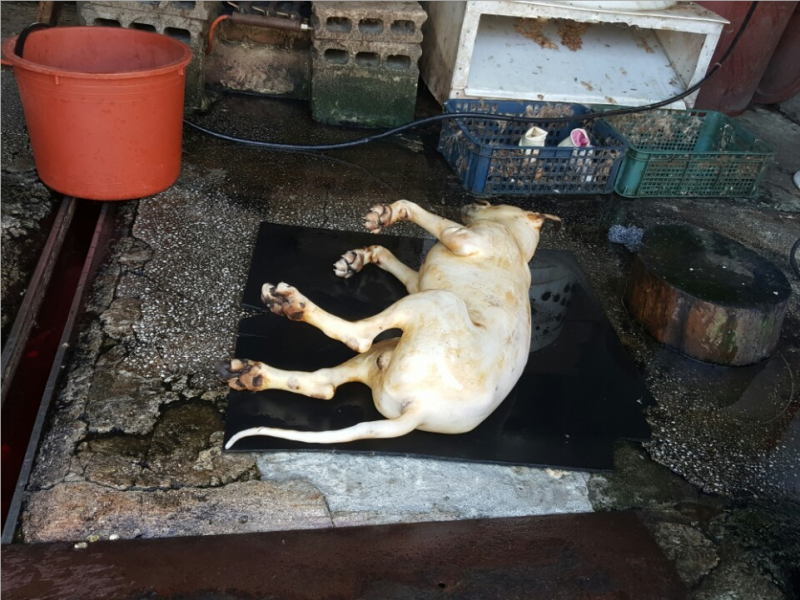