Home / Blog / Bob Heisler of Green Cove Springs, Florida campaigns on behalf of KOREANDOGS.ORG at the University of Florida in Gainesville on August 2, 2014

Bob Heisler of Green Cove Springs, Florida campaigns on behalf of KOREANDOGS.ORG at the University of Florida in Gainesville on August 2, 2014

posted by KoreanDogs.org team on August 4,2014 in Campaign, Event

I have demonstrated against vivisection at the University of Florida in Gainesville three times without incident so I decided to stage an event there at the intersection of University Avenue and 13th Street which is the busiest intersection at the university. This is a two hour drive from Jacksonville so I was the only activist to participate but I had fifteen signs which I placed so that signs were visible from all directions.

A young couple approached me and asked how they could help. I gave them each a KOREANDOGS t-shirt and brochures. I gave a homeless man a t-shirt which he was grateful to receive. Three young coeds were genuinely horrified at the images depicted on some of the signs. I gave them each a brochure. A bicyclist accepted a t-shirt and was kind enough to use my camera to take a photo of me. A motorist who was stopped at a red light asked me, “What about cows?” I replied, “I would not eat them either. That’s why I am a vegan.” He smiled and gave me a thumbs up. I know that there are atrocities committed against farm animals right here in the USA. There is no truly humane meat but dog meat is the most inhumane.

There are countless compassionate Asians throughout the world who are trying to put an end to the extreme cruelty of the dog and cat meat trade. I am proud to help Giny Woo in her brave crusade. Dogs have always been a very important part of my life. Dogs are friends, not food!

Bob, we are truly grateful for your caring heart and an amazing dedication to help end the horrific cruelty of the South Korean Dog Meat Trade! You have inspired us to keep up our fight to speak for the voiceless animals of South Korea! Thank you! 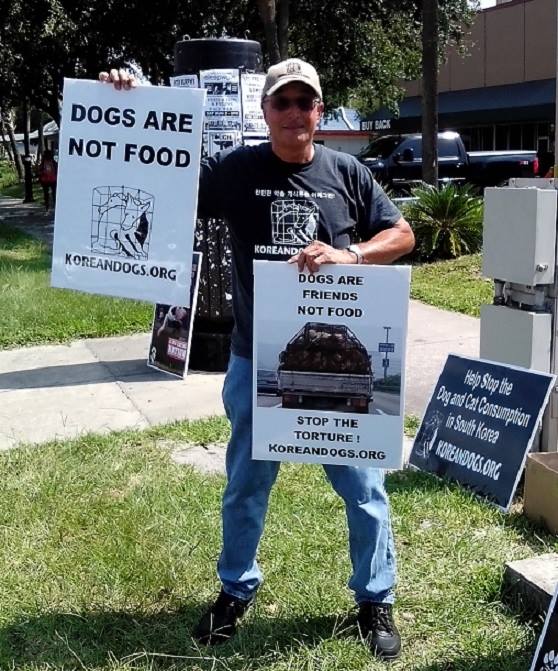 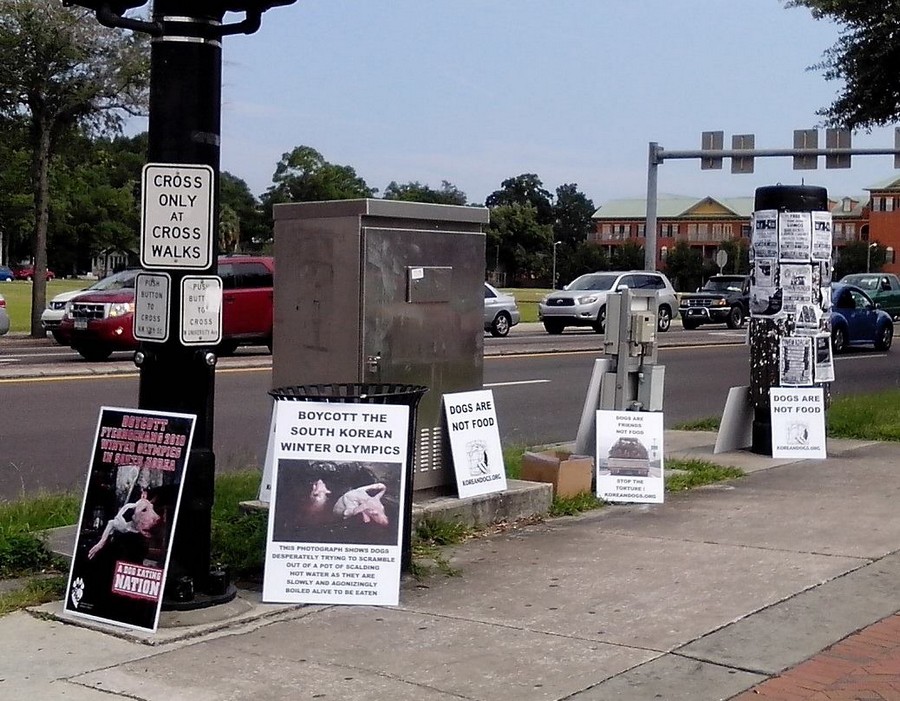 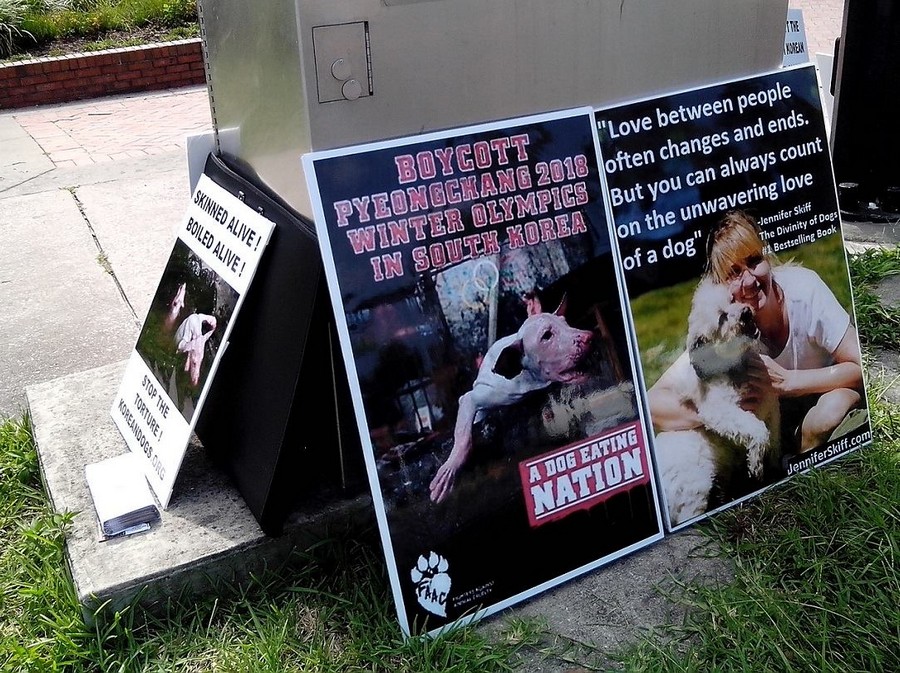 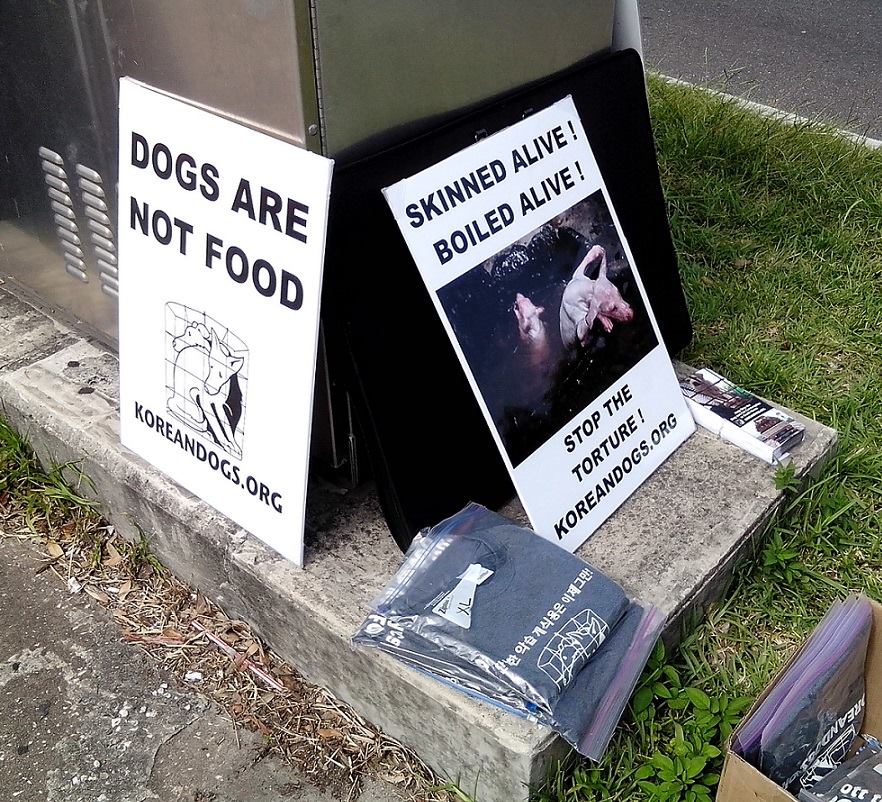 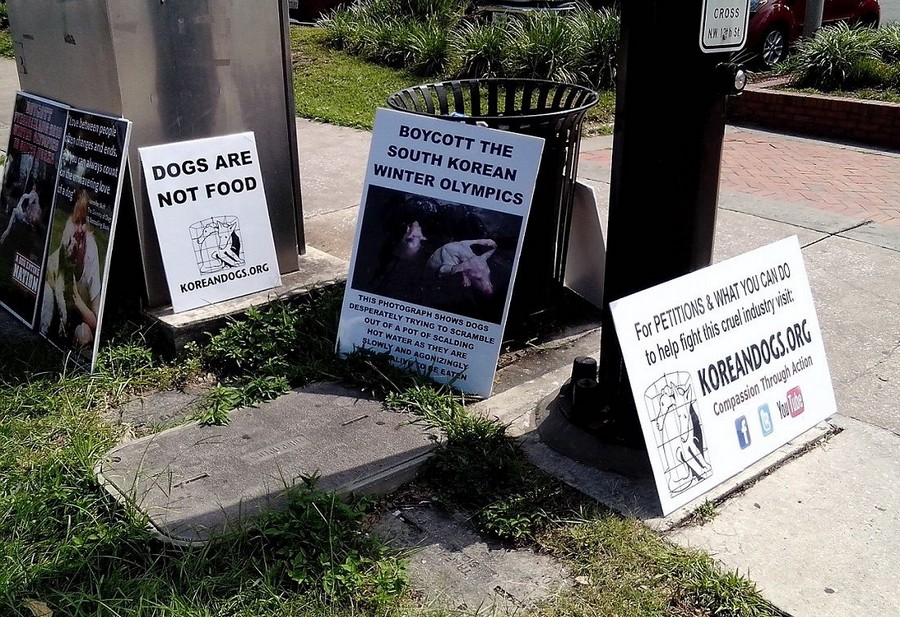 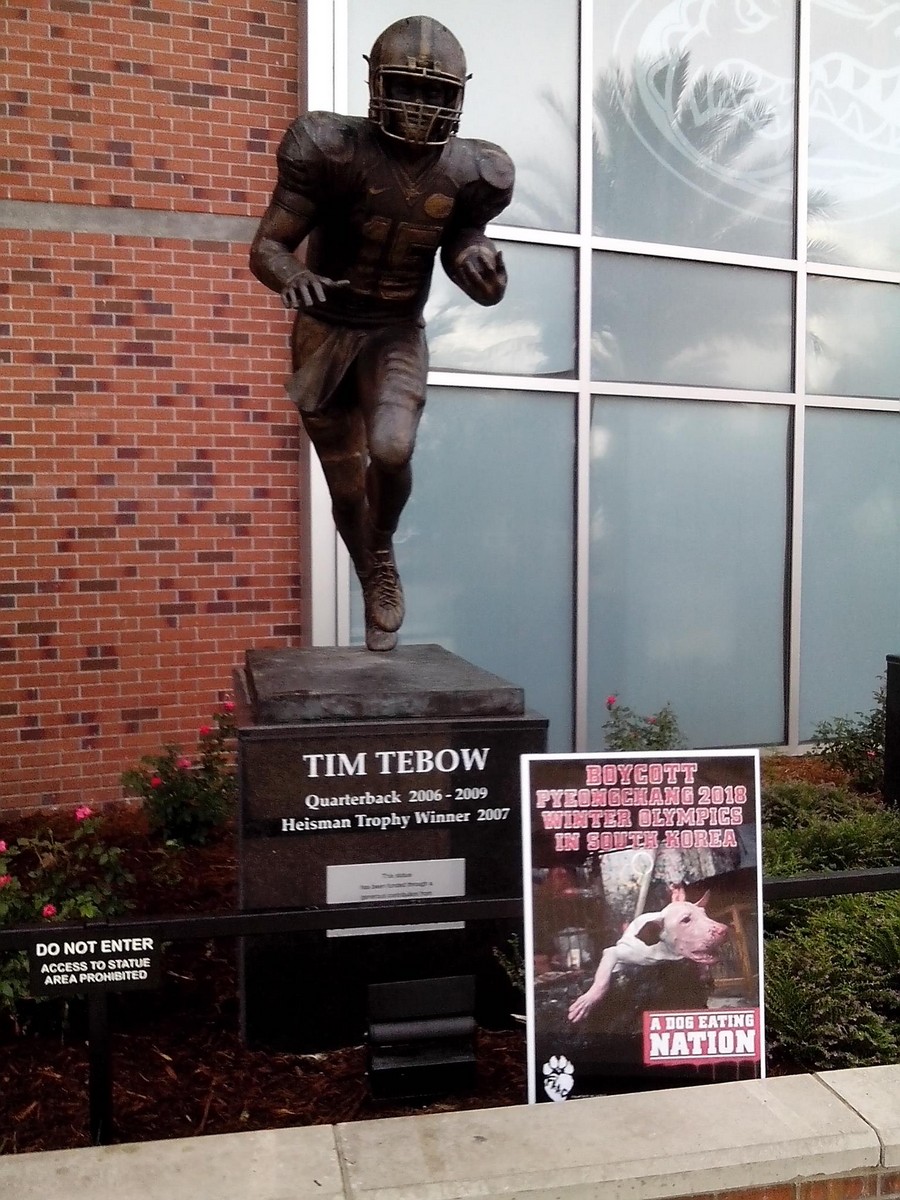 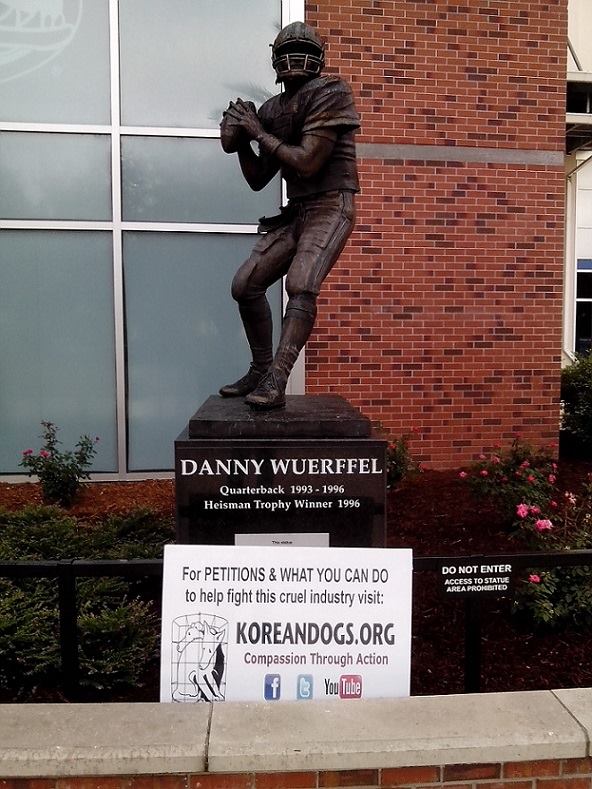