posted by KoreanDogs.org team on February 24,2014 in Campaign, News

This is from his Facebook posting:
This is my display ad as it appears in THE ST. AUGUSTINE RECORD newspaper today calling for a boycott of the 2018 South Korean Winter Olympics unless that country stops torturing and eating millions of dogs. Here is a link to the Change.org petition by Rachel Howard calling for the boycott: http://www.change.org/petitions/boycott-pyeongchang-2018-winter-olympics-in-south-korea-a-dog-eating-nation 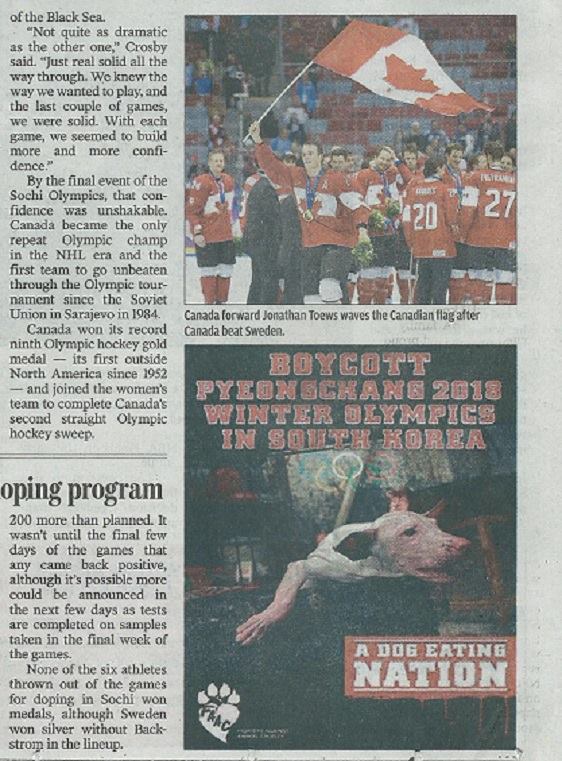 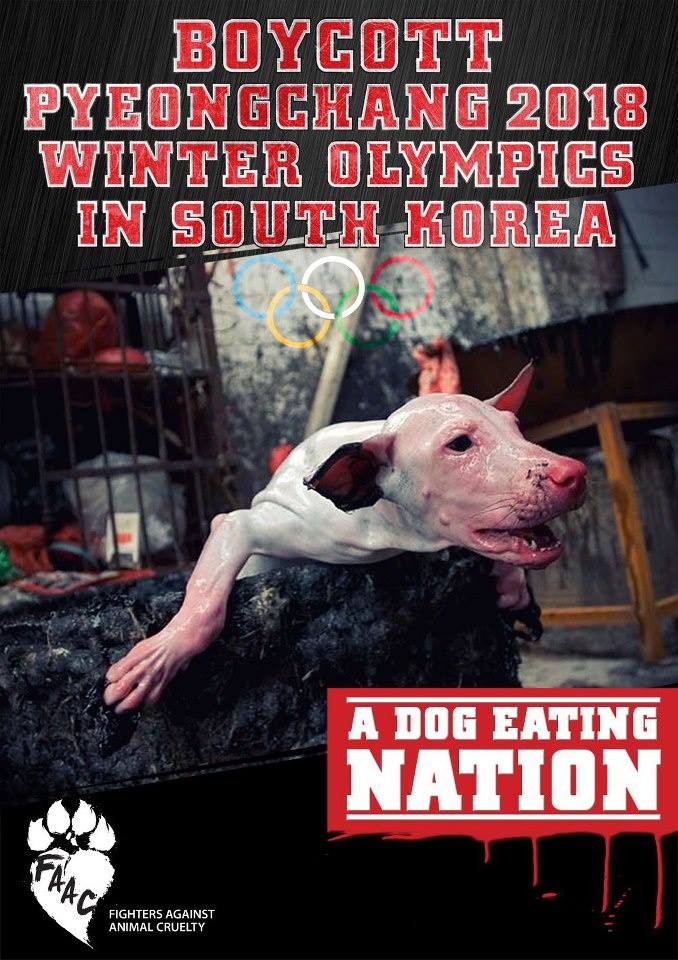