posted by KoreanDogs.org team on August 25,2016 in Demonstration 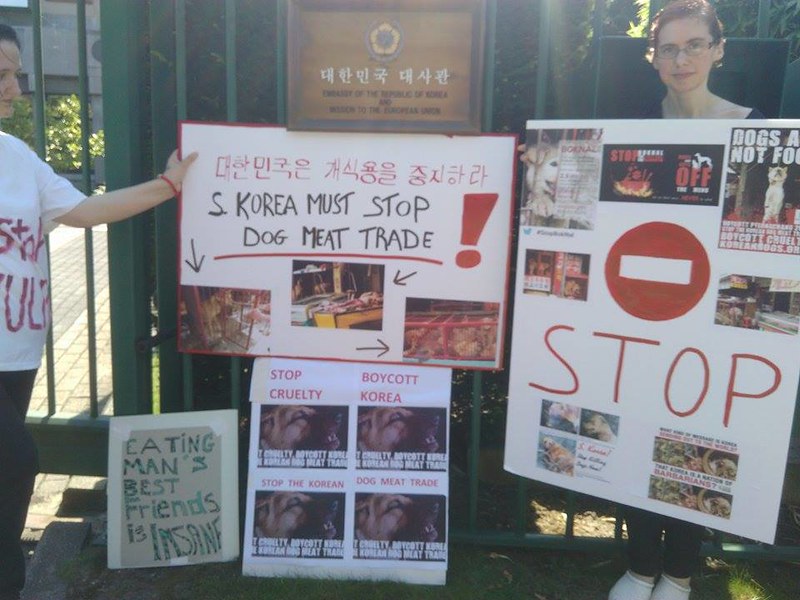 Kaira Association of Brussels, Belgium had held a demonstration in front of the Korean Embassy on August 16, 2016. We received the below email from one of the organizers of the group. Thank you, activists of the Kaira Association, for speaking up for the Korean dogs and cats! We very much appreciate your compassion and dedication and look forward to seeing more actions to help end this brutal trade.

Record of the 16 demonstration in Brussels.
We were not numerous, 6 people. But we were there.
We had very good contacts with members of the embassies.
Several people came to talk to us.
We also had the encouragement of a young girl from the embassy. She said “I love dogs and I do not eat them”.
And a Korean man came to the embassy who said also support the fight against torture of dogs, himself possessing 2.
We did not speak to the ambassador.
I will write him a letter this weekend to remind him of the reasons for our protest.
Thank you again for sharing and translation of sentences in Korean.
Sorry for not doing it.
I have attached some photos
Good day and see you soon! 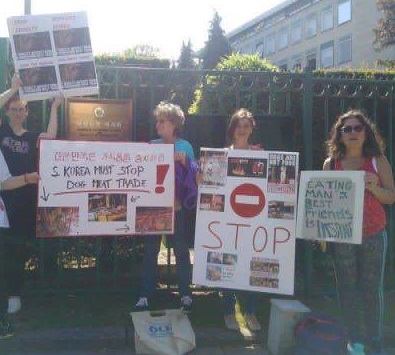 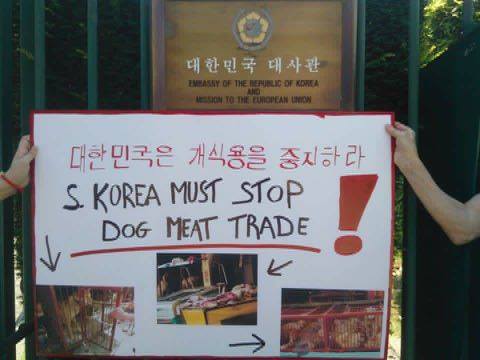 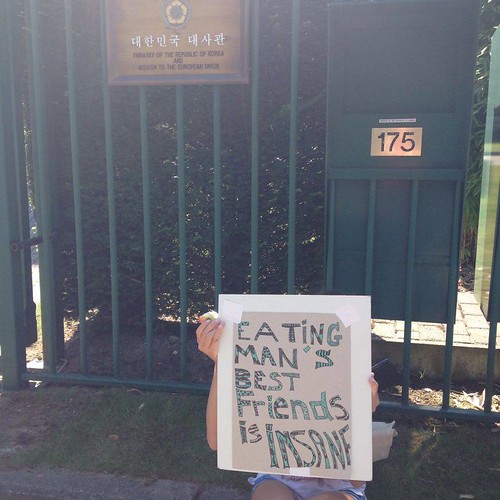