posted by KoreanDogs.org team on May 14,2016 in Nami Kim Team, Rescue

On May 13, 2016 Nami Kim, her team, and the city of Bucheon’s animal welfare official visited a large dog farm where 300 dogs were being bred for meat. They are trying to negotiate a release of all the dogs but the dog farmer wants compensation. Below are stories and videos from this visit shared by Nami Kim and her team on their Facebook post dated May 13, 2016.

The wire cages never seem to end. Behind the two wire cage buildings we observe another long stretch of wire cages with more dogs, roughly totaling 300 dogs in all, including newly born pups.

There is a slaughterhouse within the walls of the facility (too graphic to show) with no sewage which is illegal. I can charge them for violating the environmental law with a minimum of four code violations.

After three hours of negotiation the couple is willing to release all the dogs and give up their business but they want a big “monetary compensation.” My stance has always been “we won’t pay!” but the owner continues to pursue something in return. For every situation we have encountered thus far the same ultimatum is presented, “will you pay the fine?” or “will you surrender the dogs to us?”

More than half of the dogs are a Jindo mix of less than 6 months old. I presume the owners have been breeding the dogs. Our negotiation to surrender the dogs and close the dog farm went on in the presence of Mr. Kim, the city official. The owners of the dog farm appear fearful of paying the heavy fine they are subjected to under the many violations of the environmental law, and yet they continue to want something in return on the condition of an “all release” to us. 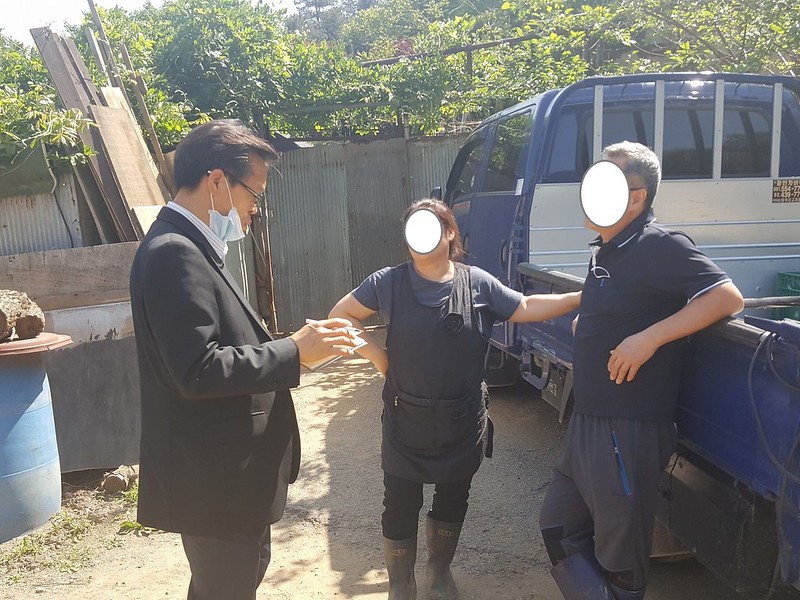 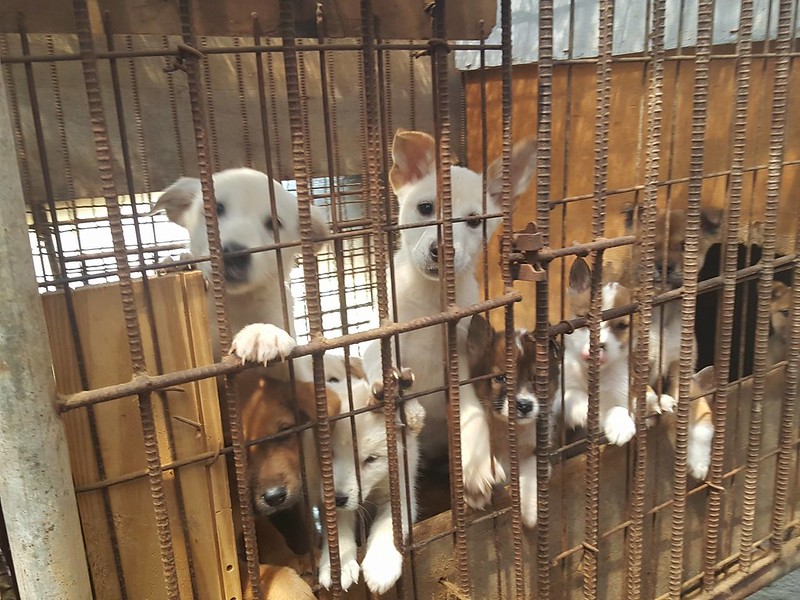 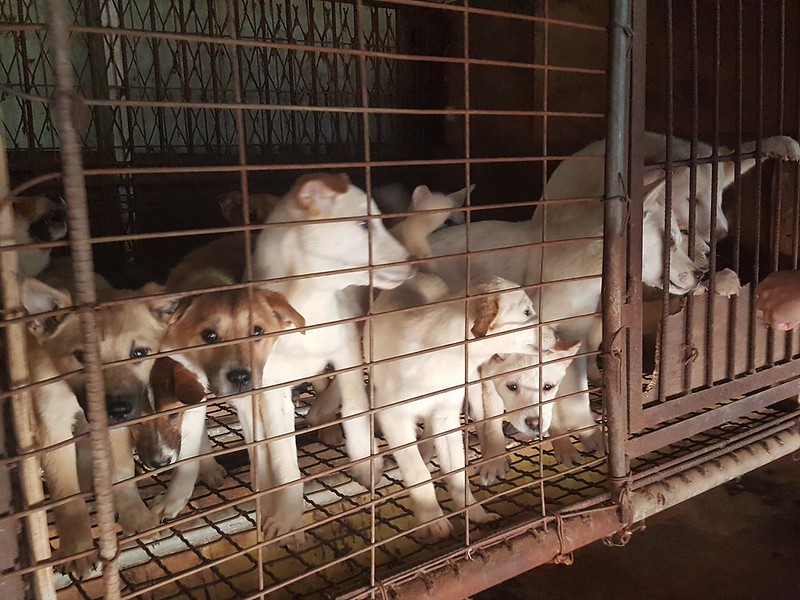 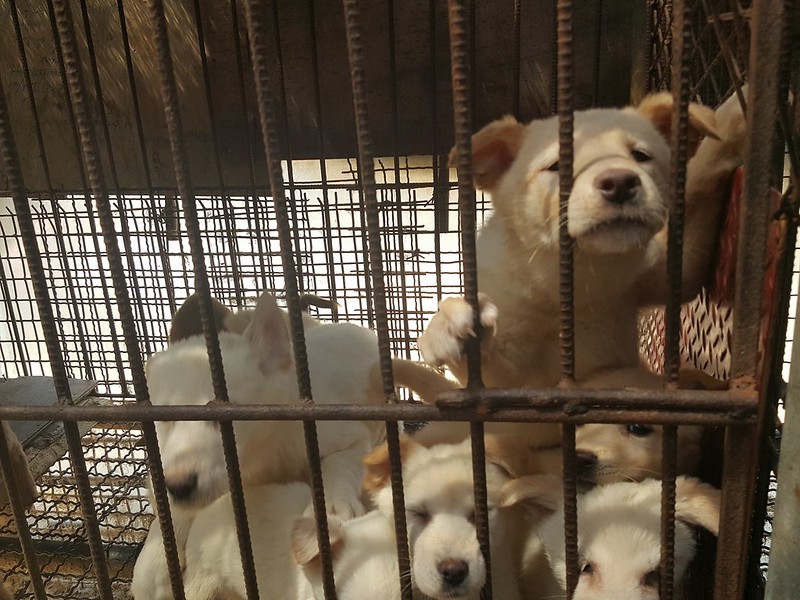 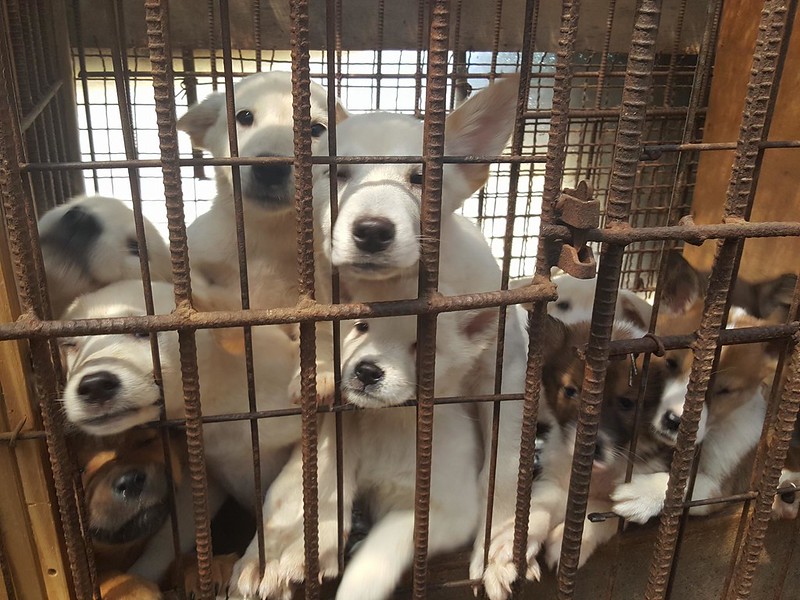 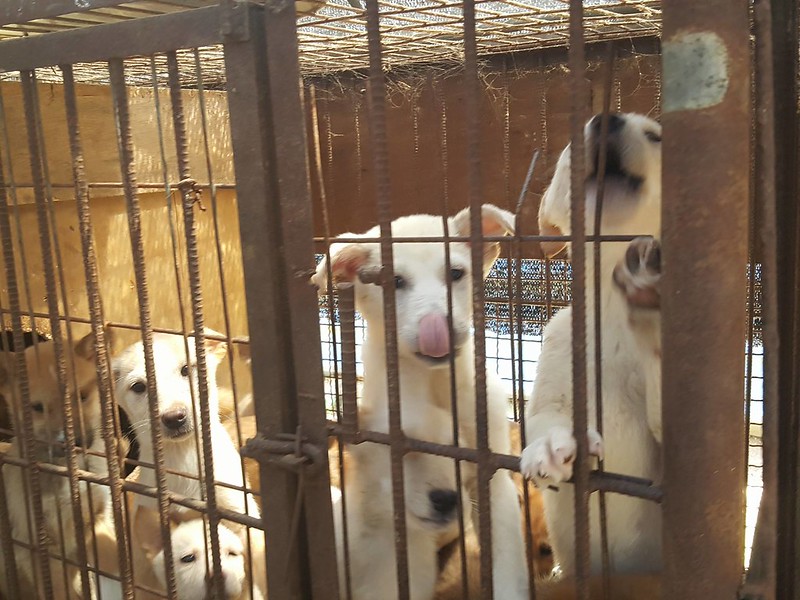 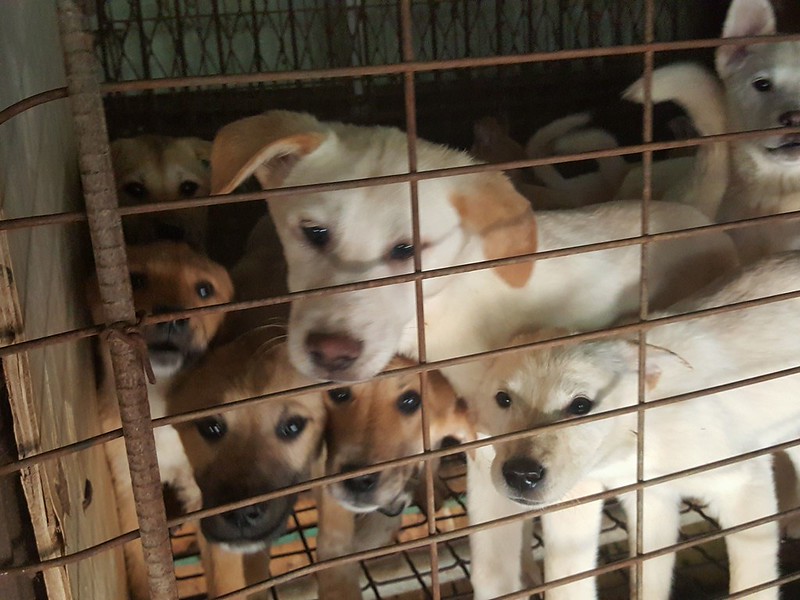 I can see more than a dozen dogs are housed in each cage. I counted them from where I stand. There are four sections of long wire cages stretched out within the facility.

The sign board at the dog farm was taken down in our presence. It says, “We sell dog meat in small pieces” and displays the telephone number of the business to order the meat. Negotiation is ongoing but as of today and going forward they will not slaughter the dogs. Mr. Kim, the city official, played a significant role here today.

If negotiations are successful we will end up with 300 dogs when this dog farm closes its doors. There are roughly 100 dogs in each of three lots of wire cages stretched out in what seems like all directions.

The “butcher couple” would like some seed money to start another business. I think we will have to pay them a little as an incentive to make them stop the killing and surrender all the dogs to us.

The number of the dogs are somewhat too many to handle but we are trying hard to make this happen. We can take 100 to our new shelter. We are trying to find a way to relocate 200 additional dogs. Bottom line is we will shut this dog farm down and save all the dogs at this location. We must do this in order to designate the city of Bucheon a “dog meat free zone”.