posted by KoreanDogs.org team on August 16,2018 in Action Alert, Campaign, Coexistence of Animal Rights on Earth 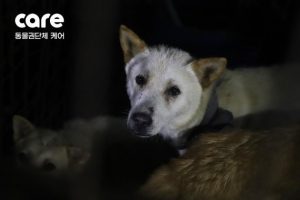 Coexistence of Animal Rights on Earth (CARE)‘s press conference on August 16, after their third surprise visit to the Seongnam Taepyeong-dong slaughterhouse on the night of August 15 at 2am, the day before the third “Boknal” day in South Korea. Watch their live videos. Illegal dog slaughter is taking place in Taepyeong-Dong, Seongnam. Many of the dogs transported in wire cages from all over the country were sick from Canine Influenza and already dead. The dogs were pulled out from the cages, and displayed at the press conference, were tested and Canine Influenza was confirmed on all the dogs. Some of them died, vomiting buckets full of blood. The majority of these dogs which were suspected of being infected with Canine Influenza were dismembered, burned and their internal organs removed at these illegal slaughterhouses and sold as “health food” in Seongnam Moran dog butcher shops and restaurants. Illegal dog farms and slaughterhouses are operating throughout South Korea with millions of these poor animals forced to endure hellish torture and suffering and the Korean government is doing nothing to stop it.

Please support CARE and their mission to bring an end to the dog meat industry in Korea by donating whatever you can afford. Thank you!

CARE and over 20 individual animal rights activists took part in an unplanned protest at Taepyeong Dog Slaughterhouse, where an unimaginable number of dogs are slaughtered every day.

This place, where large-scale slaughtering takes place more than deserves its nickname “Dog Killing Factory.” Too many dogs are crammed into too small steel cages waiting to be brutally murdered.

CARE stated the recent ruling in a Bucheon court that slaughtering dogs for consumption violates the Animal Protection Act. However, the police officers dispatched from Seongnam City Police insisted they were not aware of such ruling and refused to take action at the scene.

Activists came and went while the police simply watched dogs being slaughtered and sold in Seongnam market.

Seongnam City had ordered Taepyeong Dog Slaughterhouse to shut down by the end of August, but recently extended the time frame without reason, and appear to be granting the slaughterhouse workers their living for yet another summer. 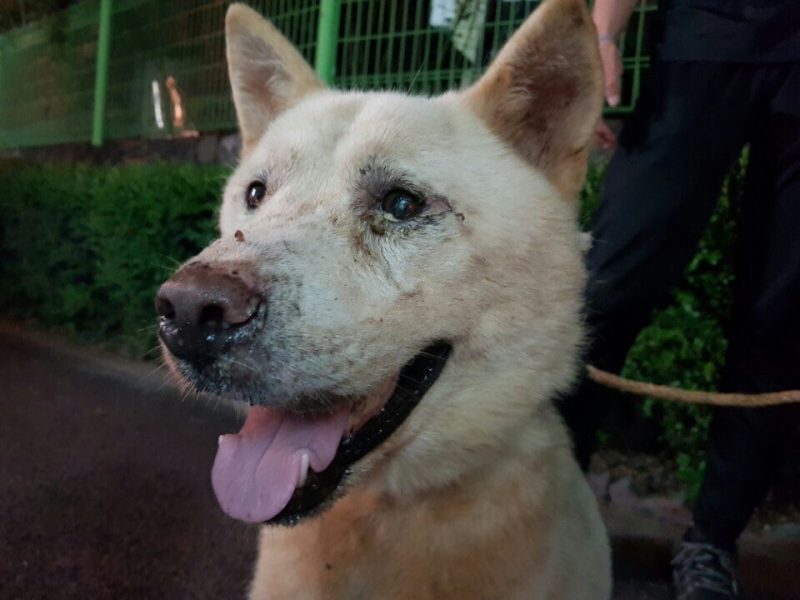 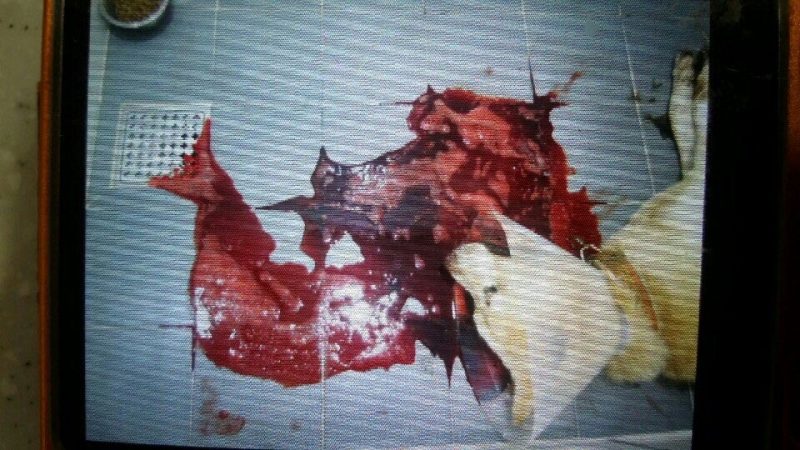 Photos: This dog was rescued from the slaughterhouse in Seongnam Taepyeong-dong by CARE but she was already very sick, vomited buckets full of blood and passed away. Jung Jin Woo.