posted by KoreanDogs.org team on February 19,2016 in Action Alert, Campaign 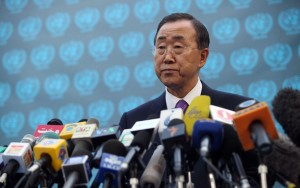 Mr Ban Ki-Moon is currently the Secretary-General to the United Nations – that is his job title; however, he is primarily a South Korean national – he was born so, and that won’t change.

Many of us have been writing to him with personal requests for help in our fight to stop the dog meat trade in South Korea – his country – as we feel that it is the duty of every citizen of the world to stand against all forms of wrong doing (in this instance extreme and unnecessary animal cruelty) that is being carried out in their own home country, regardless of where the person currently resides – or their occupation.

Our letters were addressed to Mr Ban at the United Nations, as that is his contact address, but (if they reply at all) they are sending out disappointingly ‘standard’ replies, unsigned, and sent from the Department of Public Information; an example of which we have attached, and which points out the rigmarole required, and approval procedures, for any UN Member to bring a matter up for official discussion.

This is ridiculous, we are asking Mr Ban, as a Korean National (and a caring human being) to bring this matter up with his Government; we are not asking for the UN’s stamp of approval. None of us need approval from our work colleagues to make our own views known – we know it is right to take action to stop these atrocities, and we are taking action. Mr Ban is a free citizen, and perfectly capable of putting forward his own views to his own countrymen, should he choose to do so.

Mr Ban is an important figure and he will be listened to by other people in authority – and by his fellow citizens; he can make a difference.

Mr Ban has been seen to publicly promote South Korean celebrities, such as Psy (in true Gangnam style); we presume he didn’t ask for the UN’s approval for that cheery little piece of PR. And, does he not realise what bad PR his own country is increasingly receiving through these abhorrent and cruel practices?

The unsigned response to this particular letter also advised that we should ‘consider sending our views’ to organisations such as the HSI. Whilst we know that the HSI is well aware of the situation and has its own campaign running, we are making a direct request to Mr Ban independently, not one through a third party. We were also told that ‘their research shows that the WSPA is another viable option’, but our research cannot find any reference to the WSPA specifically targeting the South Korean dog meat trade. Again, we must point out that we perceive this to be a disappointing – and rather insulting – response.

And again, we will be contacting Mr Ban to ask for his personal help to bring an end to the dog meat trade in his country. 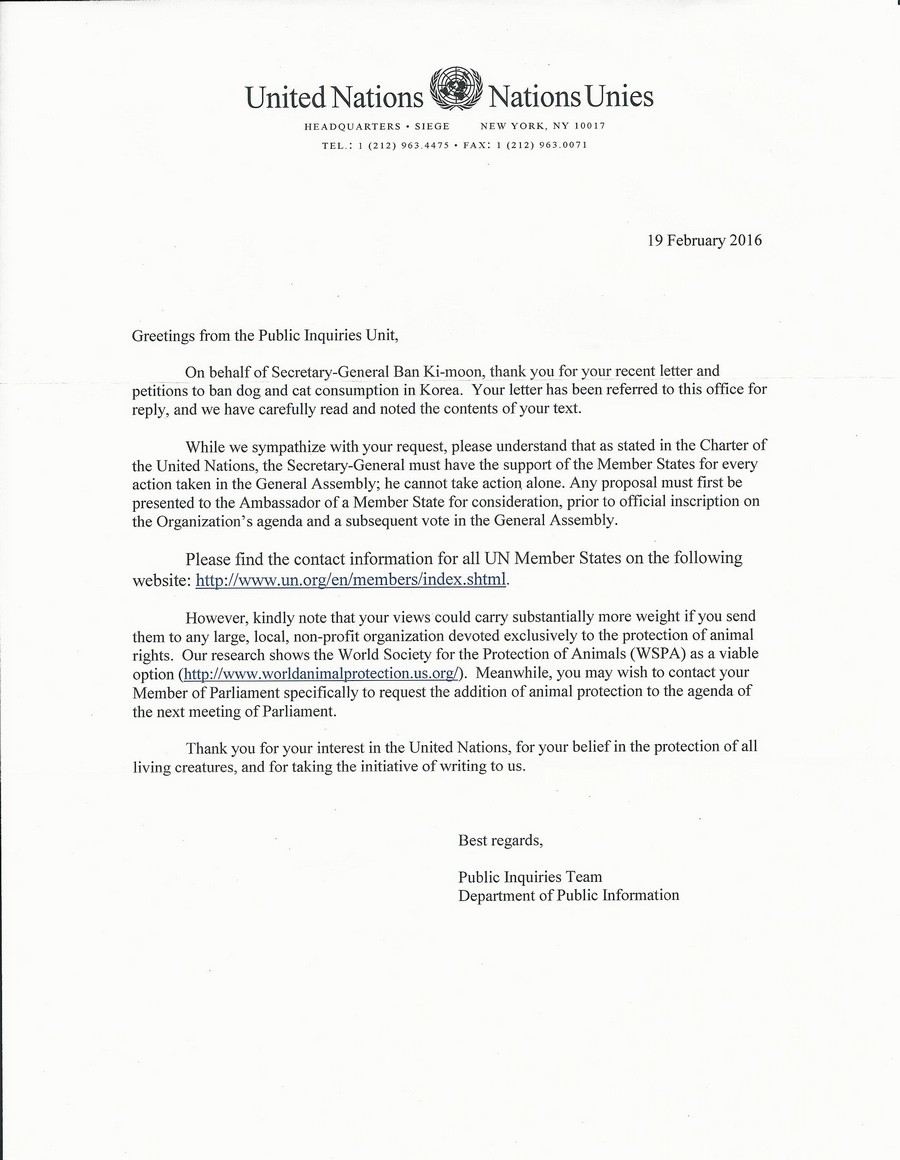 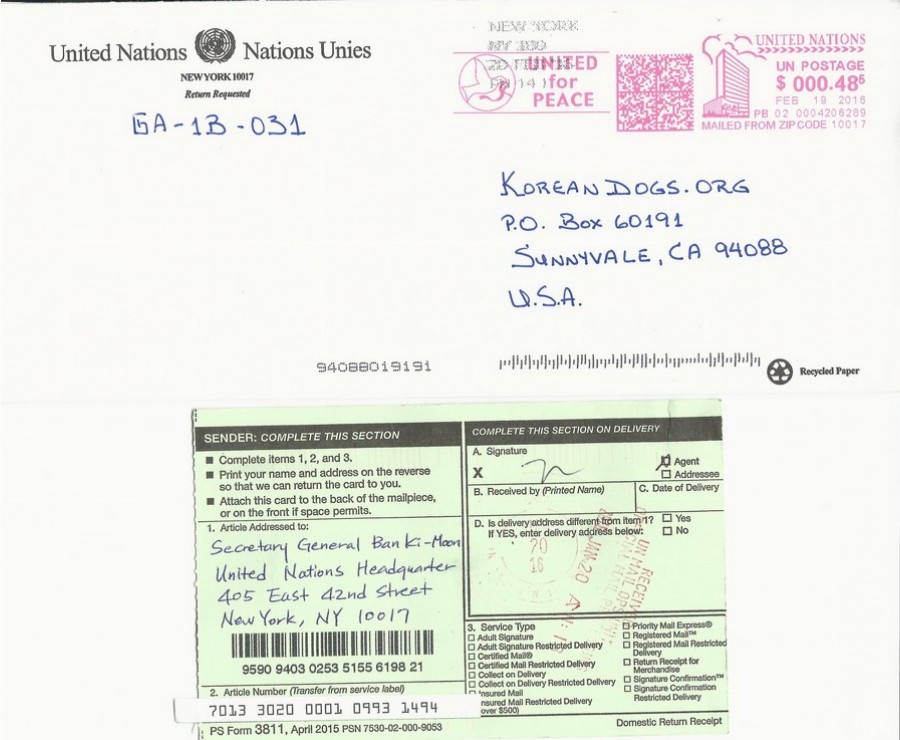