posted by KoreanDogs.org team on August 13,2015 in News

The all-star third baseman tweeted this photo of himself wearing a KoreanDogs.org t-shirt in the locker room. Amy Waz, who is a friend of Evan’s, gave him the shirt, a KoreanDogs Frisbee, and KD literature. Evan Longoria was voted American League Rookie of the Year in 2008. He is one of the best and most popular players in baseball. Evan is well known for his generosity and charitable work. For several years now, each home run he hits benefits the Pet Pal Animal Shelter in St. Petersburg, Florida. He himself has rescue dogs. Evan also supports the Moffitt Cancer Center and Little League Baseball among other causes. Thanks a million for joining the KoreanDogs team, Evan. You are truly an MVP for the dogs and cats in the meat trade. And thank you, Amy Waz, for drafting your friend Evan. Please “like” Evan on Facebook, read about him in Wikipedia, and support his causes.
www.facebook.com/Evan3Longoria
www.wikipedia.org/wiki/Evan_Longoria
www.petpalanimalshelter.com
www.moffitt.org 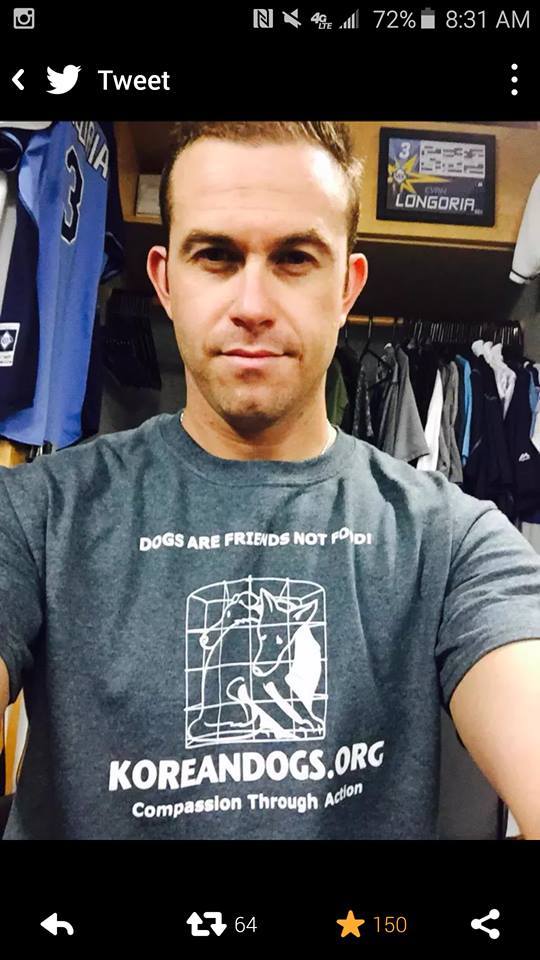 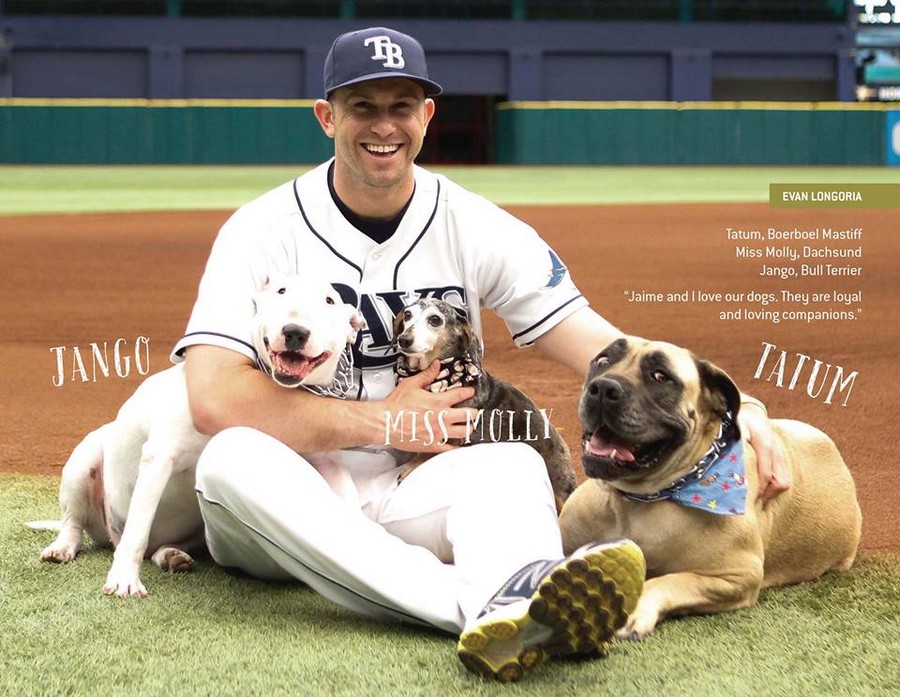 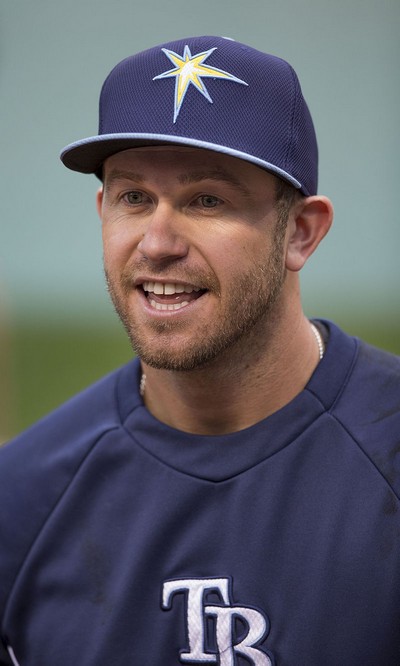 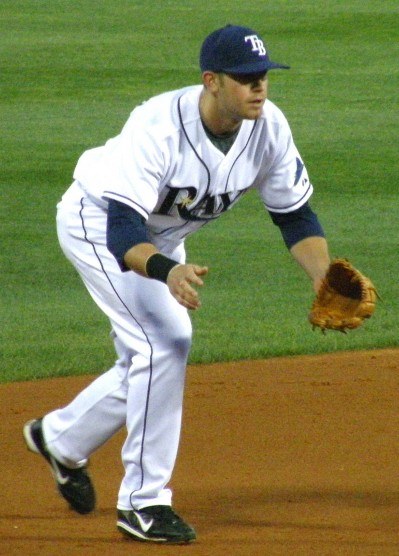 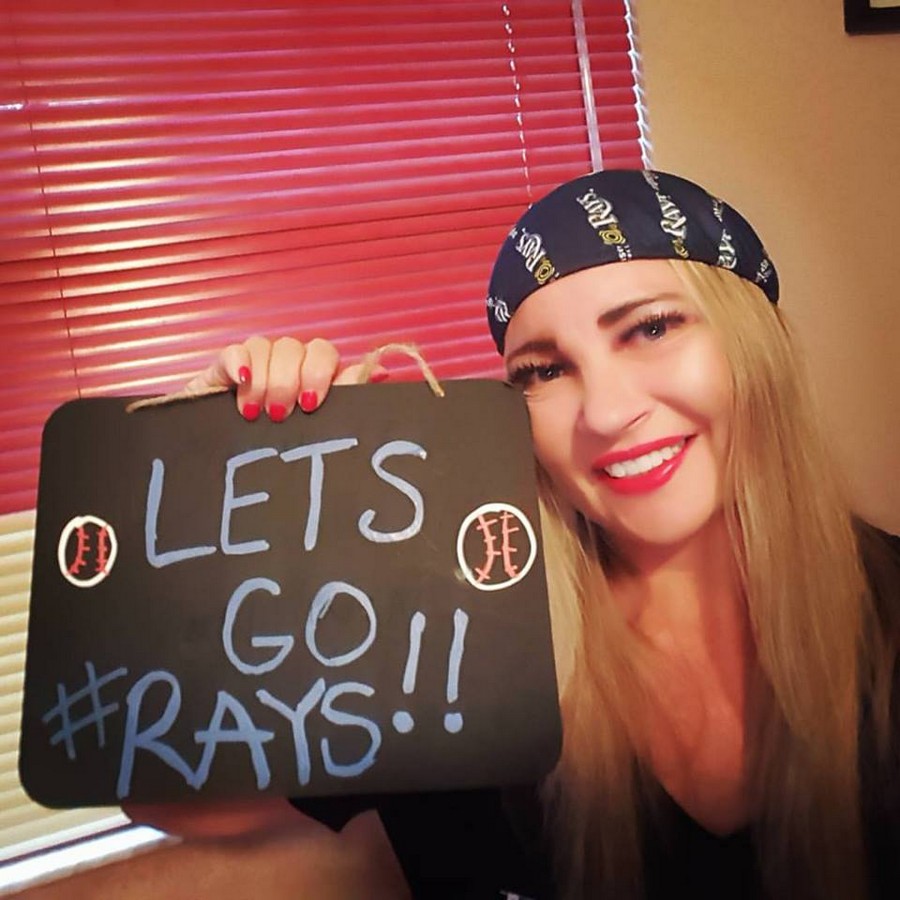