Los Angeles Mayor, Eric Garcetti, has approved the City Council Resolution which requests that the governments of China, Vietnam, South Korea, Cambodia, and Indonesia ban the sale of dog meat and to enforce their animal cruelty laws! Now it’s become the official position of the city of Los Angeles!!
Click HERE to learn more.

In Seoul, there are countless dog farms, slaughterhouses, markets, and restaurants where the dogs, who have been tortured their entire lives, end up being slaughtered in the most inhumane ways, such as by electrocution, hanging, or beating, and then thrown into boiling water – sometimes while they are still alive. In many places, dogs are being killed in full view of other terrified, caged dogs; and this takes place in public and in broad daylight. In addition, many abandoned and stolen former pets end up in this industry and are subject to the same cruelty.

The searches resulted in dozens of 1,170 Health Food Centers; and 448 restaurants in the vicinity of Seoul.

Even if half of these ‘Health’ Food Centers and restaurants serve dog and cat ‘ingredients’ in one form or another, imagine how many dog/cat slaughterhouses must be present in the vicinity of Seoul to supply these outlets. 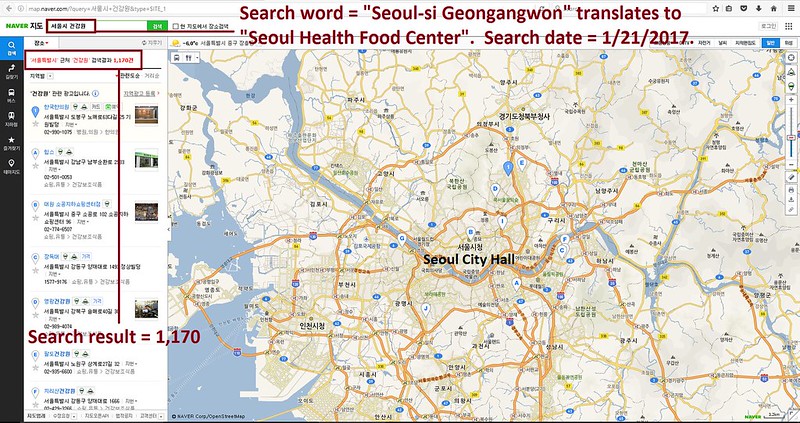 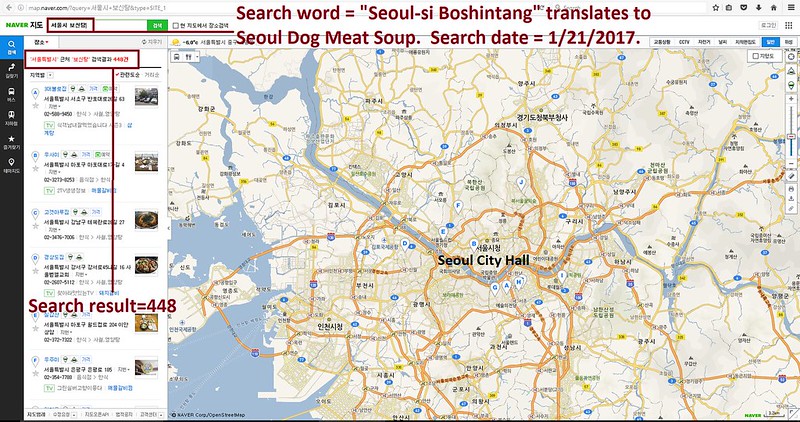 Hello, I’m calling to speak to someone in the Mayor’s Office to ask for their help on an important issue regarding your Friendship city, Seoul in South Korea.

If I could explain: dog-meat consumption is currently being practiced in that city, even though it is illegal under South Korean Law – but the laws are not enforced. The dog and cat meat trades involve extreme and widespread animal cruelty, and the animals suffer unimaginable pain and distress. They cannot speak for themselves which is why I am calling on their behalf. And, I believe that your city would wish to be made aware of this issue, as you would not want to be affiliated with a city where illegal and immoral torture is being carried out on any animal, and particularly not on ones that are loyal, trusting creatures, which look up to us humans as their guardians.

So, I am asking you to please speak with your counterparts in Seoul to urge them to enforce their own laws, not ignore them, and to show compassion to their companion animals, and also respect to their own citizens, by bringing these trades to an end.

With the Winter Olympics coming up in 2018, this is the time to make change; this is the time to stop the illegal, inhumane and unnecessary cruelty. I know that South Korea has many beautiful, admirable, and noble practices and customs worth preserving, but this is not one of them.

No matter where you live, PLEASE SHARE these actions with your friends, especially those who live in Los Angeles!