Jeju-do Province’s response to our petition on e-People

It looks like they have attached an English translation file (.hwp file) to the response on e-People, but we could not open the file. Therefore, please find below our translation of their response:

“Hello, The controversy over utilizing dogs as food in Korea has been going on for a long period of time. As the number of companion animals exceeds 10 million in recent years, dogs have become part of the family with people, rather than just animals, and overall awareness of companion animals has improved and negative perceptions of dog meat consumption are spreading. However, dogs are not included in the livestock products prescribed by the Livestock Product Sanitary Control Act, so even if a dog is slaughtered for meat, it is not covered by the slaughtering, processing and sales regulations for livestock products stipulated by the Act. Since the dog meat industry has already been around for a long time, it is not going to be easy to ban by law within a short period of time. This is Korea’s homework to solve step by step through policy and social consensus at the pan-government level.

We find the response simply staggering. Just because a practice is an old or entrenched one, doesn’t mean it is right or that quick action shouldn’t be taken to ban it. This is the kind of shameful, profoundly indifferent and irresponsible attitude that we have come to expect from Korean government, and should be a national embarrassment to all Korean citizens. 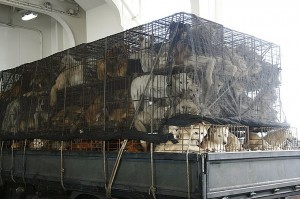 it fails to substantiate and evidence what direct actions Jeju-do is taking to enforce existing laws to disrupt the entrenched dog meat trade in South Korea. We have not been provided, in this response, with any evidence of any direct actions taken by Jeju-do, such as recorded information relating to inspections, monitoring and actual enforcement action taken against violators, in relation to dog meat farming, slaughterhouses and businesses selling dog meat and dog meat products (such as dog elixir and dog soju);

it fails to show what actions Jeju-do is taking with regard to proposing amendments to existing legislation or bringing in new legislation to address and end the dog and cat meat trade, and 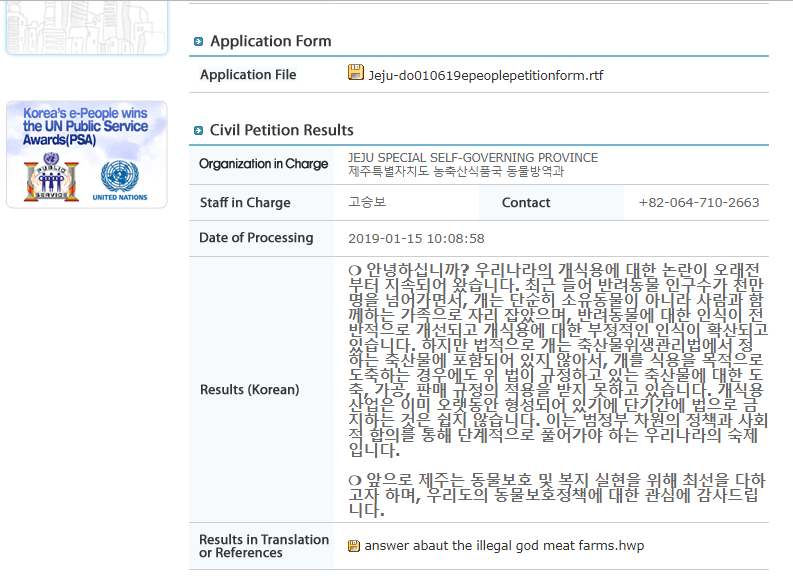