Nami Kim (SaveKoreanDogs.org) has shared the uplifting news that her team held a further meeting with Jeonju’s Mayor Kim Seung-Su, and they have now received his official confirmation that Jeonju is going to be a “Dog Meat Free” city. And, action has already begun with a draft in place for a “Dog Meat Free” animal welfare master plan.

Jeonju will become the second “Dog Meat Free City” in South Korea, following in the steps of Bucheon, which, under the progressive leadership of Mayor Kim Man-Soo, last year began the process of shutting down its dog meat industry. Jeonju’s transition into a “Dog Meat Free” city, Nami feels, will be a much quicker process than that of Bucheon; we certainly hope so.

It was by no means an easy decision for Mayor Kim to make; he will have to face tough and potentially violent resistance from many of his constituents – those involved in the dog meat industry and those dog meat consumers. But Mayor Kim has shown that he is brave and patriotic to his country by making this right decision, one that will not only protect the animals from cruel treatment, but will further progress South Korea. We salute you, Mayor Kim!

We previously held campaigns calling for action from Jeonju’s Sister cities and Friendship cities, to speak out against Jeonju’s dog meat industry: Hawaii, San Diego, and Florence, Italy. And now we are extremely happy to be able to update all of our supporters who took action on these petitions, by sharing this wonderful news with them.

As a “Dog Meat Free City”, Jeonju is closer to becoming a world class and ethical city, with no barriers to forming beneficial and strategic partnerships with other cities around the world.

Mayor Kim, we love you and support you, from all across the world. We also want to send a big ‘thank you’ to all of the following people in: Mayor Kim’s staff, SaveKoreanDogs.org, and Action for Animals, for making this momentous event happen. And, many thanks to Jess Avilla Gilroy for volunteering with SaveKoreanDogs.org and attending this important meeting to show support.

Please help SaveKoreanDogs.org continue their important work of ending the dog meat trade in South Korea. Please donate today. Thank you for caring and for your generosity!! 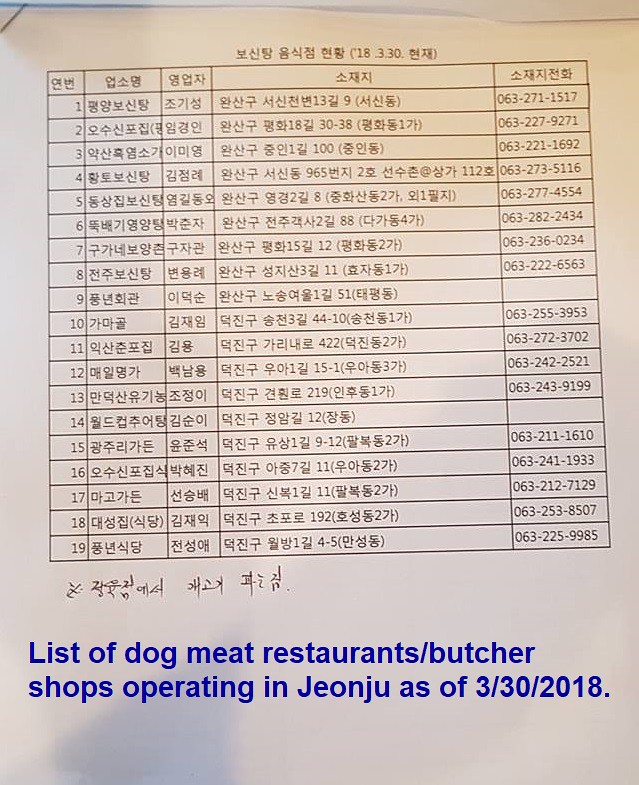 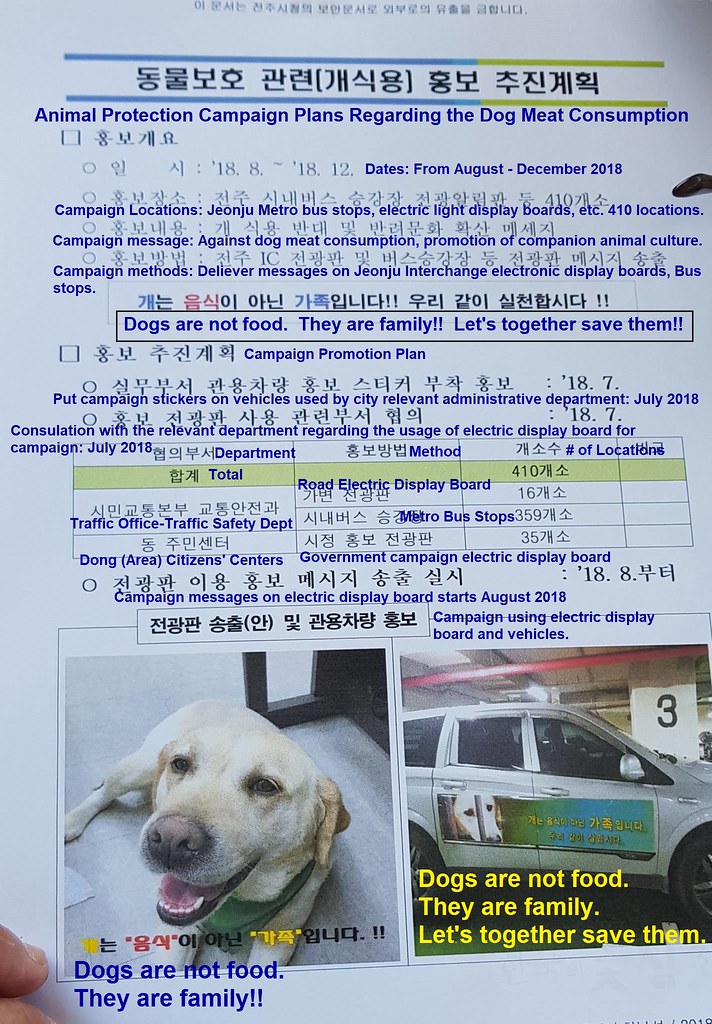 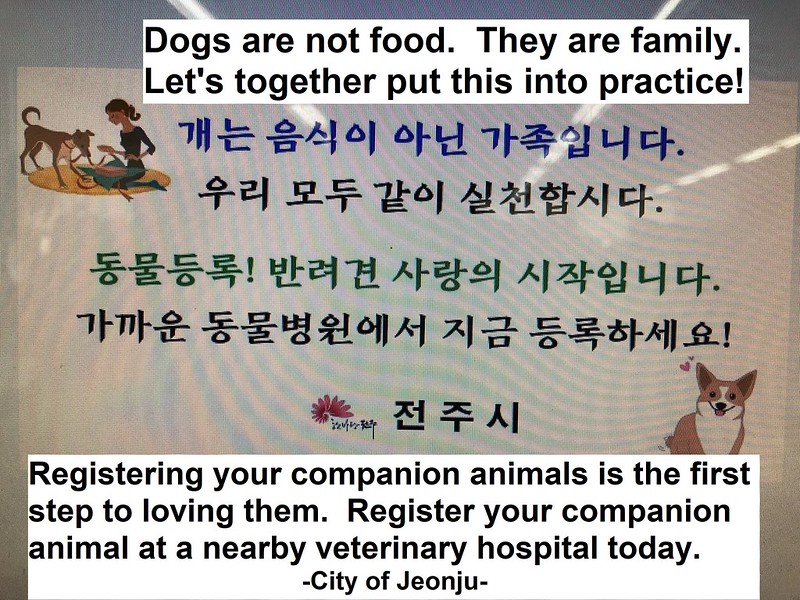 Photo: This campaign stickers will be on every bus stops. 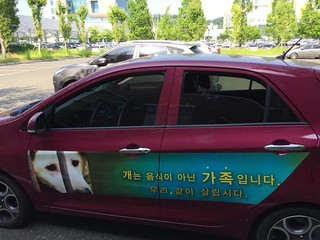 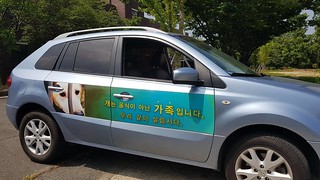 • On July 17, the City of Jeonju held the final briefing session of “Jeonju Animal Welfare Master Plan Establishment Research and Service” at the Jeonbuk National University.
• Based on the investigation of Jeonju’s current animal welfare condition, an animal welfare policy was established that includes construction of companion animal parks.
• The draft is a roadmap of both medium and long-term visions and goals for the animal welfare policy, projects by different areas, establishment of implementation strategy, etc.

With a desire to become recognized as the most humane city, Jeonju will be adopting animal welfare policies that protect animals, bestowing on them the right to enjoy a happy life by creating companion animal parks, abandoned animals protection centers, etc.

The final briefing session of the “Jeonju Animal Welfare Master Plan Establishment Research and Service,” which creates a strategic roadmap for the provision of care for animals sharing their lives with Jeonju citizens, was held on July 17 at the Jeonbuk National University’s Jinsudang Hall.

With the vision of “Animal Friendly Jeonju”, since December of 2017, Lead Researcher Professor Im Chae-Woong of Jeonbuk National University’s Industry and Academic Cooperation Institute, has been conducting an investigation of current animal welfare conditions in Jeonju. Based on his research that includes comparative analysis of countries with advanced animal welfare policies and our current local policies, the basic direction of the animal welfare policy and its projects were announced.

To make Jeonju a city friendly to animals such as companion animals, abandoned animals, stray cats, and exhibition animals/laboratory animals, and to encourage civic participation, 19 projects in five fields were recommended.

First, they suggested construction of one companion animal park each in Wansan-gu and Deokjin-ju districts, as well as strengthening the policy to secure effectiveness of the animal registration system and increase the registration of abandoned animals.

Also included is support for new industry regulations as well as financial support for the spaying/neutering of companion animals belonging to low income and disadvantaged individuals.

With regard to abandoned animals, it was recommended that, as quickly as possible, plans be crafted to include the establishment of animal care centers that would protect animals, improve the animal registration system to prevent animal abandonment, develop a system of rescue and protection, create a temporary care system such as foster homes, and expand animal adoption procedures.

A Jeonju city official stated, “Based on the results of this research, conducted at a time when the ownership of companion animals is steadily increasing, we intend to quickly move forward with projects that are feasible in the short term, and work in close cooperation with the relevant city departments to implement mid-to-long-term projects that will improve the welfare of companion animals and can be empathized by the people who care for them.” 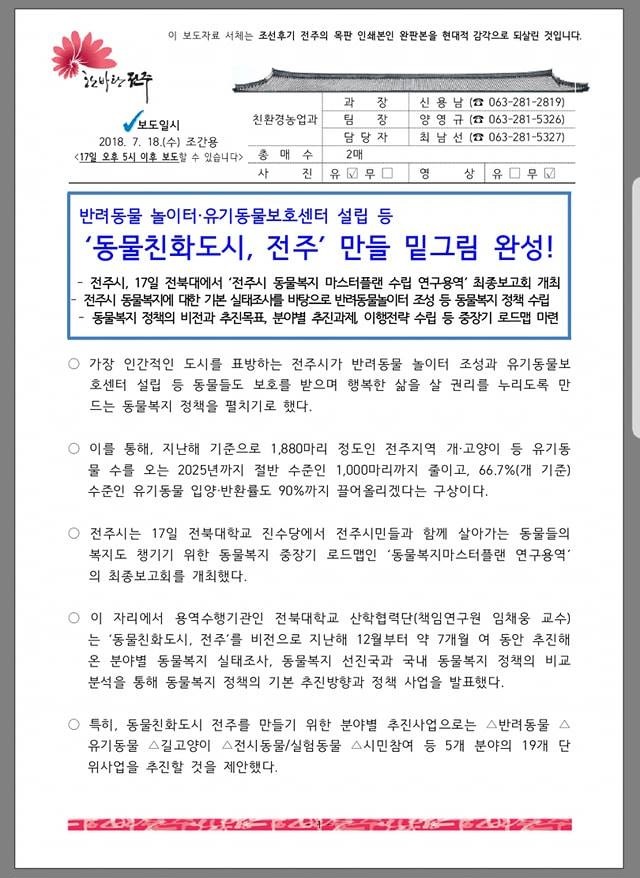 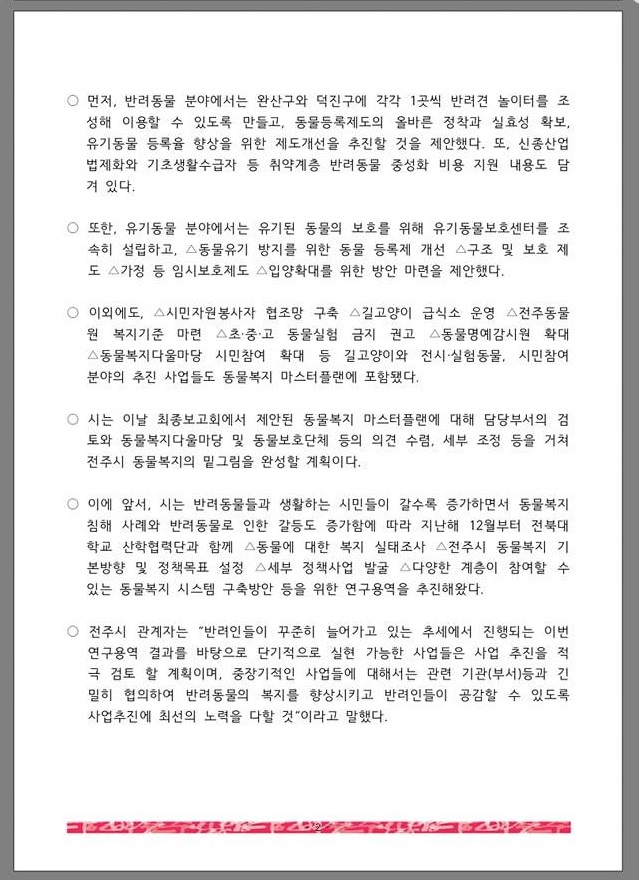