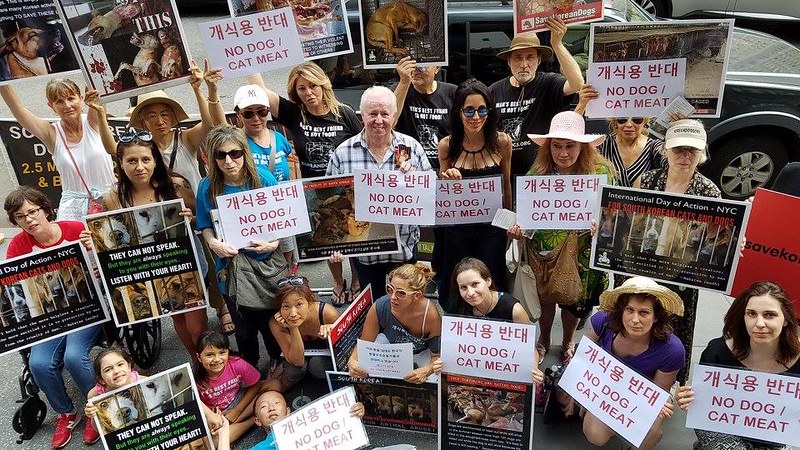 The Animals’ Battalion is holding a series of demonstrations in New York City, for the third year in a row. They are demonstrating outside the South Korean Consulate, to make that government aware of how strongly we abhor their indifference to the mass cruelty and suffering inflicted on sentient animals, within the dog and cat meat trades; and also of the failure of their government to bring about an end to this evil trade which makes profits from the suffering of animals.

Friday, July 21, was Day 2. Thank you to The Animals’ Battalion for organizing this demonstration, especially Noelia and Roberto and all the animal advocates who came to help. We are thankful to Susan who has helped with promoting this event by sponsoring an advertisement in the local Korean American newspaper inviting Korean Americans to help out as well as leading the chants in the Korean language. It’s so great to see Korean Americans join us in this very urgent and important fight to save the dogs. I believe the New York Korean Consulate staff have been put under pressure and we hope they are embarrassed about their nation’s profound indifference to this cruel and shameful practice.
Click HERE to see more photos from The Animals’ Battalion’s Facebook page.

Let’s make the 3rd and last of the demonstrations on August 11, the biggest ever. If you are in the New York area, please join us. If you are not in New York, your help is still needed. You can still participate and show your support by joining our Phone Blitz. Click HERE for learn more. 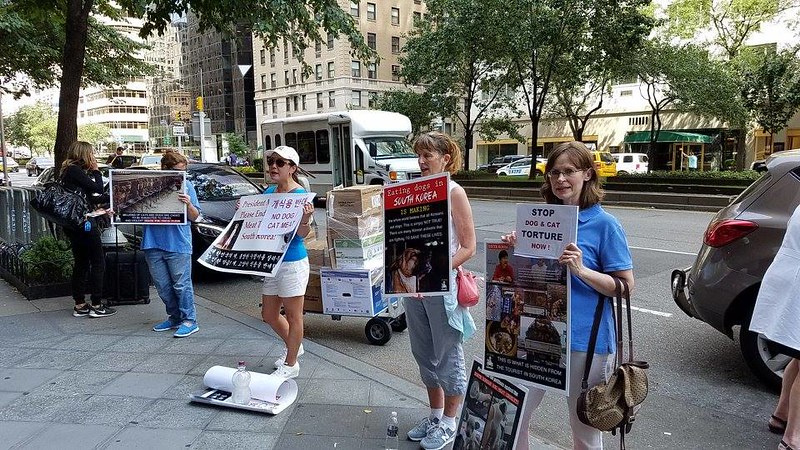 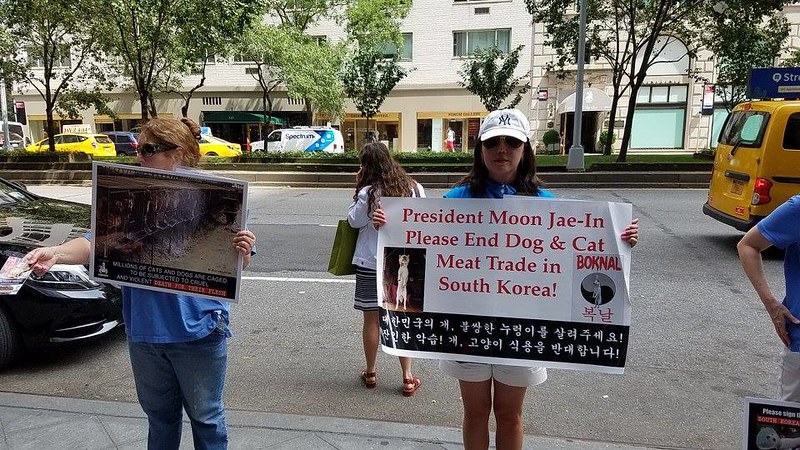 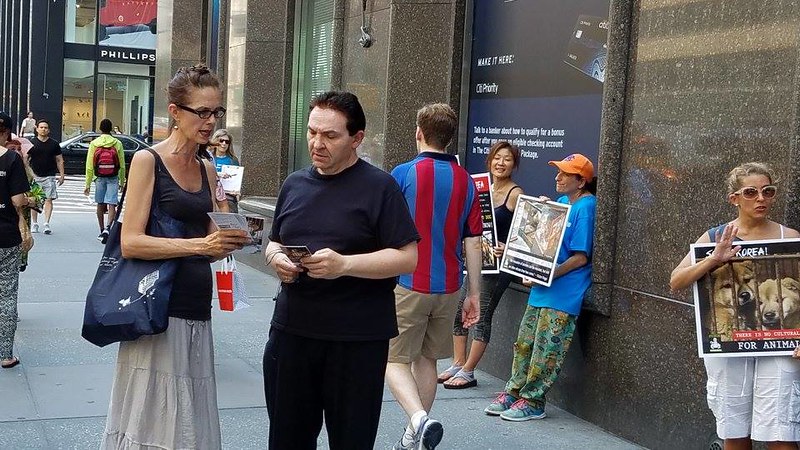 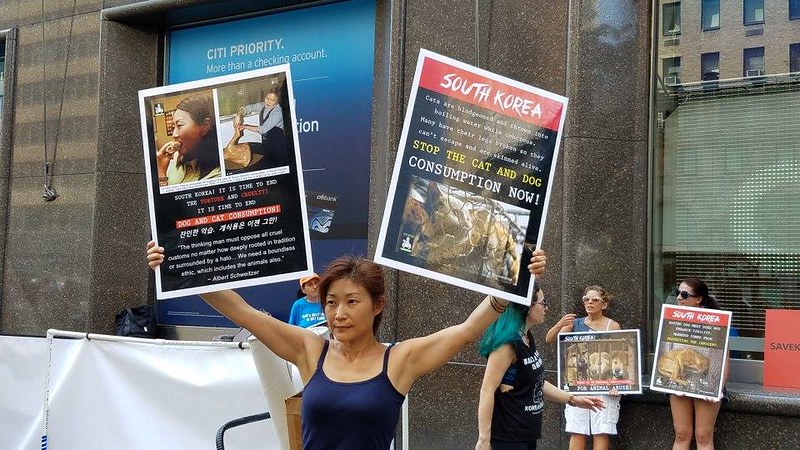 Photos and videos: The Animals’ Battalion.