Bob Heisler of Green Cove Springs, Florida campaigns on behalf of KOREANDOGS.ORG at the Cocoa Beach, Florida on October 5, 2014

posted by KoreanDogs.org team on October 6,2014 in Campaign, News 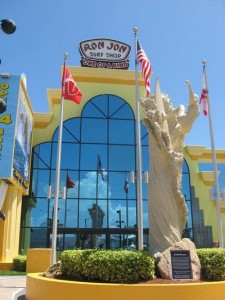 Bob Heisler hosted a KOREANDOGS.ORG demonstration at the Southwest corner of the A1A and S.R. 520 intersection in Cocoa Beach, Florida on October 5, 2014 Sunday from 1:30 PM to 3:30 PM. This location is across A1A from the world famous Ron Jon Surf Shop. Nathan, Tina, and Jordan of Space Coast Activists joined Bob to raise awareness about the atrocities committed against dogs and cats in the meat trade. The group had KOREANDOGS.ORG signs and banners and passed out leaflets to pedestrians but our main focus was on the heavy vehicular traffic in that area. All the participants received free KOREANDOGS.ORG hats and t-shirts. Free cold drinks were also provided. THANK YOU EVERYONE FOR GIVING THE SOUTH KOREAN DOGS AND CATS IN THE MEAT TRADE A VOICE!!! 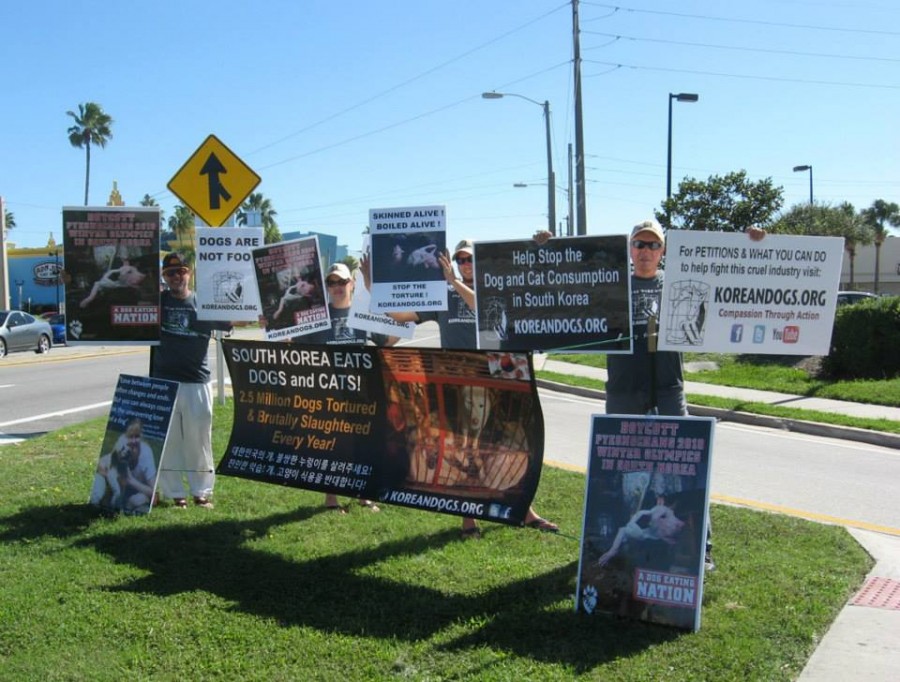 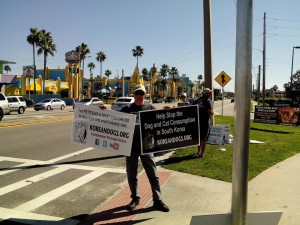 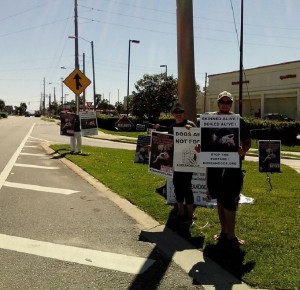 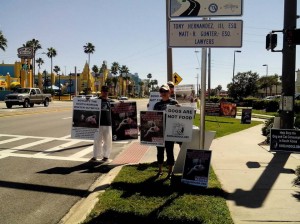 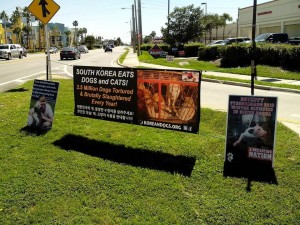 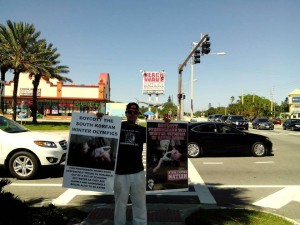 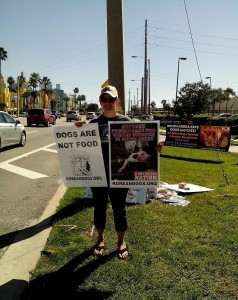 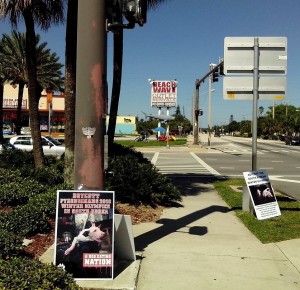 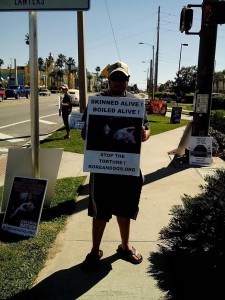 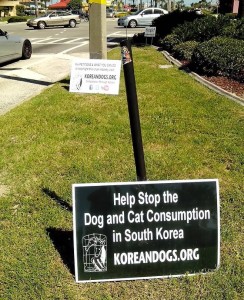 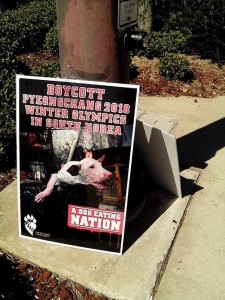 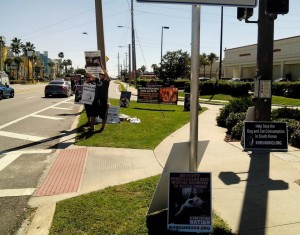 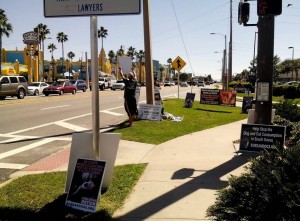