posted by KoreanDogs.org team on November 19,2013 in Campaign, News

This is a response letter from Seoul Metropolitan Government to an activist’ protest letter regarding dog meat trade. Seoul must do a better job in cleaning up their city of illegal dog slaughterhouses and restaurants if they want the world’s respect as a global modern city.
Sign Petition: Seoul, South Korea! Enforce the Ban on Despicable Dog Meat Trade-Close down Illegal Dog Slaughterhouses & Restaurants in Gyeongdong Market! 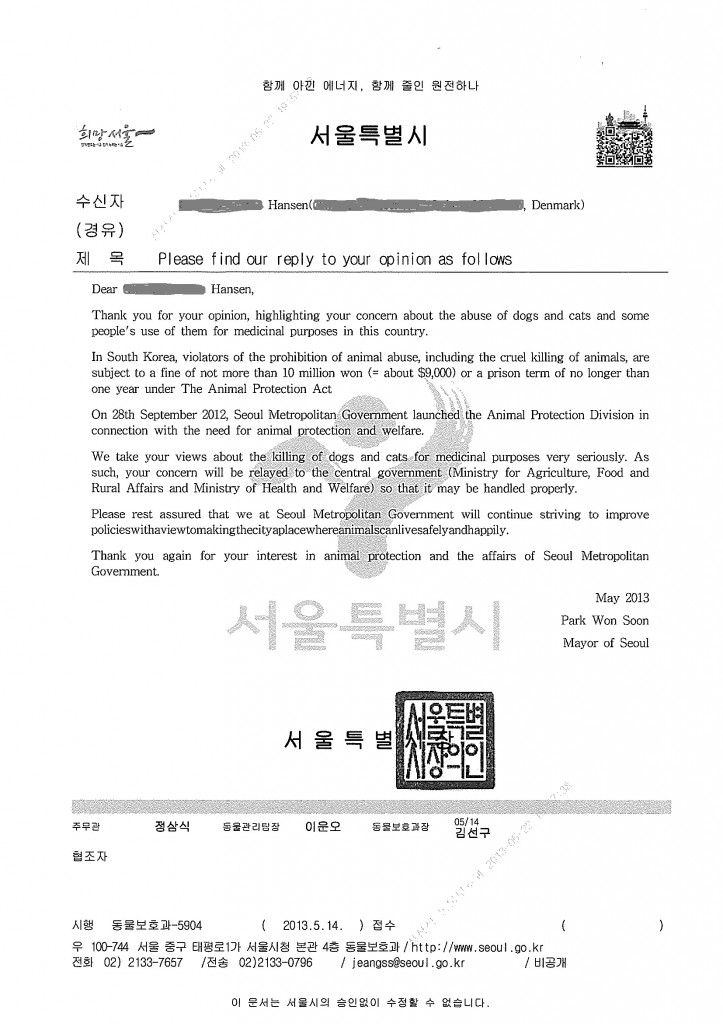 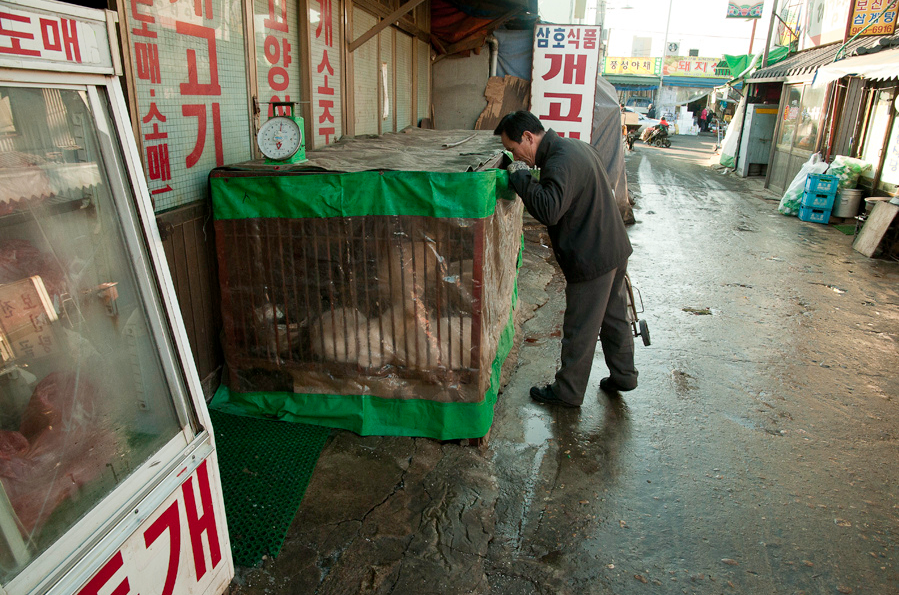 A man is looking into a cage of dogs – sold butchered right on the spot or sold alive if customer wants to butcher themselves – at Seoul Gyeongdong Dog Meat Market.