posted by KoreanDogs.org team on November 29,2014 in Action Alert, Campaign

We added the Venerable Jinhwa Sunim of Cultural Corps of Korean Buddhism to our petition target. Created a campaign to write to him and sent him a petition letter on November 29, 2014.

Click for Call for Action: Write to the Venerable Jinhwa! 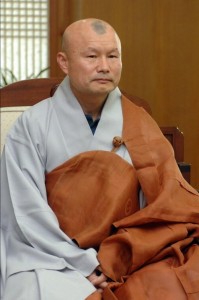 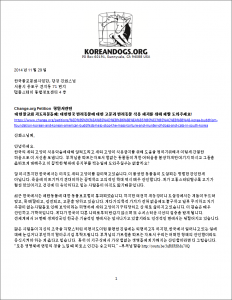 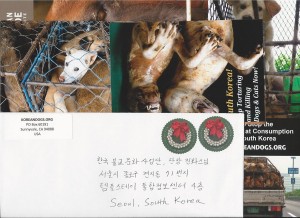 Photos of South Korean dog meat cruelty and our campaign leaflets were sent with the petition letter.

Click to see the petition letters we sent previously to other South Korean Buddhist Organizations and leaders!