Mayor Sandy Stimpson of Mobile: Tell Sister City, Pyeongtaek, South Korea, That We’re Opposed to the Torture and Consumption of Dogs and Cats.

Pyeongtaek became Sister city with Mobile in 1989. This sister city relationship was established to bring “excellent cultural learning experiences”. The press release found on Mobile’s official website proudly declares that both cities have “bustling international ports” and are “homes to major economic hubs with various industries”, and that they both “offer many cultural activities”. However, while this relationship is in place, do Mobile’s city government officials also know that their sister city is ignoring the unspeakable cruelty and brutal slaughter of tens of thousands of dogs and cats for human consumption?

Let us ask the city of Mobile to put pressure on its sister city to banish this archaic practice and to remind them that there’s no place for animal cruelty in a progressive city like Pyeongtaek. It’s time for those in position in Mobile to speak up against its sister city’s abuse of companion animals and to demonstrate that this sister city relationship is not just guided by economic benefits but by moral responsibility as well.

The searches resulted in dozens of 173 Health Food Centers; and 88 restaurants in the vicinity of the city of Pyeongtaek alone.

Even if half of these ‘Health’ Food Centers and restaurants serve dog and cat ‘ingredients’ in one form or another, imagine how many dog/cat slaughterhouses must be present in the vicinity of Pyeongtaek to supply these outlets. 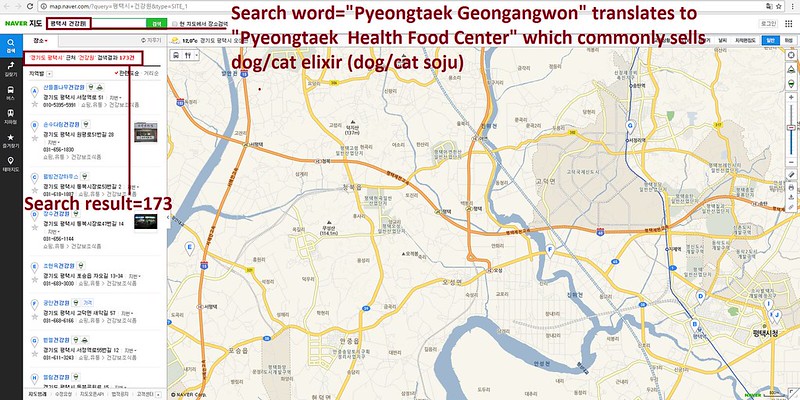 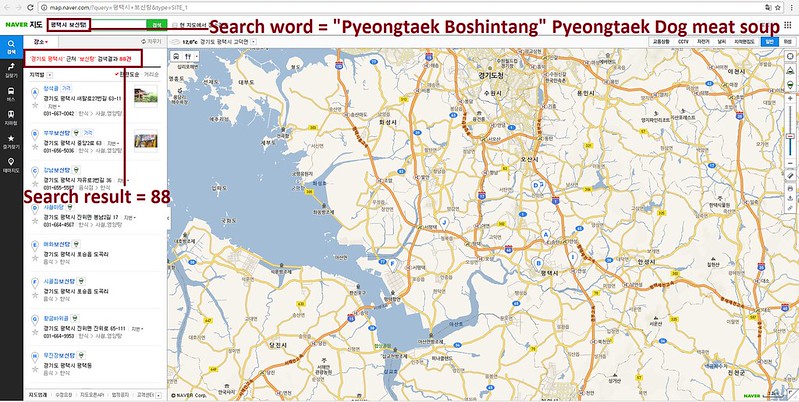 Dear Mayor Sandy Stimpson and the members of the City Council,

We ask you to please watch the videos from South Korea’s dog meat industry: https://youtu.be/_ZVQjgGb4RQ
https://goo.gl/XUSJzC

Pyeongtaek is one of the largest dog meat consumption areas in South Korea. The Korean internet searches resulted in: 173 Health Food Centers which commonly sell dog/cat elixirs (also known as dog soju and cat soju); and 88 dog meat soup restaurants in the vicinity of the city of Pyeongtaek alone.

Do you think that Mobile should be a Sister city to any city that allows dogs and cats to be tortured and eaten? Please urge Pyeongtaek Mayor Jung Jang Sun to close down all illegal dog farms and slaughterhouses, markets, truckers, and restaurants that serve their products. An online petition calling for your support in ending the horrendous South Korean dog and cat meat cruelty is in progress: https://www.change.org/p/mayor-sandy-stimpson-of-mobile-tell-sister-city-pyeongtaek-korea-that-we-re-opposed-to-torture-consumption-of-dogs-cats
The favor of your reply is requested.
Thank you,

No matter where you live, PLEASE SHARE these actions with your friends, especially those who live in Mobile!