Click HERE for the previous report on this case!

[Update: November 6, 2015] Forty dogs from the second dog farm in Anson have been rescued and moved to a boarding facility in Maseok. 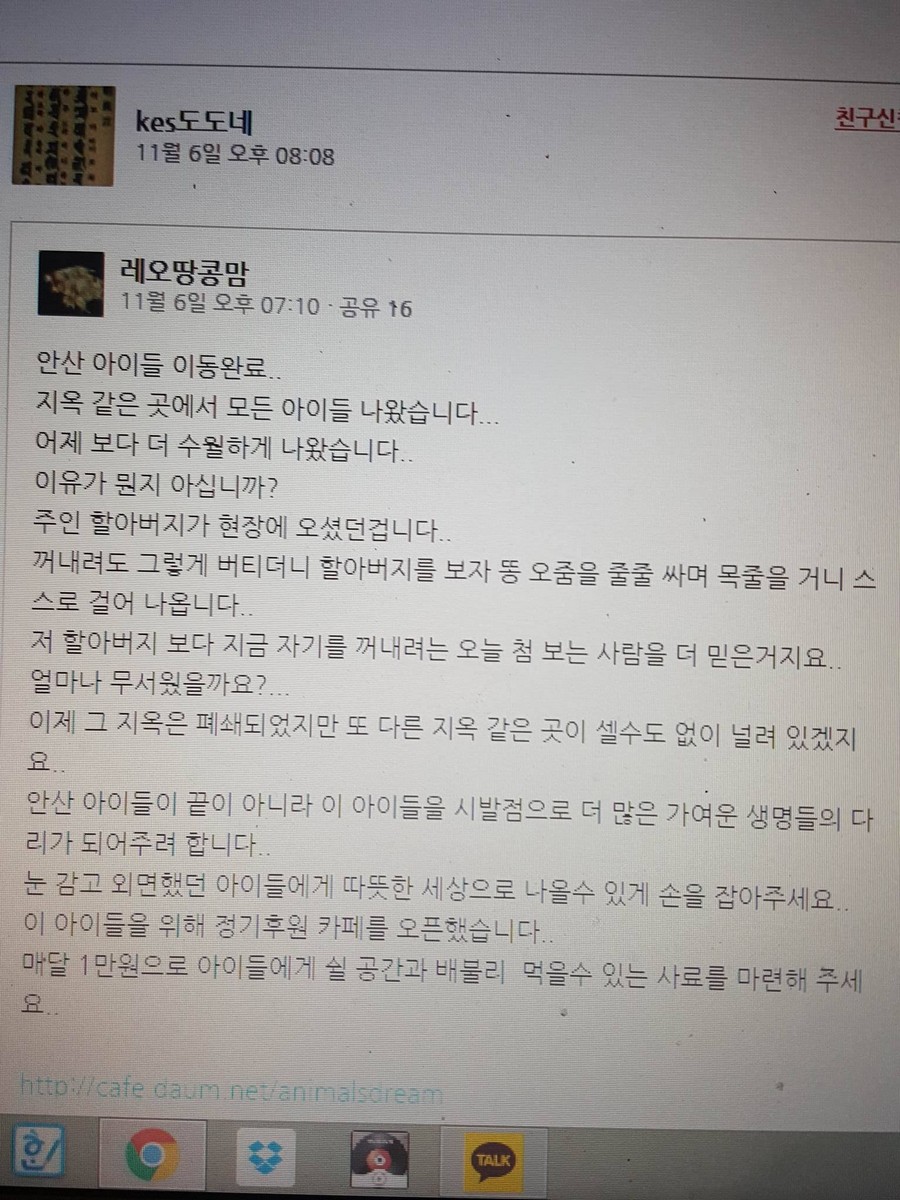 Rescuer’s post – Rescue and relocation of the dogs are complete.

I have been assisting the group in the city of Ansan, working closely with them. The old man with 40 dogs is surrendering all the dogs to the group today, which will be relocated at a shelter this afternoon. We have arranged a truck to be ready to get the dogs out of this hell. It was Nayong who initiated this rescue. She is very actively involved leading her group – all first-time rescuers with no experience. I guided them through because I am just too tied up with the rescue plan of the dogs from the Dog Barbecue House. Now, they know what to do on their next rescue. They want me to find a few homes for several adoptable dogs and I promised them that I will. I will update on the dogs later.

Last week a girl came to me with an SOS (urgent request) asking for help. The situation involves two old men who are breeding dogs to sell at the Moran dog meat market. One man has 30 dogs and the other has 40 dogs for a total of 70 dogs. The girl has formed a rescue group in the city as I instructed in order to get the dogs out together. Not one of the four volunteers has experience with this type of rescue. I have been guiding and assisting the group with the rescue of the dogs. I will be visiting the site with the volunteers and the city official in charge. In the meantime please help by signing the petition at the link below that is addressed to the Mayor of Ansan City.

At the first of the two dog farms: I am in the dog’s hell now. This is the second worst of hundreds of dog farm I have seen. There are about 30 dogs here. Will update on this soon.

At the second of the two dog farms: This is Nayong, the one who came to me for help. Right next to one another, this isn’t so bad compared to the one with 30 dogs. Will update on this soon.

This is what I saw at the dog farm today. It’s getting dark here. Nayong is doing what she can under my instruction to get all the 40 dogs out of here in a month time. 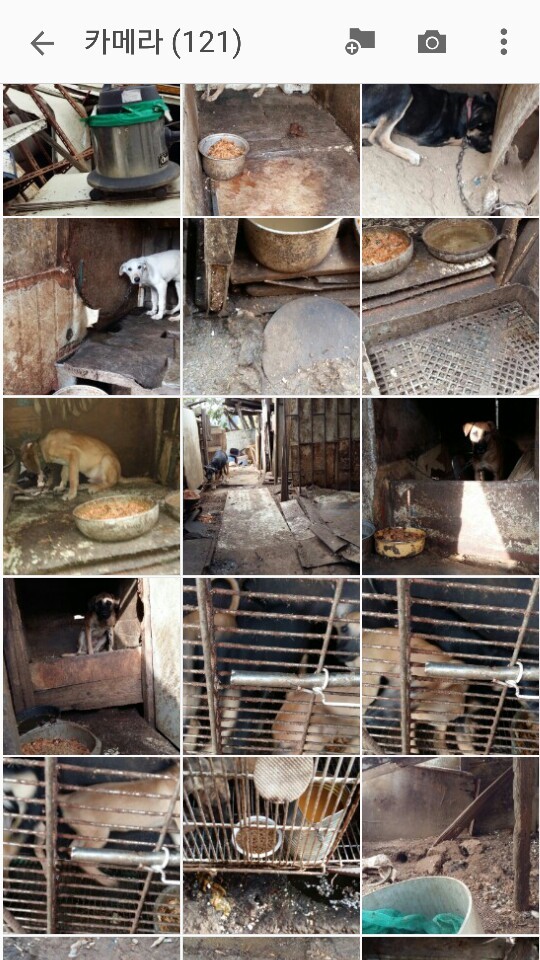