posted by KoreanDogs.org team on April 11,2016 in Campaign, News

Chung OO, who was charged in May of 2015 for capturing and boiling alive 600 stray cats which were sold to the “health food centers”, was sentenced to 10 months imprisonment, 2 years probation and 80 hours of community service on April 6, 2016 by Changwon District Court. However, in Korea Chung OO will not be going to prison, and will only serve time if he commits the same criminal act within the 2 year probation period. Only then, will he go to prison for 10 months plus the sentence for any new crime he commits. This is a slap on the wrist for such horrendous cruelty and the violation of the Animal Protection Act.

To protest this outrageous sentence and ask for an appeal of the sentencing, on April 11, Busan Korea Alliance for the Prevention of Cruelty to Animals (Busan KAPCA) and Korean Animal Welfare Association (KAWA) held a protest and a press conference in front of the Changwon Supreme Prosecutors’ Office, but were unable to meet with the prosecutor. They plan to continue protests through a one person relay protest in front of the Changwon Supreme Prosecutors’ Office. Click HERE to see the photos from the April 11 protest. 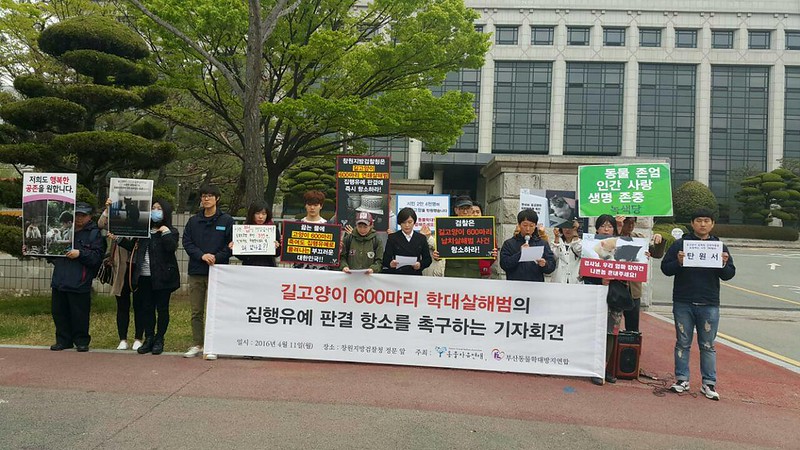 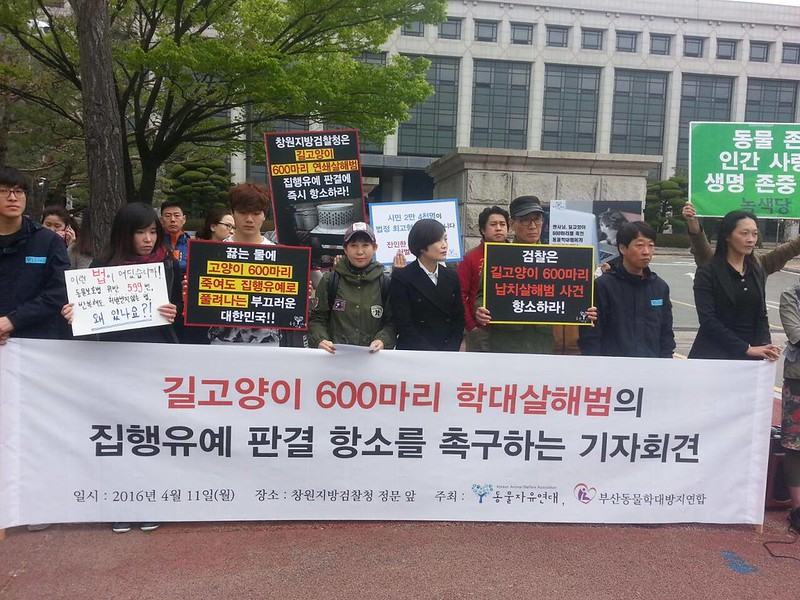 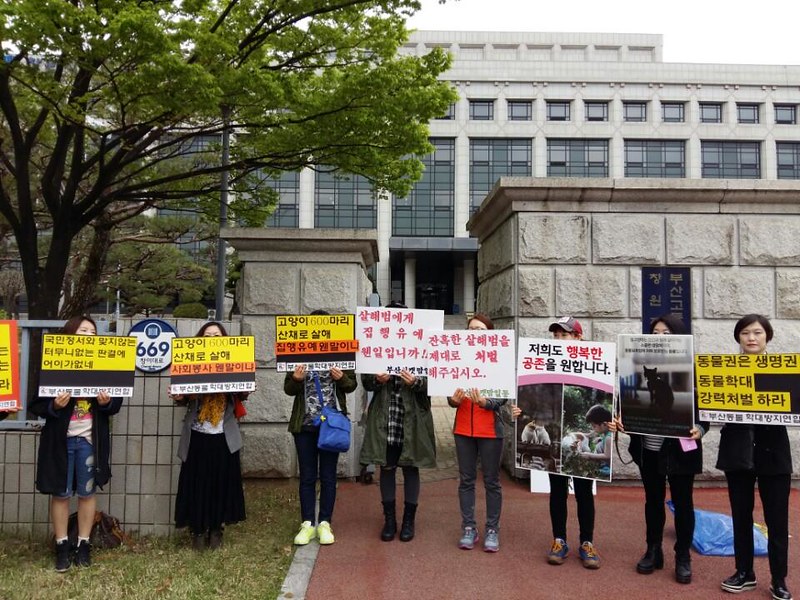 Photos: Busan Korea Alliance for the Prevention of Cruelty to Animals (Busan KAPCA)

Korean animal protection groups also started an online petition urging the appeal of the sentencing. If you are a Korean resident, please sign their petition: http://bbs3.agora.media.daum.net/gaia/do/petition/read?bbsId=P001&articleId=184019
The deadline for filing an appeal for this case is April 14, 2016. This crime of horrendous cruelty toward animals must fit the punishment. Thank you.

Please click HERE to call the South Korean Embassies in your country to protest!

Postal Address to send your petition: 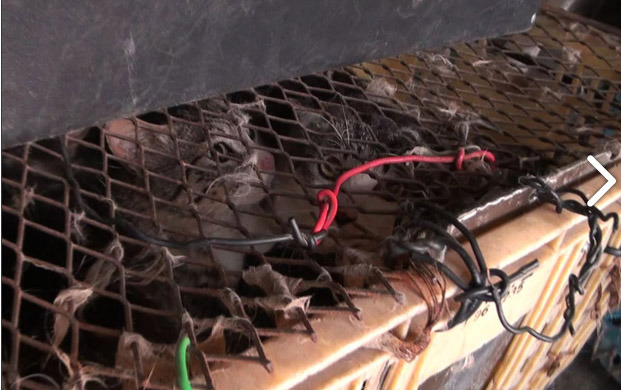 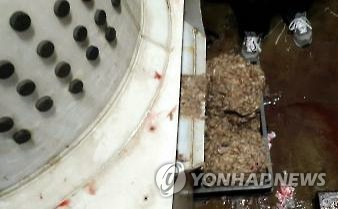 Location where the stray cats were slaughtered 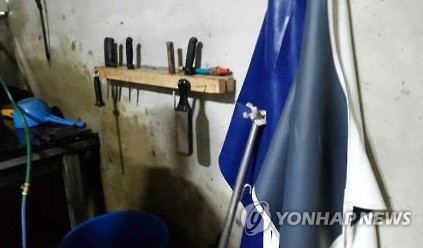 The location where the stray cats were slaughtered

On April 11, 2016, we mailed the petition letters to the below Korean government officials: 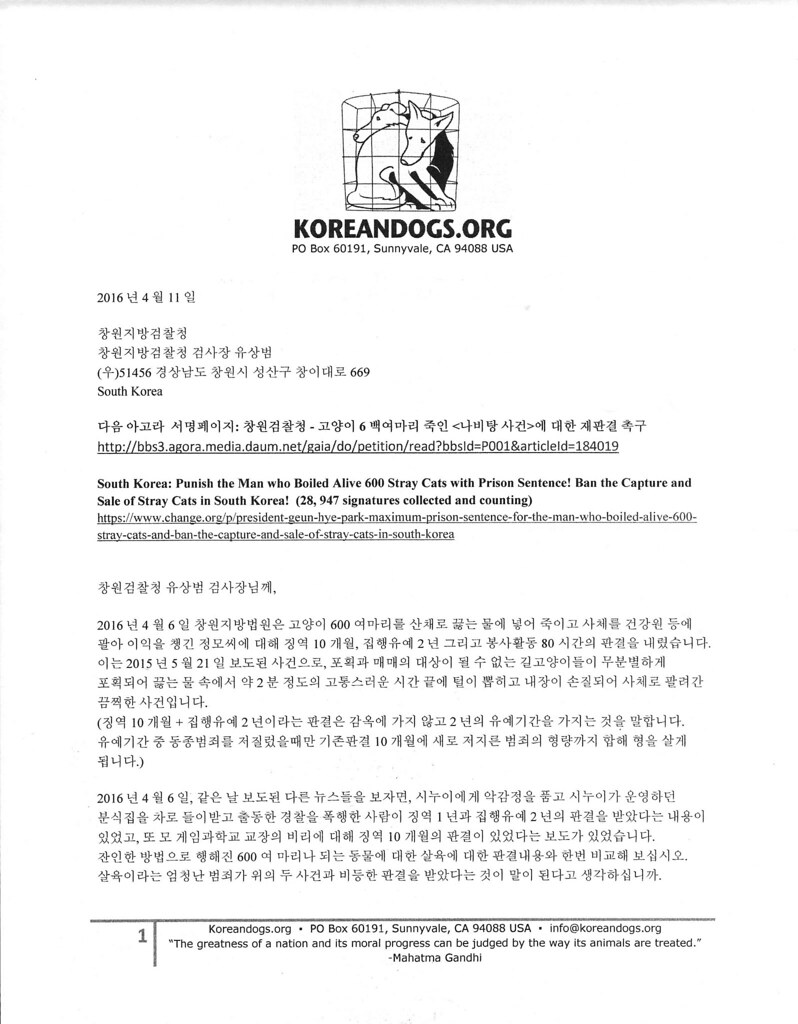 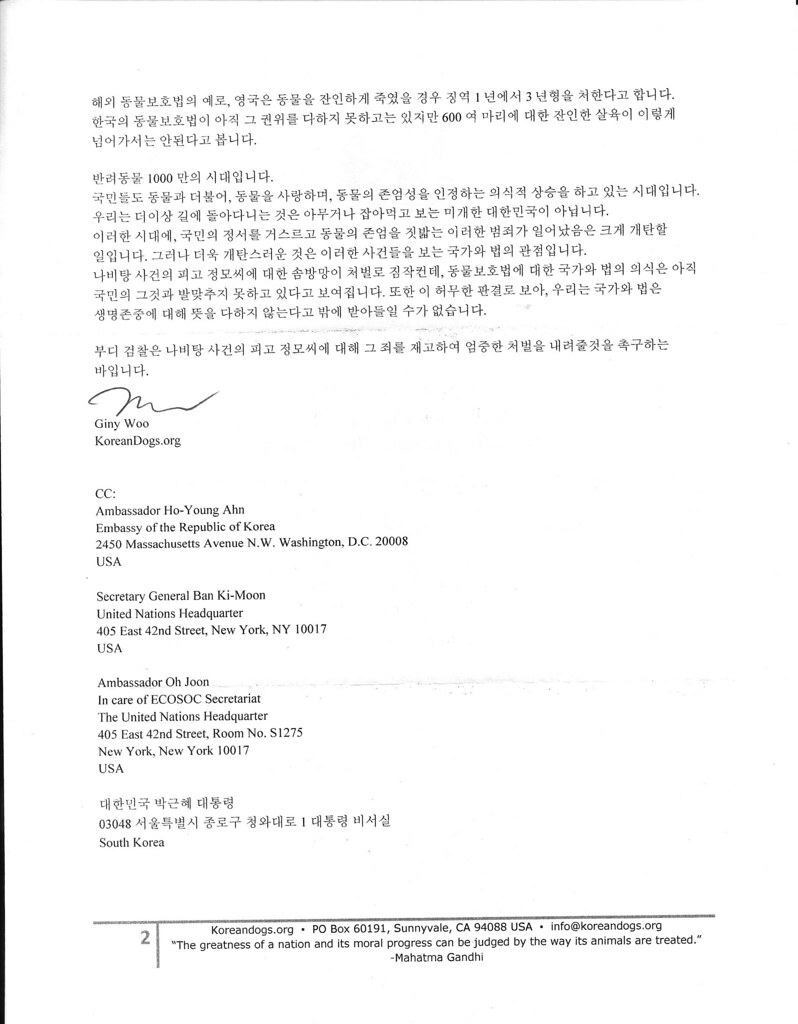 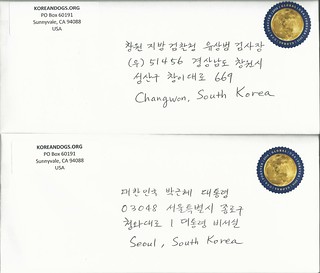 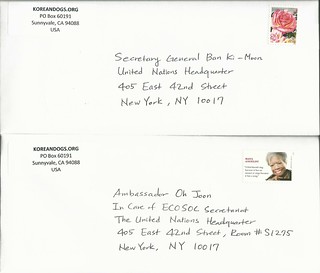