posted by KoreanDogs.org team on December 8,2015 in News

Nami Kim shared a great news about the “Hell Hole” dog farm and slaughterhouse in Yongdang-dong, Yangsan! Although it wasn’t possible to rescue the dogs at this horrible place she has succeeded in putting the farm out of business. That means no more dogs will be tortured and killed at this farm. Thank you, Nami Kim, for your perseverance and dedication to get this place shut down!

Now we can close the petition: Close down the “Hell Hole” illegal dog farm/slaughterhouse in Yangsan, Yongdang-dong, South Korea and save the dogs!

The following is information we are sharing on behalf of Nami Kim and her team:

Yongdang Dog Farm Shut Down!
I can announce “victory” over this. It’s been one and a half years that I’ve been fighting to close this dog farm by bringing the dog farmer to the court again and again. It’s completely shut down now. It was located in Yangsan city and the city officials got so fed up with me, calling me a “dog farmer killer.” The farm used to breed over 200 dogs and was a major supplier to the Gupo dog meat market in Busan.
I am thrilled! I have been looking forward to seeing this for far too long. This is one of my happiest days this year announcing this victory. 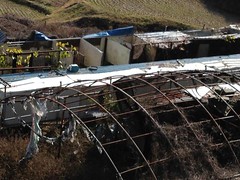 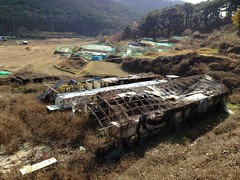 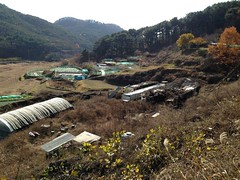 Yongdang Dog Farm
This post goes back to April 2014 when I first visited the dog farm. This was truly a hellhole, the worst of all I have seen. I saw a few dogs looking sick but I couldn’t do anything about it. They were all locked up in cages. After seeing the atrocities at this dog farm I had a sleepless night feeling helpless and hopeless but I woke deciding to go on fighting. During the time I was working with city officials to close the dog farm the dog farmer somehow came to know my phone number and used to send me messages like, “I will slaughter you the way I slaughter dogs.” It’s been a long fight but well worth it.

The photos were taken back in 2014 during the summer and winter months. 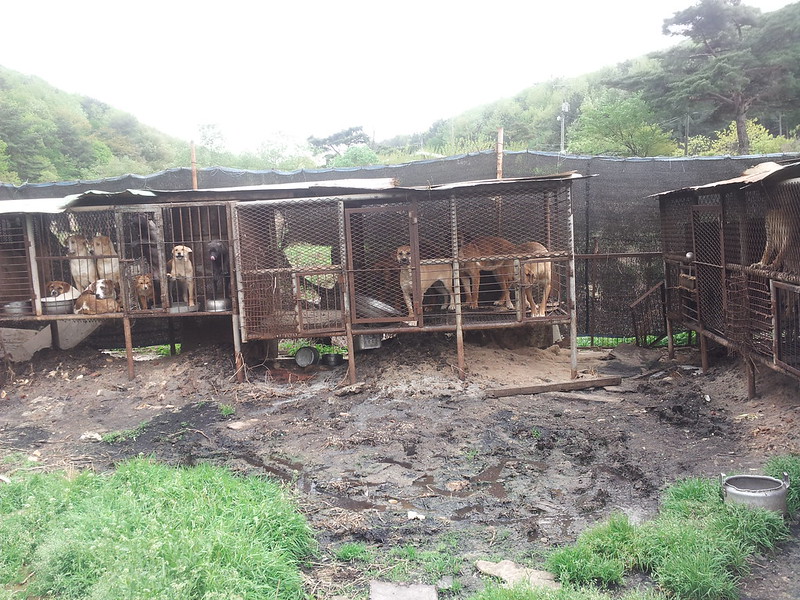 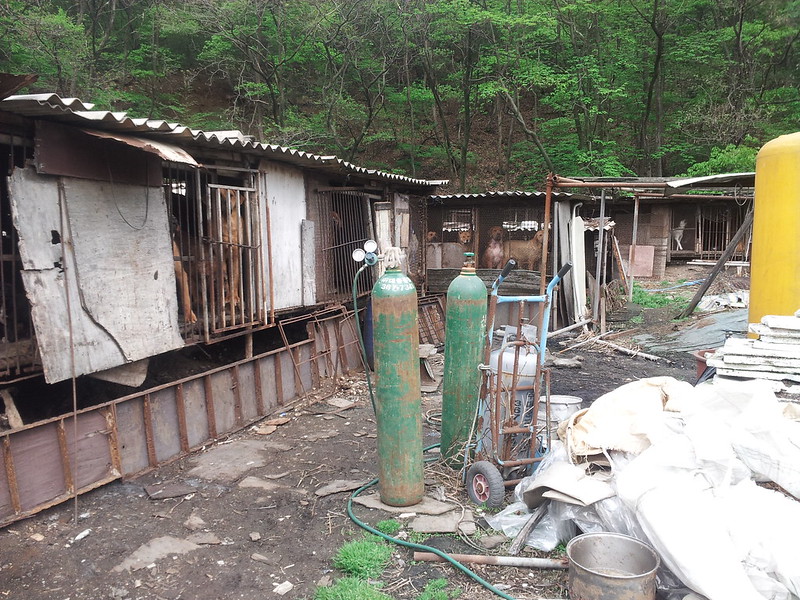 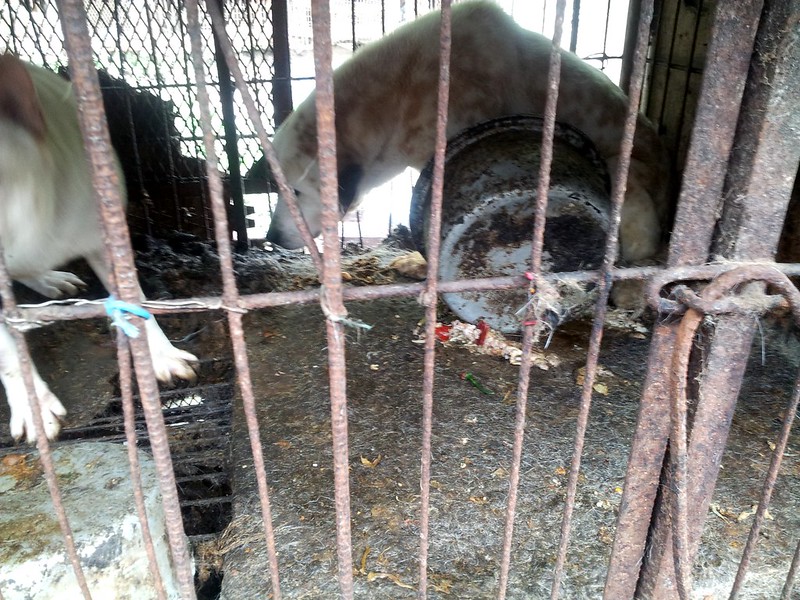 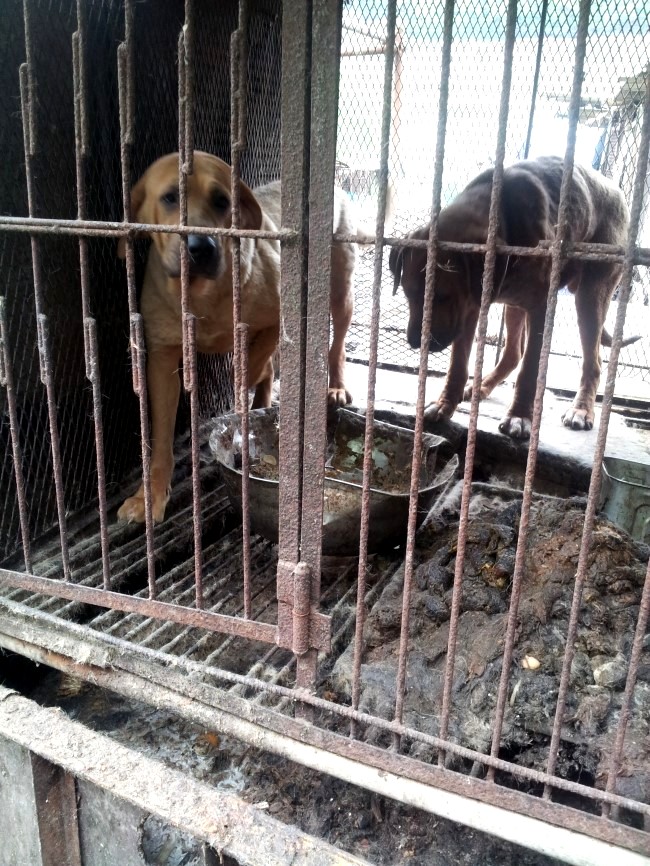 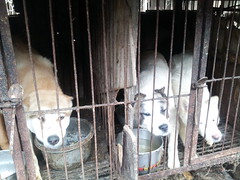 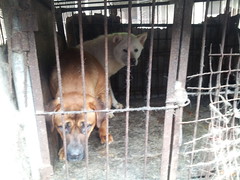 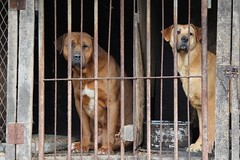 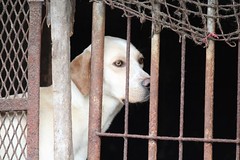 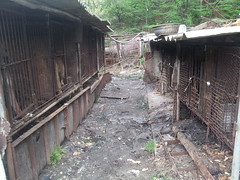 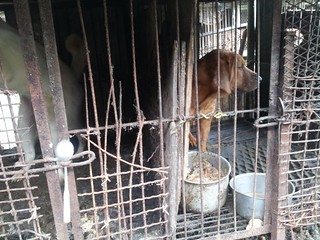 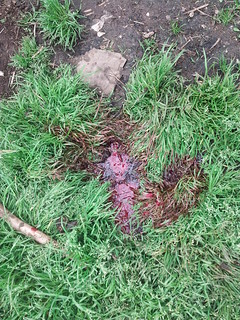 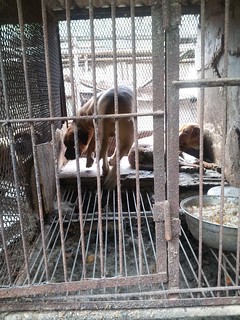 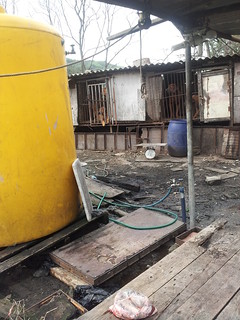 Click HERE for the previous story about this dog farm!