posted by KoreanDogs.org team on August 27,2014 in Uncategorized

This is a translation of a case reported on Dog News on May 27, 2014: Dog for meat dragged behind motorcycle 개고기 위해 오토바이에 매달고 질질.. Photos are from Coexistence of Animal Rights on Earth (CARE)’s homepage. Click here to see CARE’s page on this story!
Click here for CARE’s second update on June 8, 2014 on this case!

There is breaking news about an “evil” dog-dragging case in Andong, South Korea.

On May 16, 2014 an incident occurred in Andong, South Korea where a man in his 60s drove his motorcycle at the speed of 90 kph (56 mph) dragging his white dog tied to a rope behind him for the purpose of slaughtering and then eating the dog.

Barely alive when found, the dog’s paws, chest, and stomach were bloody from being dragged on the ground and he had serious internal injuries. He was moved to a hospital and is currently undergoing treatment.

Coexistence of Animal Rights on Earth, an animal protection organization, reported this case on May 19th as a violation of the Animal Protection Law. The perpetrator’s intent to kill the dog by inflicting injury is evident in this case; the group is also collecting petition signatures to demand the perpetrator be punished.

The dog was given first aid and, with nursing care by local volunteers, has recovered to the extent that he can stand on his own. The perpetrator has relinquished his ownership of the dog and the dog is currently waiting to be adopted. 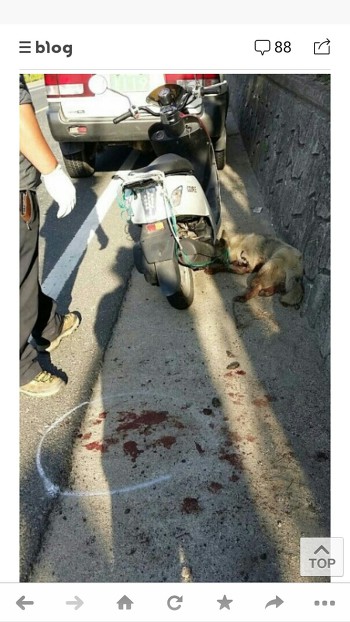 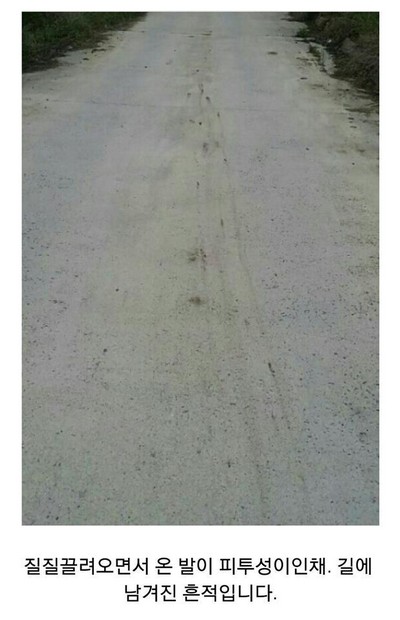 Trail of blood on the road from being dragged with bloody paws, chest and stomach… 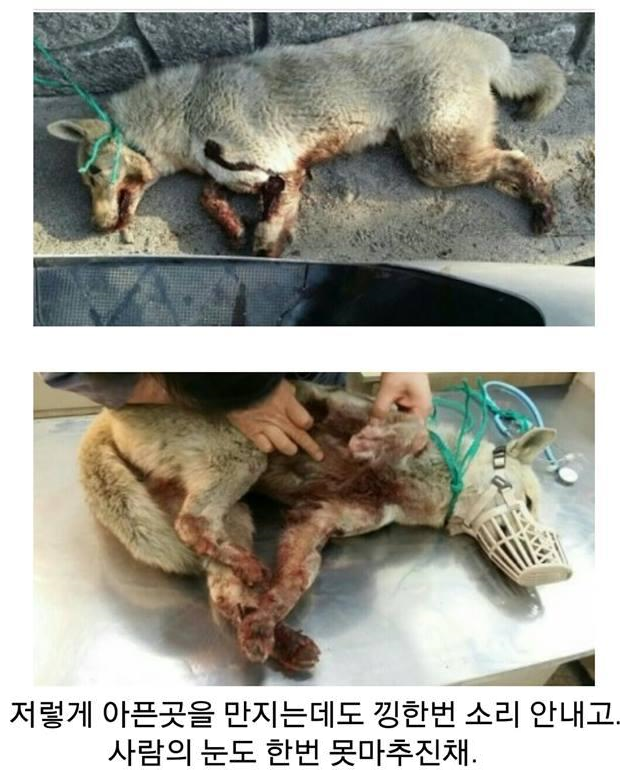 Not even a scream when the medical staff touched his wounds. So terrified not even an eye contact… 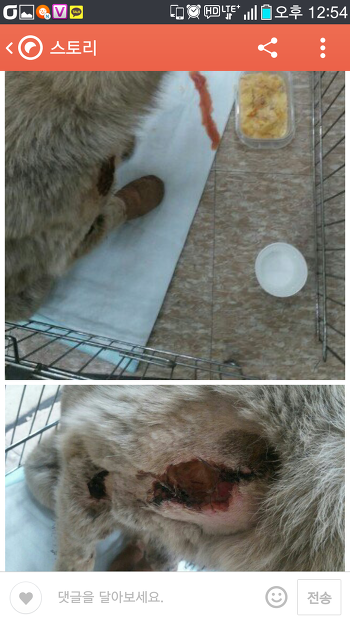 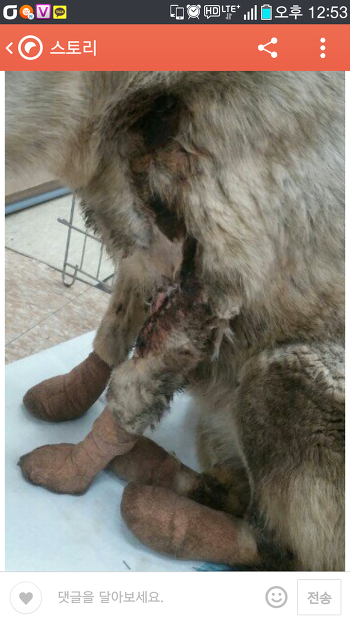