Costco’s response on petition to boycott Samsung and LG

posted by KoreanDogs.org team on December 7,2013 in Campaign, News

It’s disappointing that not only Costco ignored our request to boycott Samsung but decided to feature Samsung with the President of Samsung Electronics America on the cover page of their monthly magazine… So far we have not received responses from other companies we have contacted (AT&T, Sprint, Verizon, Walmart, Bestbuy and Amazon).
Click to sign & share this petition! 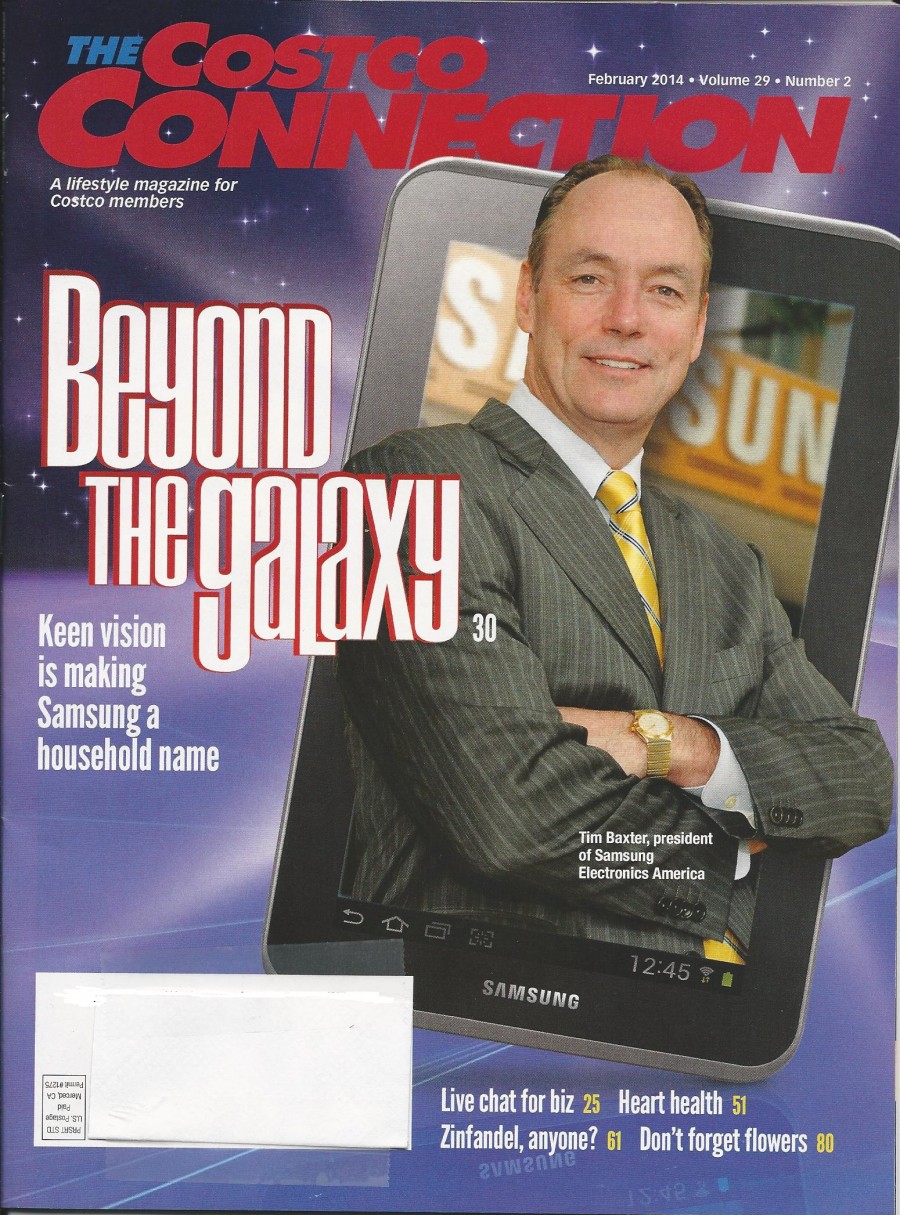 This is a response from Costco regarding the petition signatures we sent them.
AT&T Sprint Verizon Walmart Costco Bestbuy Amazon & All Samsung/LG Retailers: Help Stop Heinous Butchering of Dogs in S. Korea-Boycott Samsung & LG!
They declined to support our cause and don’t even address the issue properly but it’s not a complete surprise.
Other petition targets – AT&T, Sprint, Verizon, Walmart, Bestbuy and Amazon.com – did not even bother to respond.
However, that should not discourage us. Our messages are getting out there and we will not stop until the Korean dogs are freed from nightmarish torment and suffering.
Please keep sign & sharingsign & sharing! We will keep this petition open as long as we can. Click to sign! 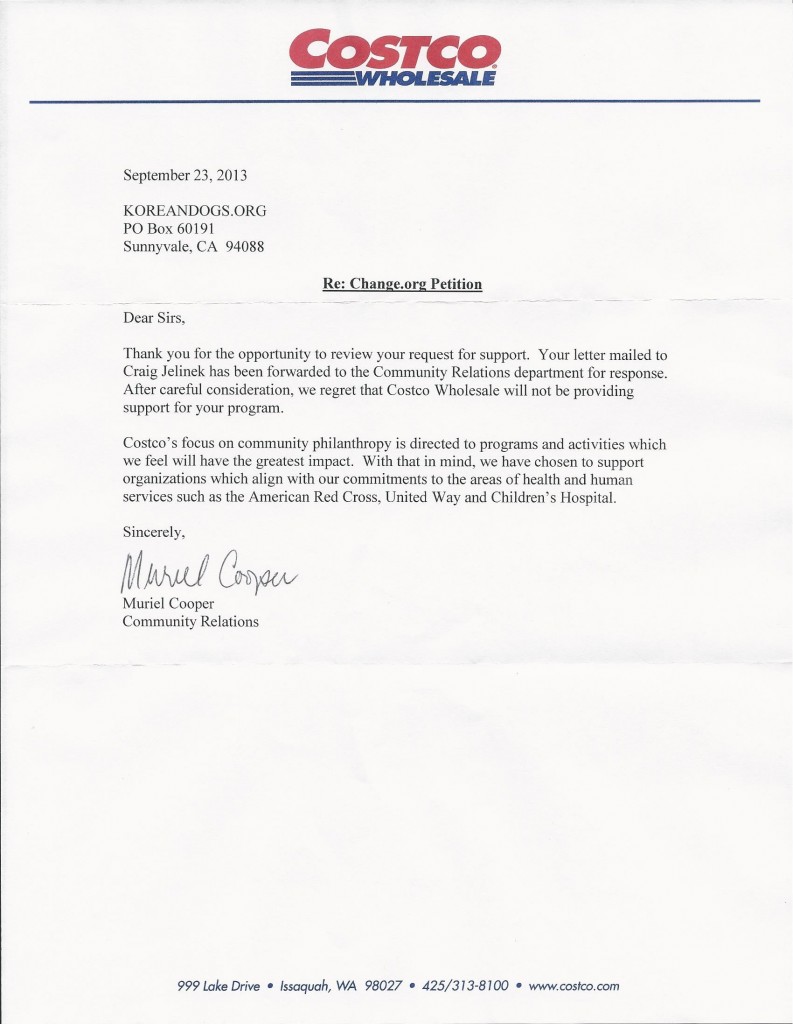 Please print our petition and send them to the below petition target companies! 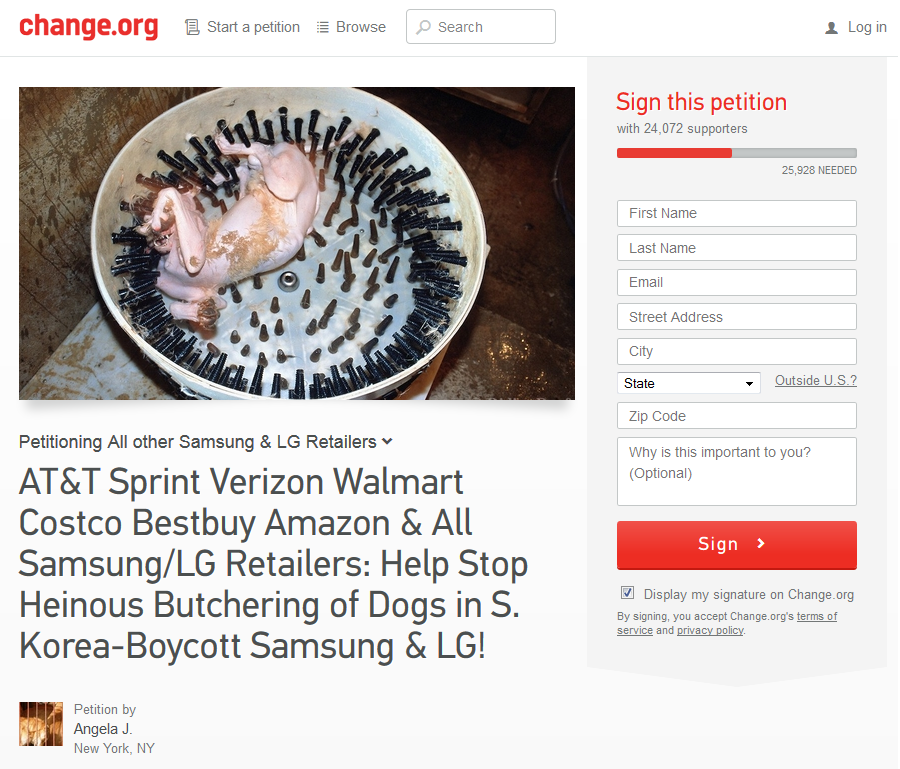