[Update February 14, 2017] Once again supportive Glendale responds to call to action against the dog meat trade.

On February 14, 2017, we received another positive response from the City of Glendale, regarding our campaign protesting their Sister City, Gimpo’s dog meat cruelty. Ms. Eliza Papazian from the City of Glendale’s Management Services sent us an email letter, as below, in which she states “The City of Glendale has and continues to work in conjunction with our local Korean Sister City Association and Gimpo representatives to monitor this situation and ensure that these atrocities do not continue to occur.”
Click HERE to learn more.

Our campaign, asking for the Mayor of Glendale, California to support us, by contacting the Mayor of Sister city Gimpo, has been partially successful, in that Mayor Sinanyan did raise our concerns with his Korean counterpart, Mayor Young-Rok Yoo. This is good news as it is encouraging to know that Glendale is prepared to take positive action, and are willing to ‘better understand South Korean standards, practices, laws … cultural differences’, etc. etc. But, in response, Mayor Young-Rok Yoo’s office has done nothing more than to give the ‘standard’ assurance to Glendale that their country’s animal treatment laws etc. are being adhered to. We know that this cannot be the case.

We found dog valley in Gimpo yesterday. Has an awful feeling being in the saddle of a mountain with about 10 dog farms all in the same small area, most with tall steel fences so you cannot see in, and everyone watching you as you drive in and out. Very odd feeling. – A source in Korea. 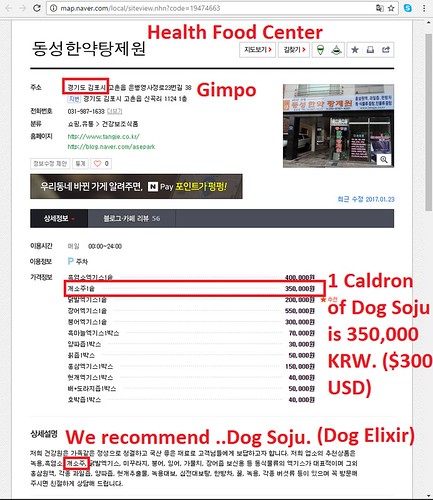 The searches resulted in: 151 Health Food Centers; and 129 dog meat restaurants in the vicinity of the city of Gimpo. 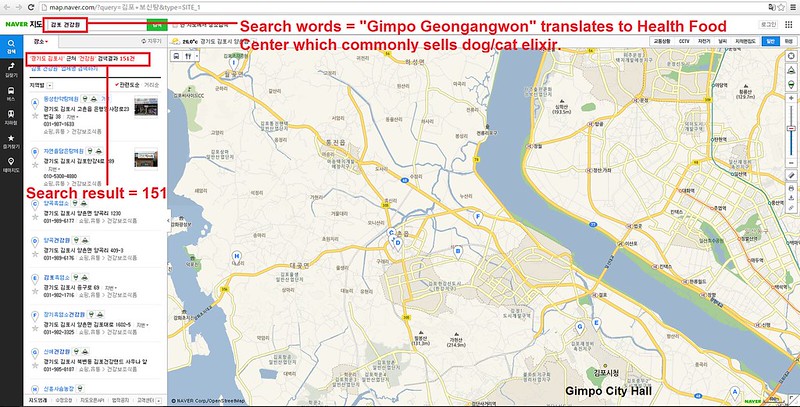 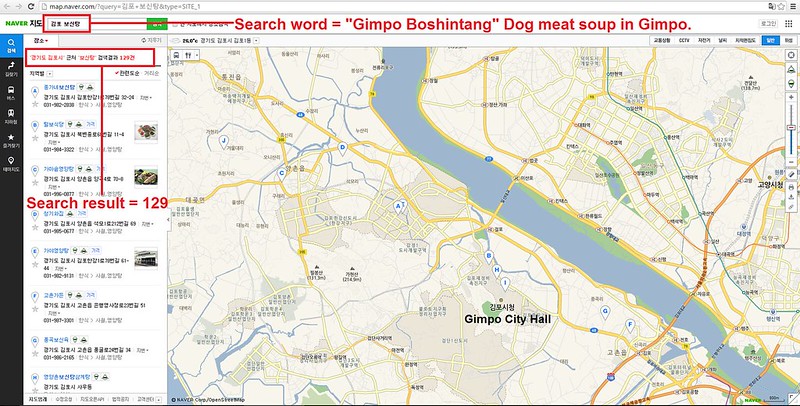 We are now asking Glendale to follow up their initial contact by continuing to urge Gimpo to stop the dog/cat meat trades in their city; trades which are not adhering to their animal treatment laws and which employ brutal and inhumane methods of rearing and slaughtering their meat-dogs.

We thank you for taking action by contacting Mayor Young-Rok Yoo, of your Sister City, Gimpo, South Korea, by stating your disapproval of any inhumane treatment of those dogs and cats which go into the meat trades in that city; and also for your willingness to learn more about the cultural differences between your two cities.

We are aware of the response that Gimpo gave, but are asking you, once again, to confront them on this issue. The dogs and cats in the meat trades are not raised humanely, as can be seen in various recorded evidence: the animals are raised in a permanently neglected state; they are transported in completely inhumane ways, and then they are brutally slaughtered.

We ask you to please watch this video from a massive “meat dog” farm with thousands of dog in Gimpo: https://youtu.be/uNCl-EkzKv8 https://www.ekara.org/activity/post/view/113831 Dogs in horrendous conditions are being slaughtered by hanging in their cages while other dogs look with utter terror. The dog farmer explains that they are hanged to save on electricity used to electrocute them!

To raise these animals in accordance with modern-day acceptable and humane standards – proper accommodation, food and veterinary treatment, acceptable transportation, and humane slaughtering – would result in a prohibitive sale cost for each animal. These dog farmers are only raising these animals for profit. And, many South Koreans believe that eating these miserable dogs is beneficial for their health – a ludicrous and disproved belief.

Mayor Paula Devine, this is not just a matter of different cultural practices; and we urge you to have another look at the evidence – we urge you to once again contact Mayor Young-Rok Yoo, and to once again ask him to end the brutal dog and cat meat trades being carried out in his city.

We thank you, in advance, for your reply,