posted by KoreanDogs.org team on September 3,2014 in Campaign, Event

The Animal Rights Foundation of Florida staged a huge demonstration against dolphin and orca captivity in Orlando on Labor Day, September 1, 2014. About 100 activists held signs at the entrance to SeaWorld. Following the event, eight of them posed with KOREANDOGS.ORG signs showing their support. A couple of dogs enhanced the group photo.

Japan Dolphins Day is a worldwide event opposing the slaughter and capture of thousands of dolphins by the Japanese every year. Six activists held signs supporting Ric O’Barry’s Dolphin Project and opposing the killing of dolphins and dolphin captivity. This event took place in Cocoa Beach right across the street from the world famous Ron Jon Surf Shop on August 31st. Following the demonstration, they posed with signs in support of KOREANDOGS.ORG at the beach.

There will be a KOREANDOGS.ORG event in Cocoa Beach on Sunday October 5, 2014. Click for upcoming event info! Judging by the interest shown in Orlando, I am hopeful that we will be having a demonstration there as well.
I want to thank all the advocates at both locations for supporting KOREANDOGS.ORG.
DOGS ARE FRIENDS, NOT FOOD.

Demonstrators at SeaWorld in Orlando, Florida on September 1, 2014. 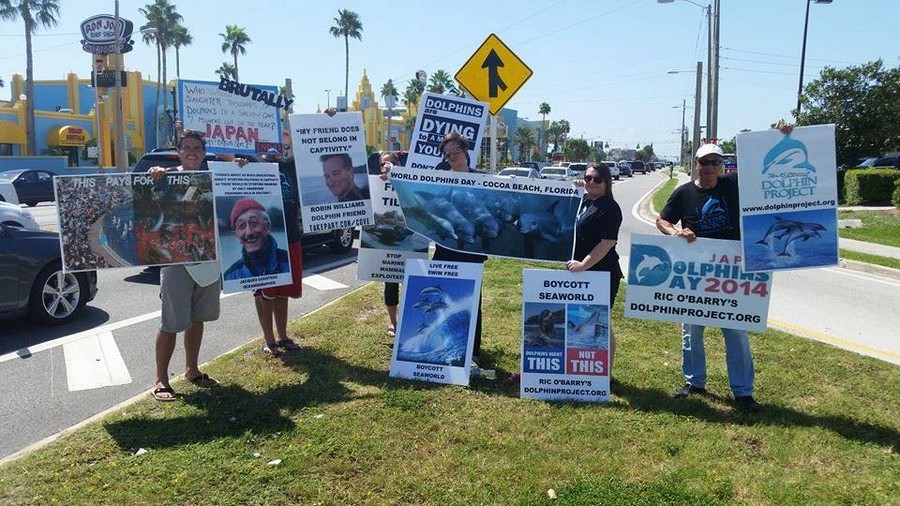 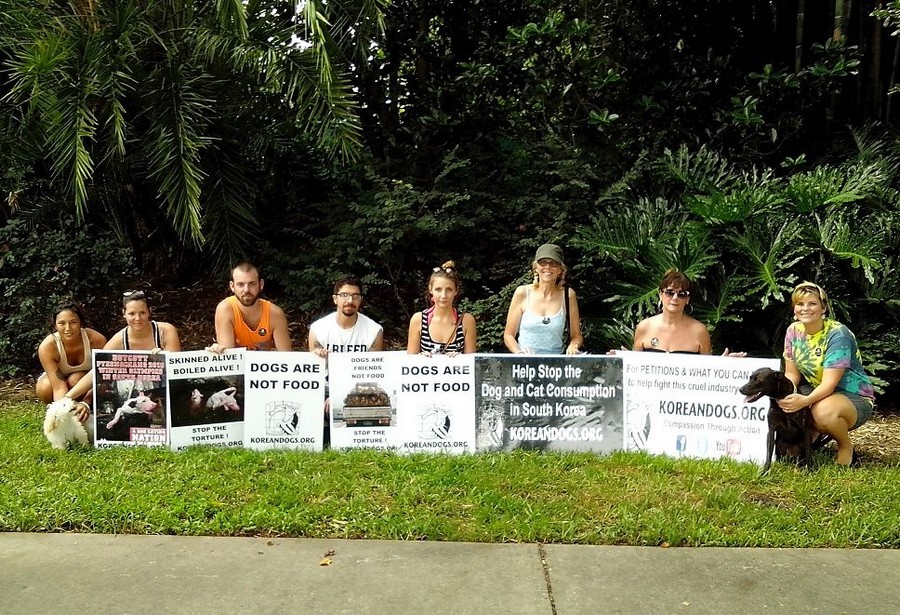 Following the demonstration against dolphin and orca captivity at Orlando SeaWorld on September 1, 2014 (Labor Day), eight of the activists posed with KOREANDOGS.ORG signs showing their support. A couple of dogs enhanced the group photo. 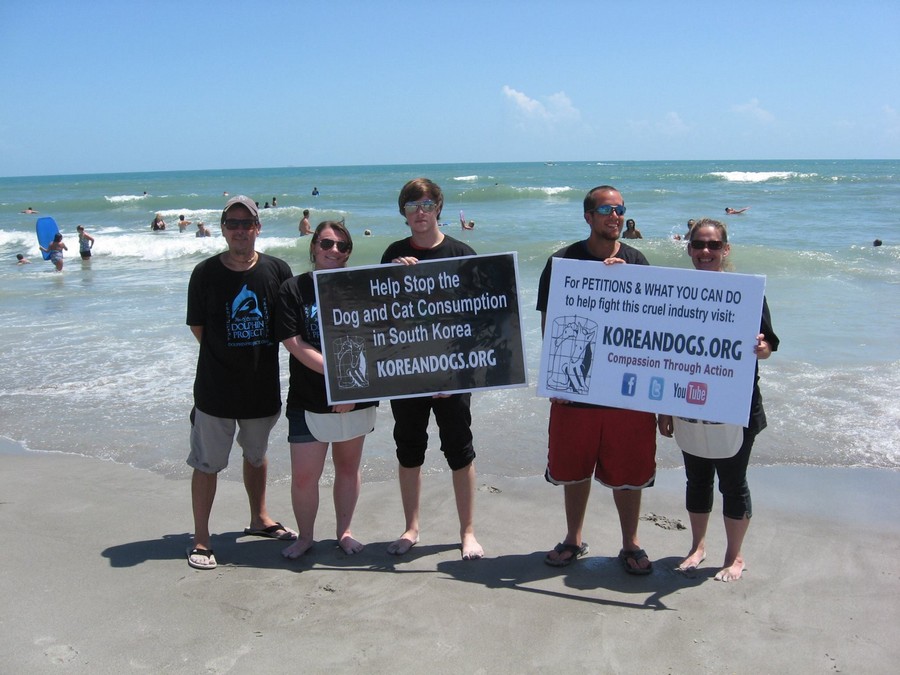 After the demonstration for Japan Dolphin Days 2014 – Cocoa Beach, Florida, on August 31, 2014, the compassionate activists posed with KOREANDOGS.ORG signs on the beach. From left to right that’s Nathan, Lacy, Andrew, Jordan, and Tina. Thanks, guys. Millions of people have watched historic rocket launches at nearby Kennedy Space Center from this beach.