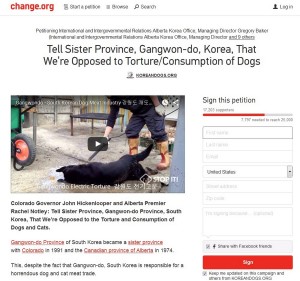 We mailed petition letters for the petition, Colorado Governor John Hickenlooper and Alberta Premier Rachel Notley: Tell Sister Province, Gangwon-do Province, South Korea, That We’re Opposed to the Torture and Consumption of Dogs and Cats. to Governor Hickenlooper by USPS Certified mail with return receipt service, and Premier Notley and copies of these letters to the Gangwon-do Governor Choi by USPS international first class mail as below on September 14, 2015. 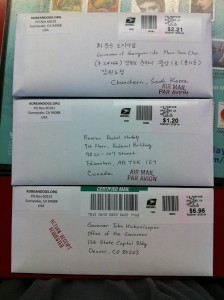 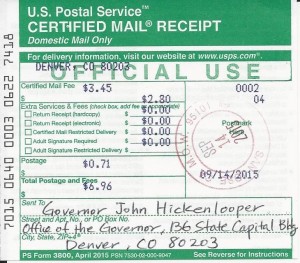