Christmas is nearly here. And, whether you celebrate Christmas, or not, it is surely a time for compassion. Let’s show our united compassion for the dogs and cats in the South Korean meat trade: by NOT supporting the South Korean economy – let’s STOP buying their products: let’s BOYCOTT South Korea.

The big bosses of these profitable South Korean Companies have been told, and asked to do what they can to stop these abominable trades. They have chosen to do nothing – they are not interested in our words, so let’s make it clear with our (withheld) buying power – let’s stop buying South Korean products; go into your local outlets (or on-line) and tell them that you will not buy any South Korean Products until the South Korean Government commits to ending the brutal dog and cat meat trades – tell them: #noshopit2stopit. Or, simply send a flash tweet or e-mail to any place that sells South Korean products, no other message needed!
The big bosses of the big companies don’t seem to care, but the salesmen in your local outlets will care. No sale, no profit – no profit, no job.
Come on everyone: Let’s #noshopit2stopit 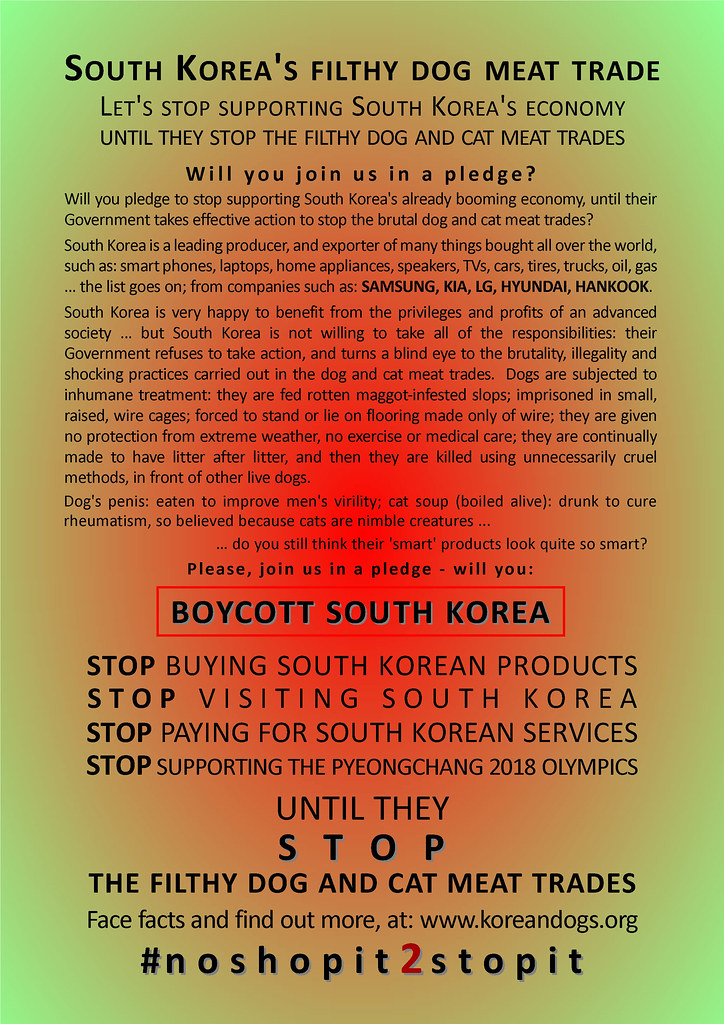 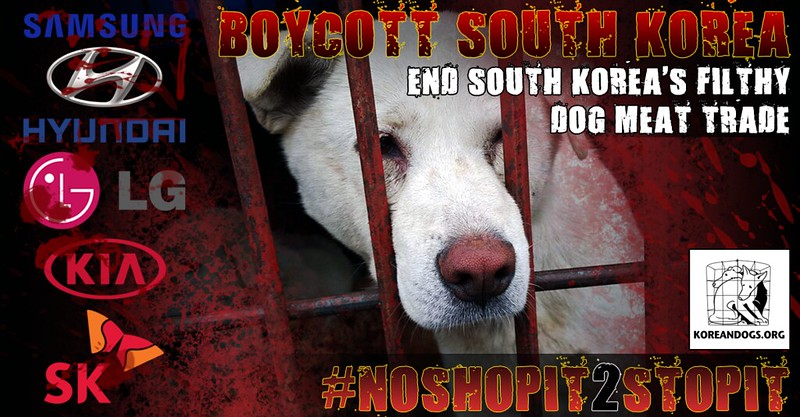