Home / Blog / A New Year, a new UN Secretary-General, and a new line of hope?

A New Year, a new UN Secretary-General, and a new line of hope?

posted by KoreanDogs.org team on December 25,2016 in Action Alert, Campaign

The South Korean national, Ban Ki-Moon stepped down from his role as Secretary-General to the United Nations at the end of 2016. During his time in office, we ran a campaign asking for him to personally take action to help stop the dog and cat meat trades in his home country, where millions of these animals are routinely subjected to abusive and cruel treatment. We never received a response from Mr Ban himself, although we did receive a letter from the United Nations. Click HERE to see the bureaucratic response the United Nations Secretary General’s Office is sending out in answer to our protest letters!

We have written many petition letters to your predecessor with regard to our fundamental mission to end the barbaric dog and cat meat trade in South Korea. Whilst we received acknowledgements of sympathy with our cause, no substantive response from the Secretary General was ever received and no action from the United Nations has been taken.

The dog and cat meat trade has not only caused unimaginable suffering from birth to slaughter of millions of animals each year, it has also proven to be a threat to human health through the spreading of infectious diseases. It is a dangerous and largely unregulated trade, domestic farm animals are often treated better and at least have enshrined rights however minimal. In addition, there is growing international pressure being put on South Korea as a result of this terrible brutality towards its animals.

All over the world ordinary citizens are petitioning, campaigning and protesting with their governments on this issue, yet no substantive international pressure or action has been taken against South Korea. The UN appears toothless and willing to turn and look the other way such a critical issue to both human health and humane treatment of animals.

We believe that the position you hold offers you immeasurable power that can persuade or demand immediate action in bringing an end to the disgraceful dog and cat meat industry in South Korea. Not only will you help to save countless numbers of defenseless animals in South Korea from a gruesome desolate existence, you will also be standing up for the will of the world in recognizing the monumental effort citizens have made in trying to bring about an end to this practice – you will show us you are listening and that the trust that people have in you as an international leader is well founded.

Ashley Montagu, (Humanist of the Year, 1995) said, “The indifference, callousness and contempt that so many people exhibit toward animals is evil first because it results in great suffering in animals, and second because it results in an incalculably great impoverishment of the human spirit.”
Please remember that the actions you take today will ultimately forever define your legacy.

Secretary General Guterres, we respectfully ask that you use your substantial influence and leadership to immediately address this despicable practice and help bring an end, once and for all, to the unimaginable cruelty of the dog and cat meat trade in South Korea.

The favor of your reply with your signature is requested. We sincerely thank you for your attention to this matter. 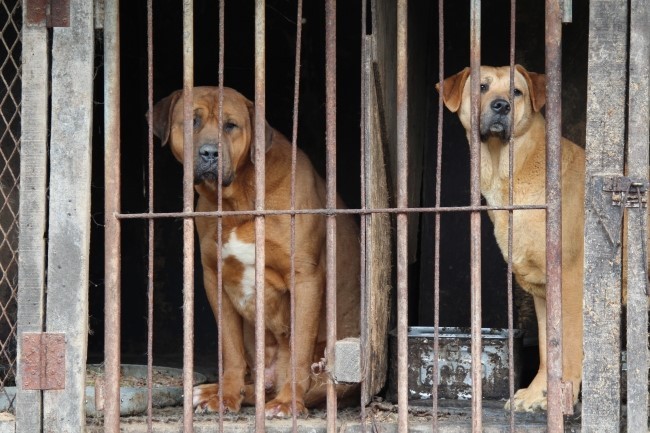